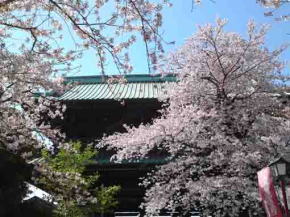 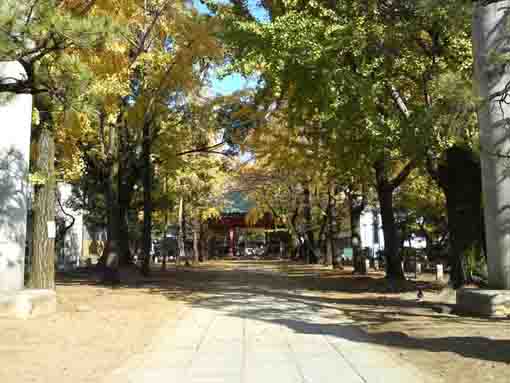 The Route 14th called Chiba Kaido Highway was called Moto Sakura Michi Road in Edo period. It is a usual road, but many heroes in Japanese history has passed the road. The Prince Yamato Takeru landed a shore along it, there are some temples having statues of Buddha carved by Gyoki Bosatsu. The daughter of Takasue Fujiwara, the writer of Sarashina Diary, and her family passed it when they went back to Kyoto. Yoritomo Minamoto, the first Shogun of Kamakura Bakufu, the Founder Nichiren, Socho, a famous renga poet and so on passed it, too. In Sengoku period, many samurai worriers such as Satomi Famiy marched it, Ieyasu Tokugawa, the first Shogun of Edo Bakufu, built Onari Kaido Highway to go hawking. Moreover, many poets and writers passed the road and they recorded the noted views along it in some books such as Myriad of Leaves. Issa Kobayashi, Basho Matsuo, Ikku Jippensha, Shiki Masaoka, Sachio Ito, Kyoshi Takahama and so on wrote them in their books. Especially, Kafu Nagai wrote very specific information in his diary 'Danchotei Nichijo'.
Moto Sakura Michi Road is a very exciting course since visitors could find some footsteps of historical and cultural heroes in Japan. Why don't you walk along it?
page top