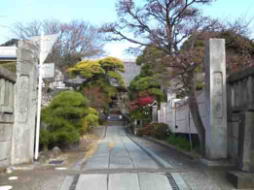 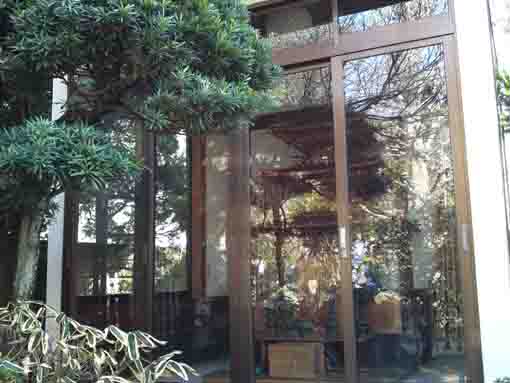 Yakuosan Tomeiji standing in Higashi Nakayama, Funabashi City Chiba prefecture is a temple belonging to Jodoshu in Buddhism. Its approach roads opening to the Route 14th called Chiba Kaido shows seasonal colors. And there is a three-story pagoda standing in front of the main hall of it. Tomeiji Temple has been famous for its Yakushi Nyorai carved by Gyoki Bosatsu since Edo period. According to Katsushka Shiryaku (a guide book describing Katsushika published in Edo period), Yakushi Nyorai is highly responsive to prayers. Yakuosan Tomeiji Temple has been believed for several hundred years. Why don't you visit it?
このページの先頭へ

The History of Tomeiji Temple

Tomeiji Temple was built by the venerable Seiyo in 1557 in late Muromachi period. It dedicates the statues of Amida Nyorai as its principle image, Enko Daishi (the venerable Honen) and Yakushi Nyorai in it. Especially, Yakushi Nyorai is very old Buddha in this area and it is a woodcut that is said to be carved by Gyoki Bosatsu. And there is an old signpost scribed Beda Yakushi Norai on it. Beda is this area's name several hundred years ago, and some rice paddy (now houses standing) near this temple was called 'Yakushi Shita (under Yakushi)'. Anyway, Yakushi Nyorai in Tomeiji is named Juni Shinshoin and it has been believed to be highly responsive to prayers.