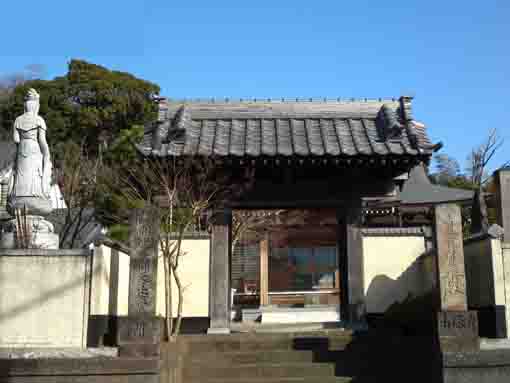 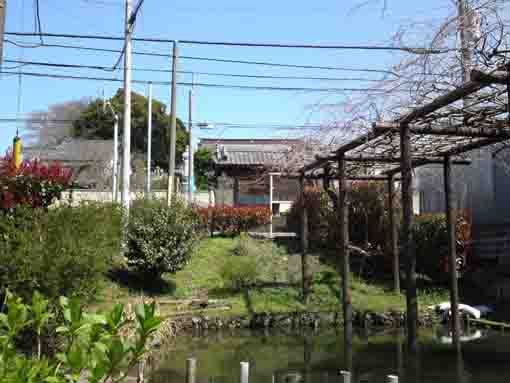 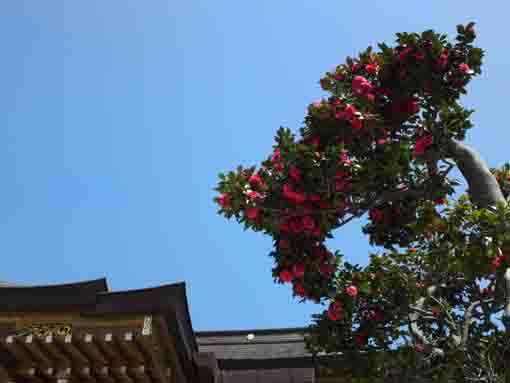 Hojusan Tamonji Temple is along the Route 14 called Chiba Kaido Highway (old name was Sakura Kaido Highway) near Nakayama Hokekyoji Temple. This temple has the statue of Bishamonten carved by the Founder Nichiren, and it is standing at the land where a ferry called Futagoura that Nichiren had shipped to Kamakura had been, so some say that there had been a seashore on the south of the Route 14 in Kamakura period or before. And there are many springs in this area, Futago Fuji no Ike Pond on the south of Tamonji Temple is one of these springs preserved to show the landscape of the area had used be. Moreover, there are many underdrains flowing on between Shimousa Nakayam and Nishi Funabashi Station that show the area has rich water.
Hojusan Tamonji Temple and Futago Fuji no Ike are wonderful landmarks they tell the history and the nature of this area. Why don't you visit them?
page top

Hojusan Tamonji Temple was built by the venerable Nichiden in 1298. Nichiden was one of the nine great priests in Nichiren Sect. He believed the Founder Nichiren and he was given the statue of Bishamonten carved by Nichiren to propagate. Then he built this temple.
The statue of Nichiren in this temple was carved in Kyoho Era (1716-36).
This area was called 'Fugagoura' in Kamakura Era and before, it was a ferry that the Founder Nichiren got on a ship to go to Kamakura to propagate. Moreover, there is a statue of Jibo Kanzeonbosatsu dedicated in the temple.

The Access to Tamonji Temple and Futago Fuji no Ike

The Landmarks Neighbor Of Tamonji and Futago Fuji no Ike