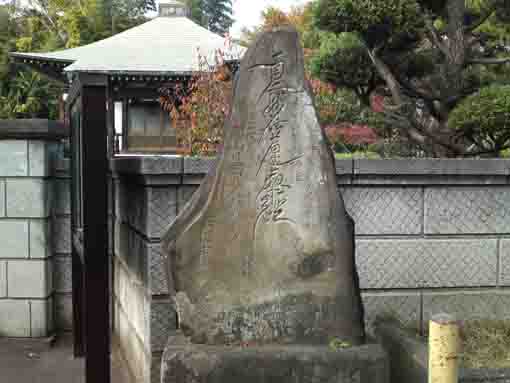 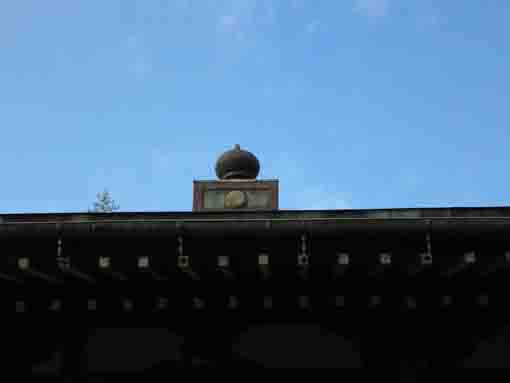 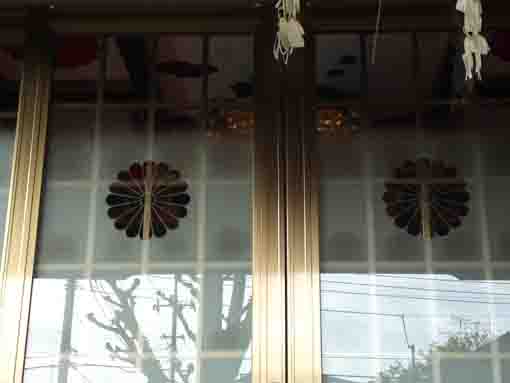 Houmesan Anrakuji Temple is the first nunnery of Nichiren Sect. According to legends, Anrakuji Temple was built by the Princess Tokiwai, a daughter of the Emperor. Then, there are some imperial chrysanthemum emblems on the main hall of Anrakuji Temple. It was built in Kamakura Period little bit after the Founder Nichiren stayed in Nakayama. Moreover, the land name 'Houme' means exemption from taxation since Kamakura Bakufu exempted land tax from this area instead of supporting the princess to live in comfort. The temple stands in a very silent district.
Why don't you visit Houmesan Anrakuji Temple?
page top

The Legend of the Princess Tokiwai

There is an area named 'Houme' on the north of Nakayama Hokekyoji Temple and Houmesan Anrakuji Temple is standing there in Houme.
In Kamakura period, the sea came deep into the center part of Ichikawa city and formed an inlet, so it was a part of Mama no Irie (Mama Bay) that was famous for the legends of Mama no Tekona (the beauty Tekona).
In the reign of the Emperoor of Gofukakusa, two ladies wearing some beautiful kimonos drifted ashore in the bay. One was young and another one seemed to be her attendant. The young lady covered her face with thin silk but her beautiful black hair showed people that she could be a lady of high birth. Then they stayed by the bay. (According the history of Shoganji Temple, they stayed there)
After a while, the rumor of them flew to Kamakura and officers of Kamakura Bakufu investigated specific information about her, and they found that she was a daughter of the Emperor Gofukakusa in Kyoto so she was the Princess Tokiwai no Miya. The officers said that the princess had an incurable disease that many strange abscesses were on her face. She deeply worried about it and she left the Imperial Palace. She took on a small wooden boat. Finally, she was drifted to Shimousa Province.
The officer told that their land tax could be exempted if the villagers would support her life well. Therefore, the district has been called 'Houme' that means 'exemption tax'.
At the same period, the Founder Nichiren stayed in Wakamiya (Nakayama Oku no In)and he held the 100 Day Sermon there. The Princess Tokiwai went to listen to him. When she met him, Nichiren gave her a charm to cure her disease.
The miraculous effect of the charm was great, the Princess Tokiwai was getting better day by day, and she could regain her beautiful face
Later she shaved off her beautiful long black hair and named Nikkoku to be a nun. She also built a temple in Houme so this is the first nunnery of Nichiren Sect, Houmesan Anrakuji Temple.

The map of the noted spots near Anrakuji

PDF of the map of the noted spots along Mama River
127 Houe-cho, Ichikawa-shi, Chiba-ken
page top

The Landmarks Neighbor Of Anrakuji Temple