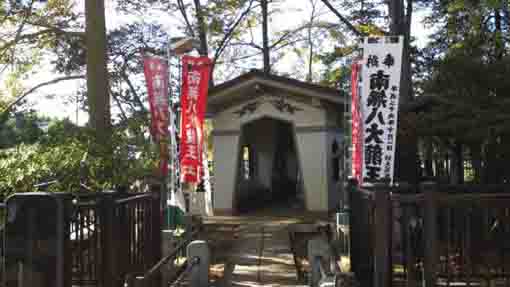 
The Hachidai-ryuo-do dedicates the Hachidai-ryuo whose eye was opened by the founder Nichiren. The hall stands on the small island on the Ryuo-ike pond in Nakayama Hokekyo-ji Temple. It is told the god of rain. Today, it is worshipped as the good of business, so many believers come and pray.

In May, hundreds of irises bloom, in June, some Japanese hydrangeas bloom, in summer, hundreds of lotus flowers bloom in the pond. In fall, ginkgo trees change flash yellow. They are very beautiful and many visitors love to see them.

According to regend, the founder Nichiren prayed for people near Hokekyo-ji who had been suffered with drought. He set alter to dedicate the Hachidai-ryuou (the eight great dragon gods) here, and prayed for falling rain. Finally he helped the people.
According to Edo-Meisho-zue, the Ryuo-ike pond was much larger than here in now. And there has never been a drought anymore since then.
Hachidai-ryuou possesses miraculous power, this rumor has spread not only among farmers but also among fishermen and businessmen, now it is also worshipped as a god of advancement, in addition, students preparing for examinations come to pray. 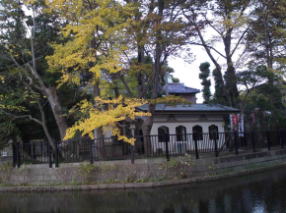 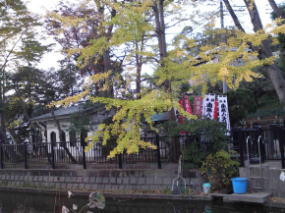 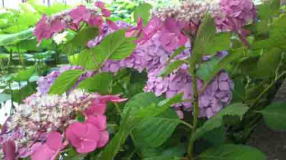 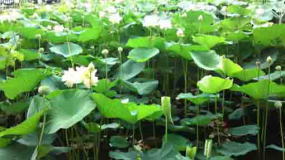 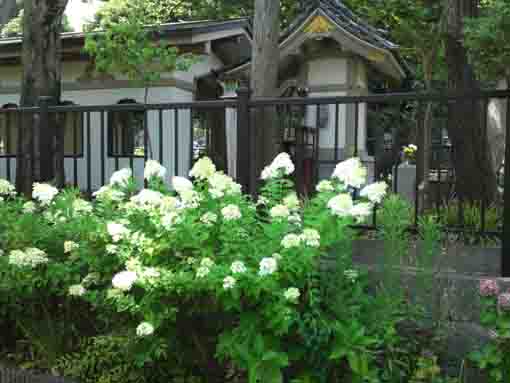 The Movie of Lotus Flowers Blooming in Ryuoike Pond