Higashiyama Kaii Memorial Hall is located on near Nakayama Hokekyo-ji Temple in Ichikawa City. The hall is very small and kawaii art gallery, it has a wonderful European style building and a garden called the wood of Kaii, and a cafe 'Hakubatei' where you could enjoy seeing the garden and talking about the works exhibited at the hall. Calling on Higashiyama Kaii Memorial Hall on your walk is good way to change your mood.
page top 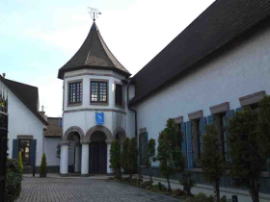 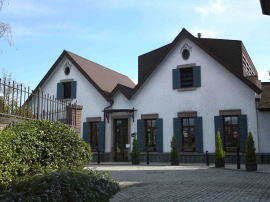 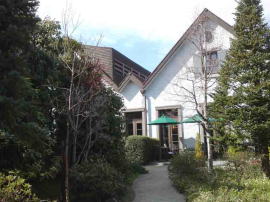 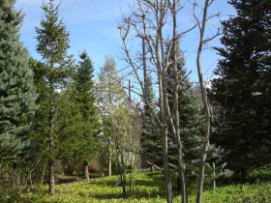 Higashiyama Kaii Memorial Hall was open on November 2005. Kaii Higashiyama represents Japanese art of the 20th century, and he spent great part of his life in Ichikawa City.

Soon after the WWII ended, Kaii Higashiyama moved to Ichikawa in 1945 and he stayed until he passed away in 1999, this 50 years of his life in Ichikawa and his glorious works and arts were Ichikawa’s pride. Even though Kaii HIgashiyama was called as a great artist, he studied his style of art like a monk practicing asceticism. His life exactly showed on his peaceful and calm paintings. His life and his character formed his world. The Ichikawa City Higashiyama Kaii Memorial Hall has the concepts of A Man Kaii Higashiyama, and it stores the collections of the art material and the materials connected to his life in the exhibition.

The building is a western-style octagonal-shaped tower that obtained German concepts Kaii Higashiyama got influenced a lot and he also created his basis and thought and during his study there. The tower has a basement and two floors.

1st Floor
The first floor of the octagonal-tower has an exhibition room on the right of the entrance, it exhibits his life records, there are some books and materials he left, so visitors could experience the life of Kaii there. And there are a cafe and a shop on the left.

2nd Floor
The works of Kaii Higashiyama are exhibited in the second floor. You could enjoy his Japanese Arts, sketches, lithographs and so on in the Kaii Higashiyama's world there.

Kaii Higashiyama was born in Yokohama City in Kanagawa Prefecture in 1908. His Father was a ship chandler. He moved to Kobe City in Hyogo Prefecture when he was 3 yeras old because of his father's business. After World War II, he moved to Ichikawa city and he lived in Nakayama until he passed away.
Kaii Higashiyama was a great painter of Japanese arts, and he was a writer and he left many books. He was called as one of the greatest artists represent the art in Showa era. In 1965, he was appointed to the member of Japan Art Academy, in 1969 awarded The Order of Culture. Commended as Person of cultural merit, and in1974 appointed as chairman of Nitten. In 1988, and Kaii Higashiyama awarded the First Class Order of the Sacred Treasure. Ichikawa City presented honorary citizen’s title.

In 1926 Kaii was graduated from Hyogo Prefectural Hyogo High School and entered the Nihon-ga department of Tokyo School of Fine Arts (currently Tokyo National University of Fine Arts and Music), and graduated with commendation in 1931. After the graduation, he studied under Somyo Yuki. Kaii spent a lot of time travelling, mostly in Japan and China, but also made several trips to Europe. In 1933, he studied German at the Berlin University (currently Humboldt University) from 1933 to 1935 and in 1962 he travelled around the Nordic countries. He traveled Scandinavian countries, Germany, Austria, and China, and drew many works themed the sceneries of these countries.

In 1947, Kaii won the special prize at "Nitten (Japan Fine Art Exhibition) ," the largest competition art exhibition in Japan. His work 'Afterglow' won the hiest hornors and was purchased by the Government. This led him to pursue seeking his own style, later found as a landscape is his major motif. In 1950 of 6th Nittten, he exhibited a painting "the road," in which his simplicity was well recognized. 1956 Won the 12th Japan Art Academy Prize, which was exhibited on 11th Nitten exhibition 'Lightdark'. His famous works are 'Figure of Four Season of Sun and Moon' (1960) in Togu Palace (present Akasaka Estate), 'Dawn of the Tide' (1968) in New Imperial Palace, 'Benign Light' (1981) in Toshodai-ji Temple and 'Green Breez' (1985) in Ichikawa City Cultural Big Hall.

In 1940 Higashiyama married Sumi Kawasaki. His given name was Shinkichi. 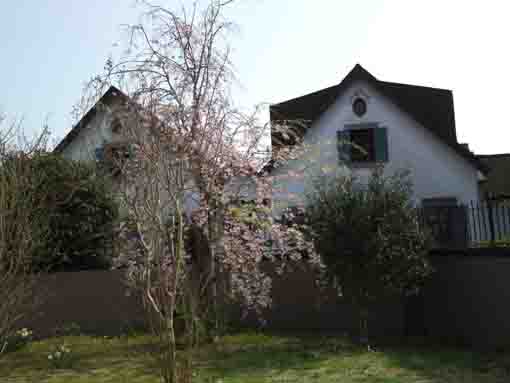 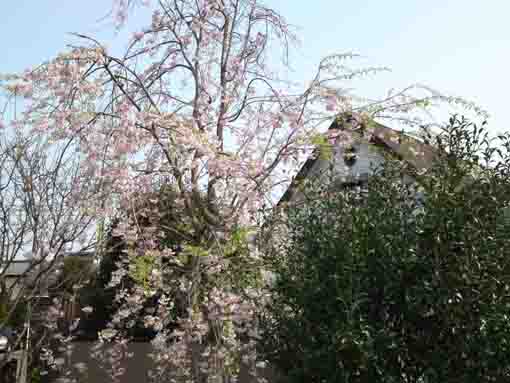 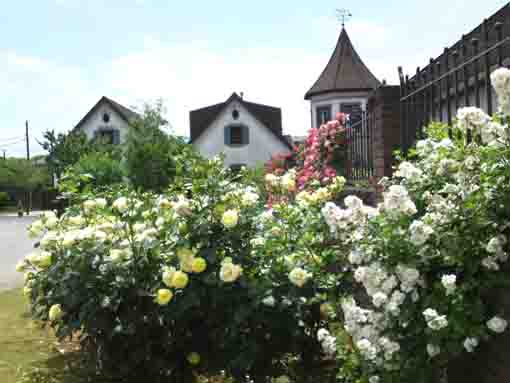 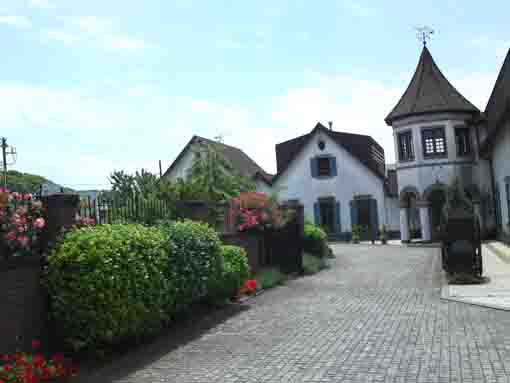 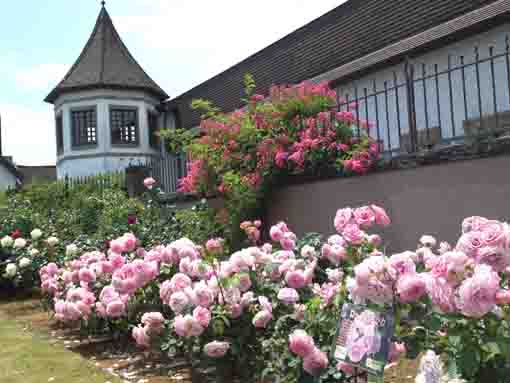 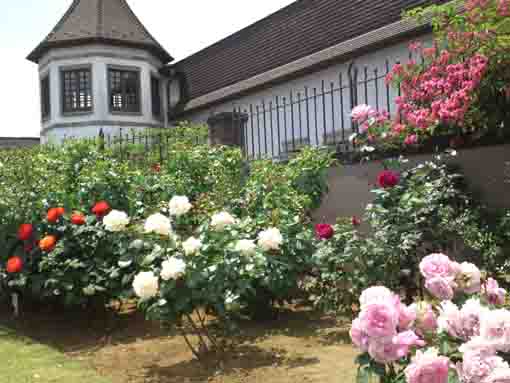 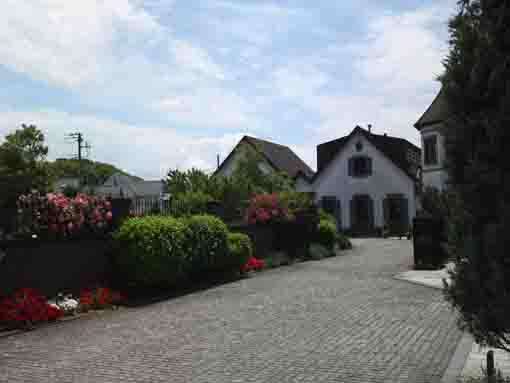 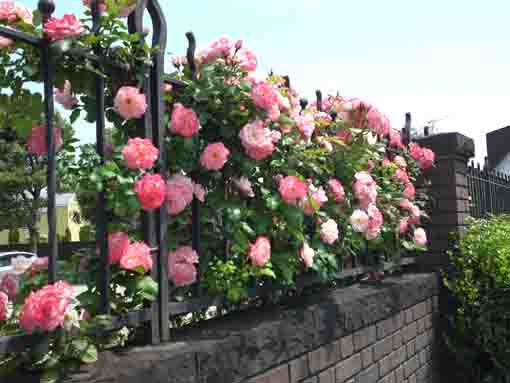 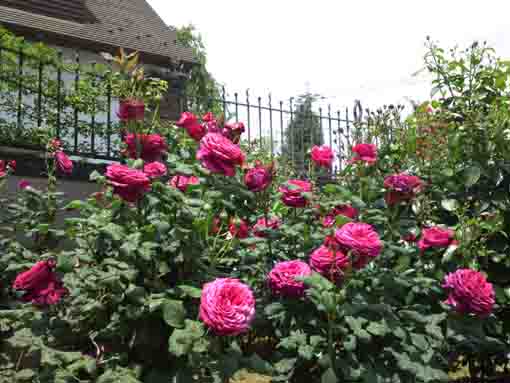 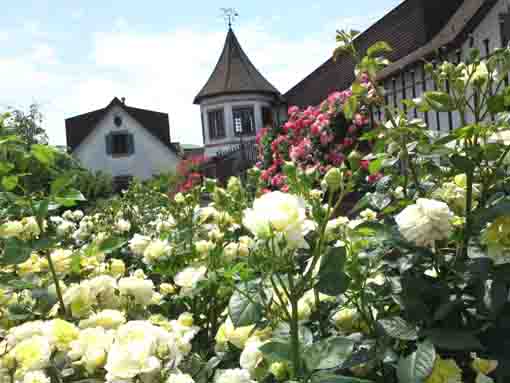 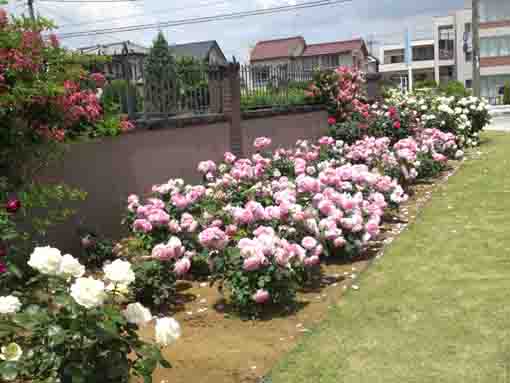 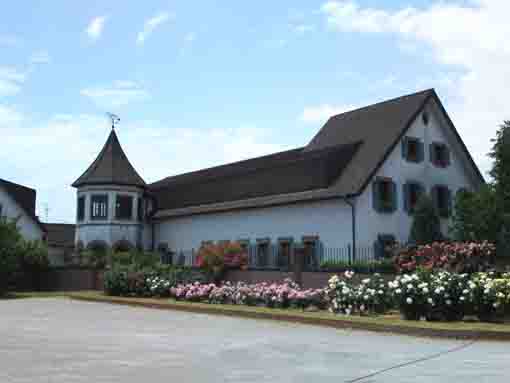 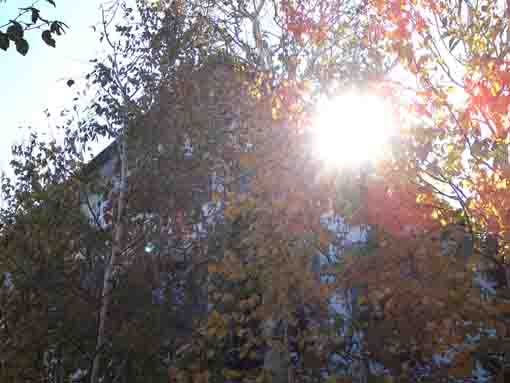 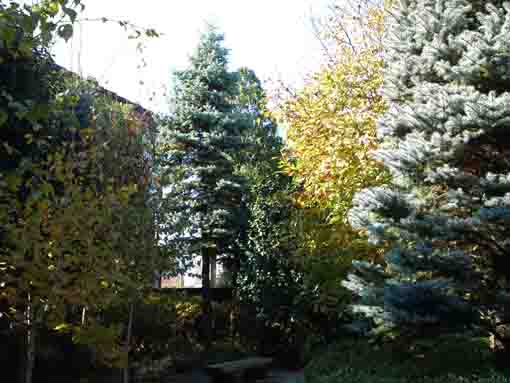 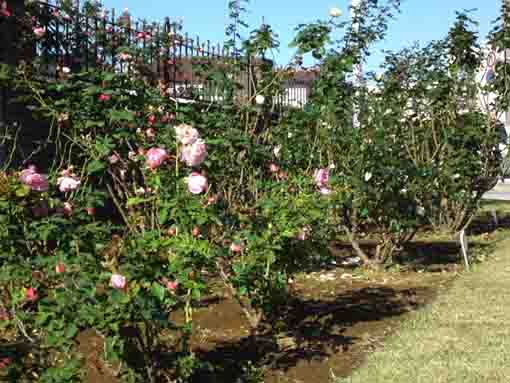 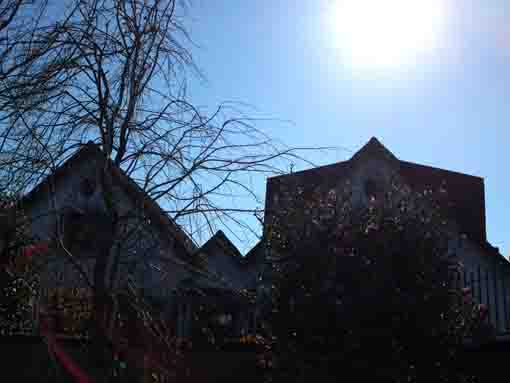 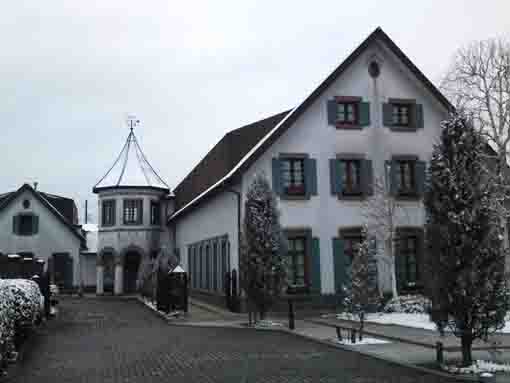 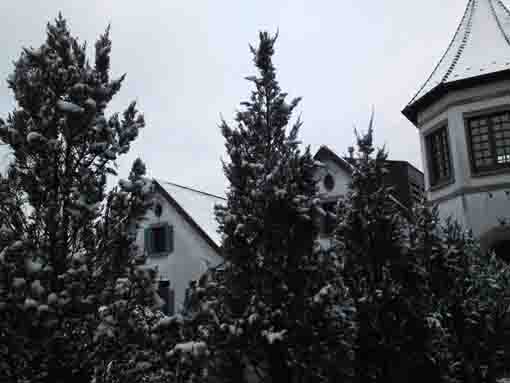 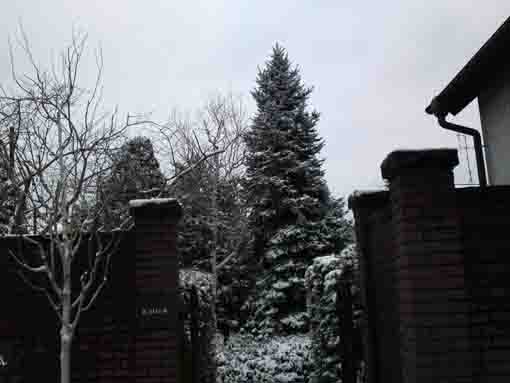 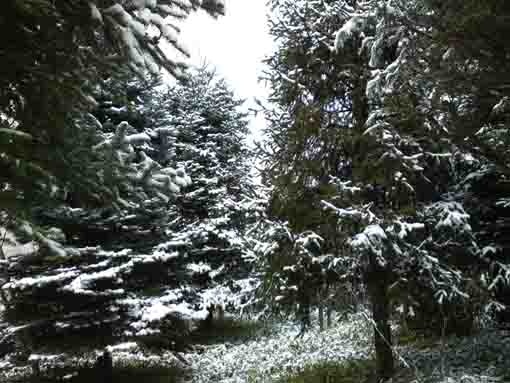 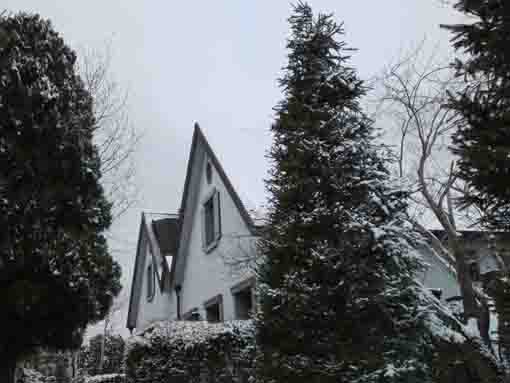 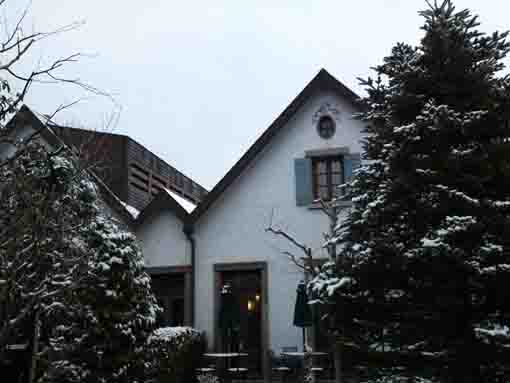 In every season, it is always beautiful Kaii's Forest in Higashiyama Kaii Memorial Hall. In spring, cherry blossoms blooming in its parking, and roses blooming beside the parking and the approach road in early summer and fall. The roses specially suit for the hall. Of course, colored leaves paint the forest in fall. And it is very lucky, if you could see the hall covered with snow in winter.
page top

PDF of the map near Hokekyoji and Kaii Higashiyama
page top