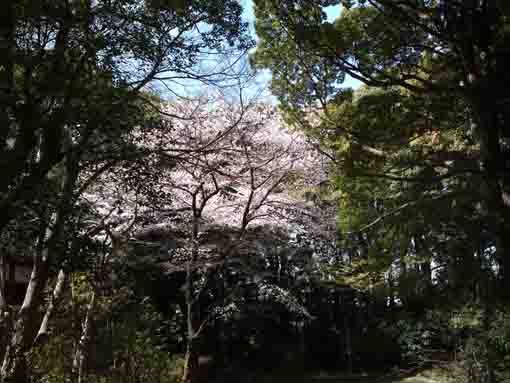 Passing through Hodenmon Gate standing behind Soshido Hall of Nakayama Hokekyoji Temple, there is a path between tall trees like woods, and the end of path, a unique shaped white tower is standing. It is called Shogyoden Hall designed by Chuta Ito, a famous architect from Meiji to Showa era in Japan. On the left side of this building, a small wooden gate called Zuimon that the gate of the incantation of Nichiren Sect is standing. In spring, cherry blossoms paint on the green woods with sakura color.
Why don't you visit Shogyoden Hall in Nakayama Hokekyoji Temple?
page top 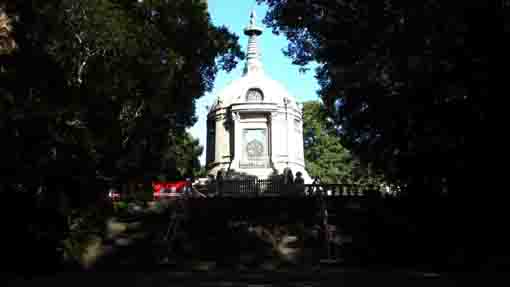 1. This building is called 'Shogyo-den'.
Nakayama Hokekyo-ji carefully keeps the two national treasures written by the founder Nichiren (Risho-ankoku-ron and Kanjin-honzon-sho) and the 64 important cultural properties. Shogyo-den was built by combining the best modern technology to keep them completely safe and long time, and to avoid thiefs, fires, blight and harm of the moisture.

1. This building was built in Showa 6th. The plan to build it started 7 years before, Professor Mitsuyoshi Yamada, the professor of law in Tokyo University and the chairman of Hokke-kai led the plan, Hokekyo-ji and the business office of Nichiren Sect had got much support, then it had completed. The designer was Chuta Ito, the professor of engineering in Tokyo University.

1. 'The foundation To Keep the Shogyo' was established at the same time as Shogyo-den was built. It tries to keep the properties for long now. 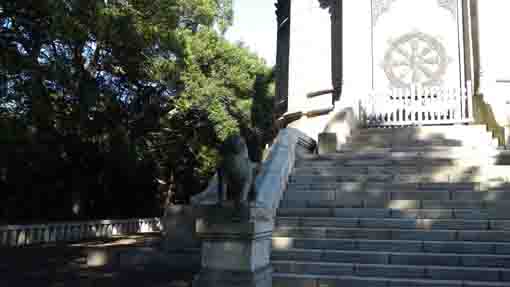 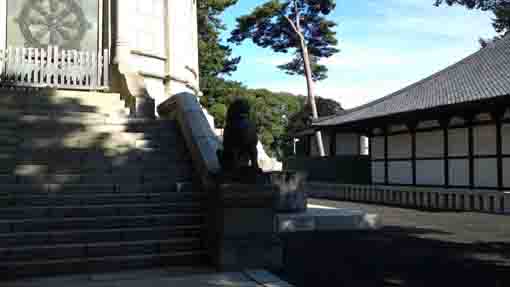 Chuta Ito was an architect, a scholar and a historian studying architecture and a professor at Tokyo University.
Chuta Ito was born in October 26th of 1867 in Yonezawa, Yamagata-ken. He went to Tokyo in 1873 since his father became an army surgeon and he moved to Sakura in Chiba-ken in 1878. In 1879, Chuta entered Shikayama Junior High School (now Sakura High School) and he started studying German at Tokyo Foreign Language School in 1881. However, the school was closed, then he entered Daiichi Koto Chugakko in 1885. He graduated from Tokyo University in 1892. Chuta continued studying the architecture at the university. Next year, he presented his famous work 'Horyuji Kenchikuron' (the architecture theory on Horyu-ji Temple), he discussed to comparison between Horyuji Temple and Parthenon in Greece in his report. Later, he taught at the university. He had researched classic or ancient buildings and remains among Asia (Japan, China and India) and he formulated the system of studying the history of the architecture in Japan and Asia. He became a member of the Committee of the Preserving National Property and he worked hard to keep them. Later He was elected as a member of Japan Academy and Japan Art Academy. In addition, he was the first architect awarded the Order of Culture. He was awarded as the First Honorary Citizen in Yonezawa City in Yamagata-ken in 1954. He was passed away in April 7th in 1954.

The founder Nichiren dedicated it for the dragon god to pray for rain.

It enshrins Ugazin who is the guardian deity of Hokekyou-ji Temple. Ugazin is the god of business, wealth and happiness.

It dedicated Hokushin Myouken star that the Chiba clan deeply believed, Hokekyou-ji traditionally succeeds. In November, Tori-no-ich is held in the site to dedicate the star.