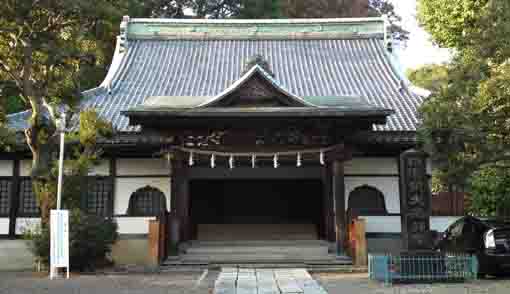 Every year from November 1st to February 10th, over 100 priests gather The Grand Head Temple to enter in the 100 days asceticism that they keep strict rules to study with white cotton clothing in cold season.
Both the first day of entering the grand asceticism in November 1st and the final day of completing it in February 10th, several thousand people including family members and supporters of the priests and neighbors come Nakayama Hokekyouji Temple to congratulate them, and the ceremonies in both days conducted in solemn atmospheres. Especially, the ceremony in the final day gives visitors similar experiences to the priests little since they stand very cold to wait for them for a few hours in very early morning.

Tanka Poems describing the 100 days asceticism below are written by the venerable Nichiun, the 116th abbot of Nakayama Hokekyoji Temple, who had experienced the asceticism several times.

おこなふは粥をすすりて水冠り法のためにはなにかいとはん
okonau wa kayu wo susuri te mizukamuri norito no tameni wa nanika itowan
only could do drink rice porridge and dash water over myself, to complete Buddha's preaching, nothing I would run away from.

菰をしき粥をすすりて水冠り身におふつみを洗ひすすがむ
komo wo shiki kayu wo susuri te mizu kamuri mi ni ou tumi wo arai susugamu
Spread a mat and drink rice porridge while dashing water over myself to wash out some sins on my own.

Every year from November 1st to February 10th, the 100 days asceticism in cold season is held in The Grand Head Temple of Nichiren Sect, Shochuzan Hokekyo-ji Temple at Ichkawa city, Chiba prefecture. This asceticism is very famous, it was said one of the hardest asceticism in Japan.

Every year over hundreds of priests gather and practice for 100 days in the cold winter season, it is really very hard and austere discipline.

Neither all priests belonging to Nichiren Sect can enter the discipline, the priests past the rule could only attend the practice. For example, the priests should be healthy. Those priests succeed the skill by word of mouth. It is very hard discipline to learn how to practice healing.

The schedule in a day of the priests practicing the asceticism starts 2:00 am. Then they throw cold water on their own bodies seven times in a day from 3:00 am to 10:00 pm to purify themselves, this is called 'Suigyo'. And they read thousands of Sutras, write the succeeded important Sutras and learn 'Mokken-sosho' a important skill in Nichren Sect. They could eat a cup of plain rice porridge and a pickled plum twice a day.

After that, these priests go back to their temples and help their supporters and followers to their wishes fulfillments with the skills and knowledge they learned in the grand asceticism.

The Entrance Ceremony Of The Grand Asceticism Of Nichiren Sect

November 1st is the day of the beginning of the Grand Asceticism of Nichiren Sect, over 100 priests gather in Nakayama Hokekyoji Temple to practice for 100 days in the cold winter season. In this day, families and supporters come together to see their priests off near Zuimon Gate only the gate connecting to the Aragyodo Hall. 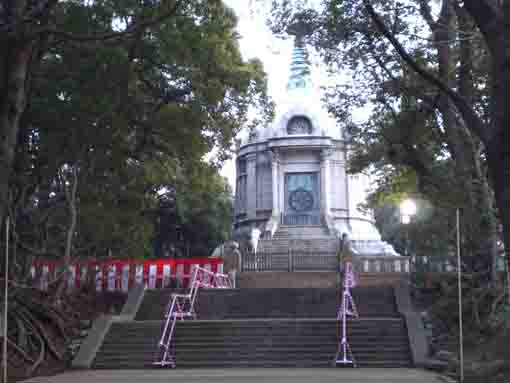 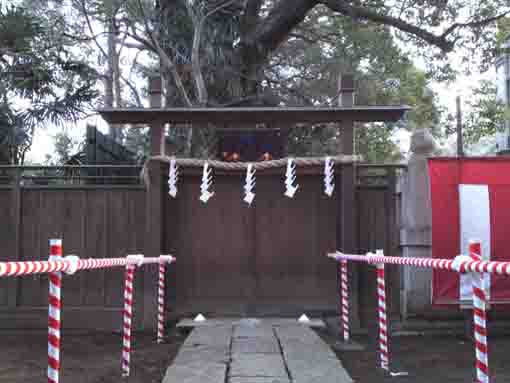 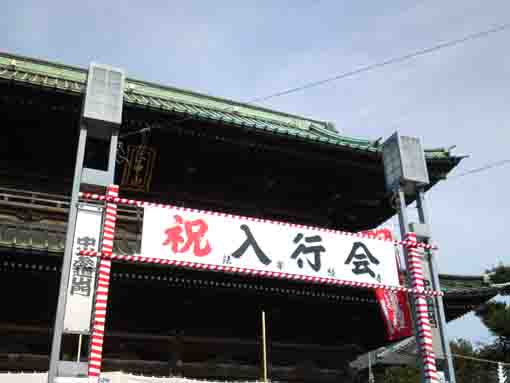 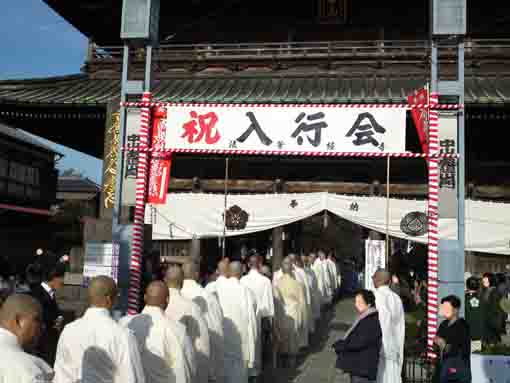 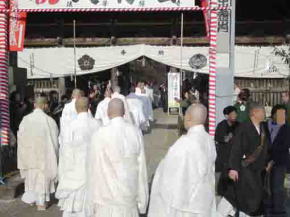 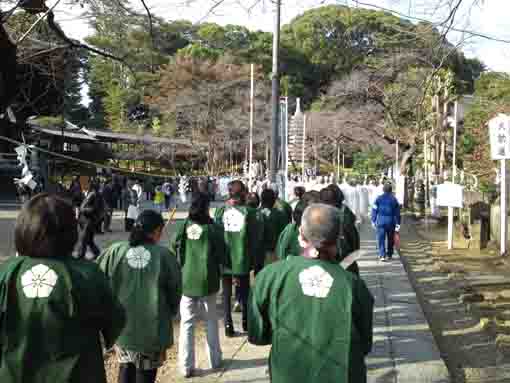 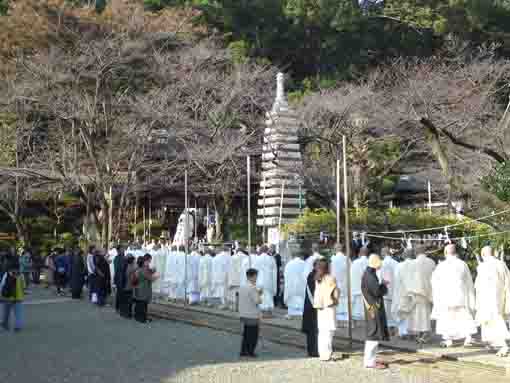 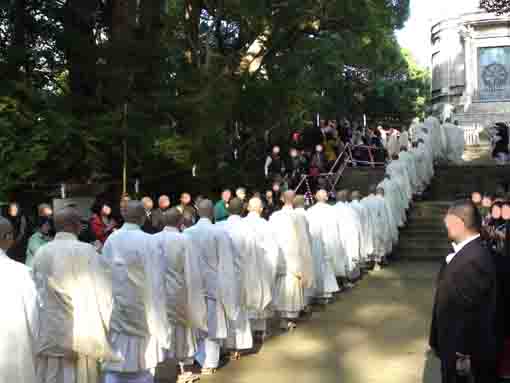 The Completion Ceremony Of The Grand Asceticism Of Nichiren Sect

February 10th is the day that the priests in the Aragyodo Hall complete their 100 days practices in cold season, so they leave the hall. Before sun rises, the families and the supporters of the priests gather and wait for them coming back. 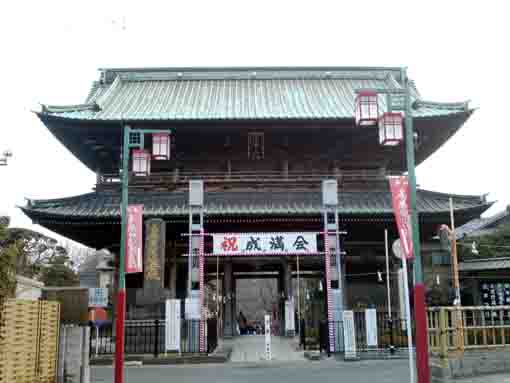 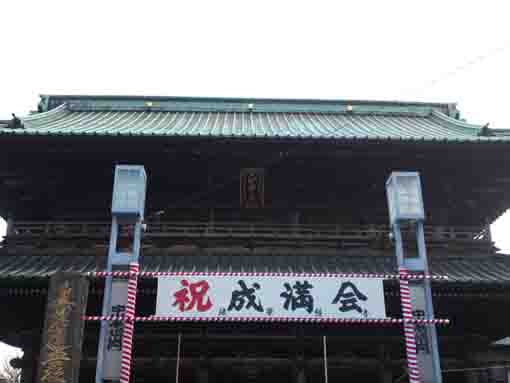 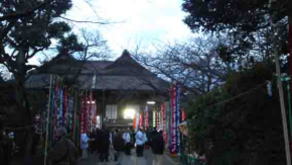 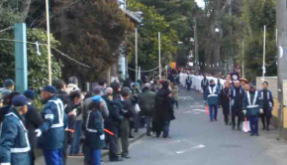 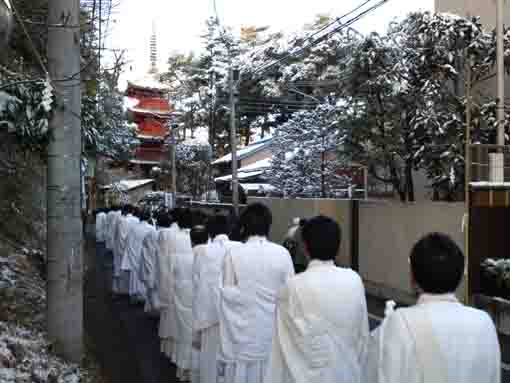 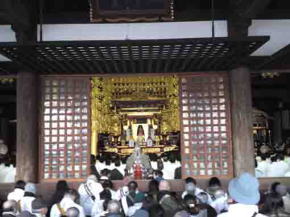 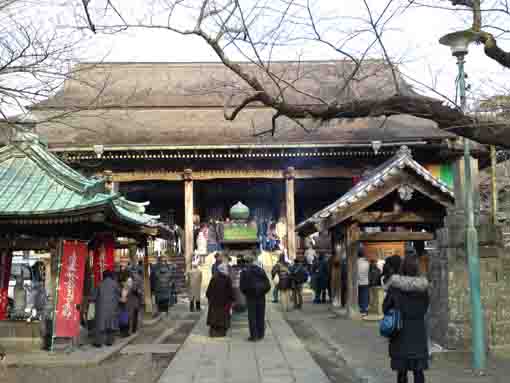 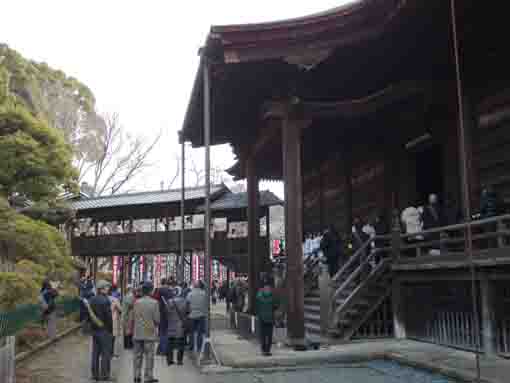 The Location and Access to Dai Aragyodo Hall of Nichciren Shu