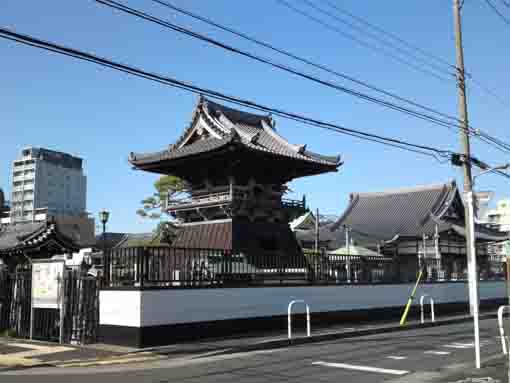 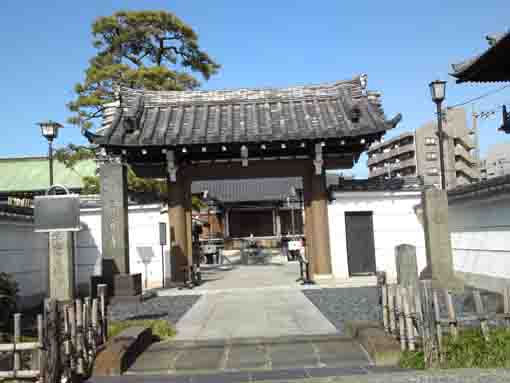 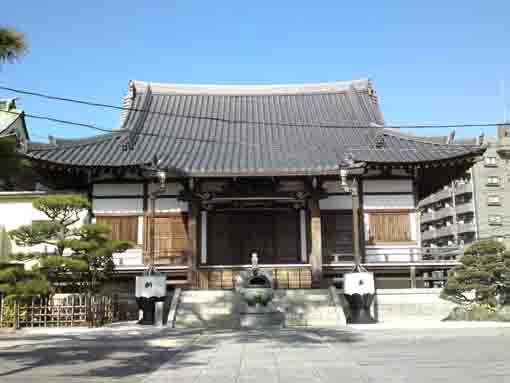 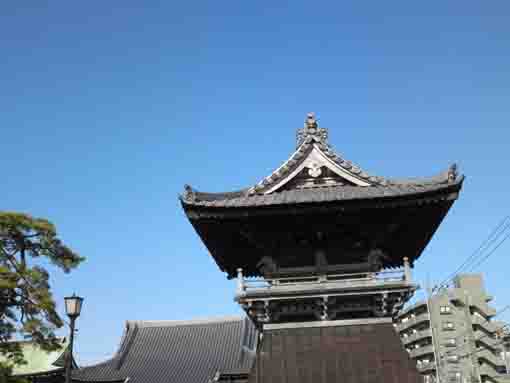 Shokakuji in Higashi Kasai, Edogawaku is a temple belonging to Shigonshu Buzanha. According to Shinpen Musashi no Kuni Fudokiko, a geographic guidebook describing Musashi Province in Edo period, Shokakuji was named Muryojusan Henshochiin and it was built by Ikutoku who was passed in March 8th in 1672, its principle image was the statue of Amida Nyorai carved by Gyoki Bosatsu. This implies that Shokakuji was built in the middle of 17th century. In Shokakuji, there is a tall bell tower with a beautiful tiled roof registered as a cultural asset of Edogawaku. In addition, it is one of the temples in Kasai Daishi Mairi (the pilgrimage to Daishi in Kasai).
page top

■ The Bell Tower in Shokakuji
It is a cultural asset of Edogawaku registered in January 1981.
The bell tower was built in late 18th century, and it has some designs in Edo period. In 1984, it was taken down and reconstructed to fix.

■ A Painted Mandala on a Sheet of Paper
It is a cultural asset of Edogawaku registered in March 1985.
This mandala was copied in 1819 at the grand head temple of Shingonshu Buzanha.

■ The Painted Picture of Nirvana on a Sheet of Silk
It is a cultural asset of Edogawaku registered in March 1994.
It is said that it was painted in late Edo period. It was painted carefully.

February 2003
Edogawaku Board of Education

The Bell Tower in Shokakuji Temple 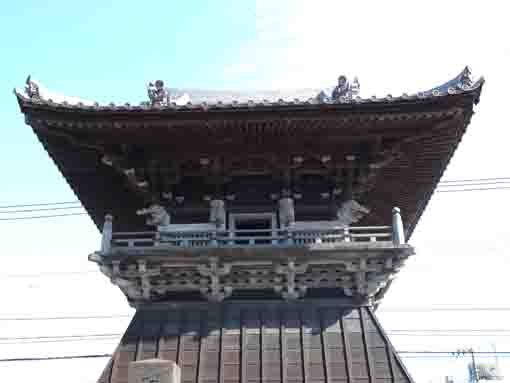 The Bell Tower in Shokakuji

This bell tower is a cultural asset of Edogawaku. The length of its beams is 5.4 meters width, and the length of its roof is 3.6 meters width. It has an irimoya tsukuri (a hip-and-gable roof structure) with tiles on and the structure of its bottom looks like skirt. The bell tower might be built in 1785 since the year of the bell was casted are scribed on it. Moshichi Kato, a carpenter in Ninoe, built it. The bell tower is very important historical asset to show the architectural design.

■ Reconstruction
As it has been standing in rain, storm, snow and so on for 200 years after the bell tower had built, it was taken down and reconstructed to fix. The reconstruction started in June 1984 and it completed in June 1985.
Basically, the old materials were used in and was faithfully reconstructed. However, some of them need to fix were resinated, and some had been heavily corroded were changed to new materials.

■ The Remains of the Basement Design called Soroban Chigyo
It was found while researching the bell tower. This design is to keep the weight of the bell tower and to avoid building subsided standing in damp ground, first some stakes were driven into the ground, then some wooden frames made of pine trees were put on and some candle stones were put on the frames, finally foundation stones were lain on them.
Actually, this design was found in some castles, and it was the first time that design used in modern temples.
This remains were buried again to preserving, therefore, the new foundation used some new ideas to avoid the weight on the remains.

November 1985
Edogawaku Board of Education 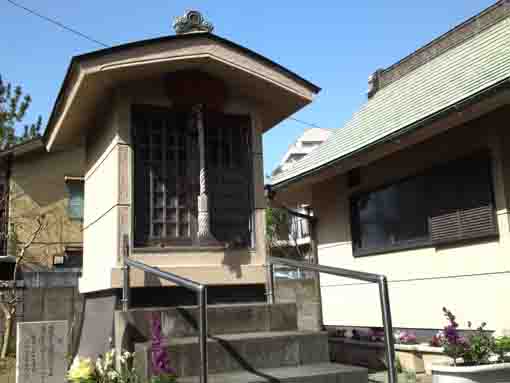 Nakamachi Jizoson is a sacred place that dedicates a statue of Jizo Bosatsu. It is on the northwest corner of a busy cross near Kasai Station. It is also a grave garden of Shokakuji Temple. In the site, there is a shrine named Kotsu Anzen Daishi (Kobo Daishi keeping traffic safety) dedicated.
Nakamachi Jizoson is one of the sacred places of Kasai Daishi Mairi (the pilgrimage to Daishi in Kasai) in Nakamachi and Shinden areas.
Why don't you visit Nakamachi Jizoson?