A Walk on the Pear Towns in Omachi and Ono 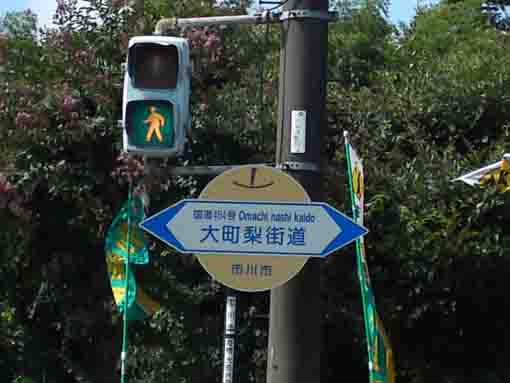 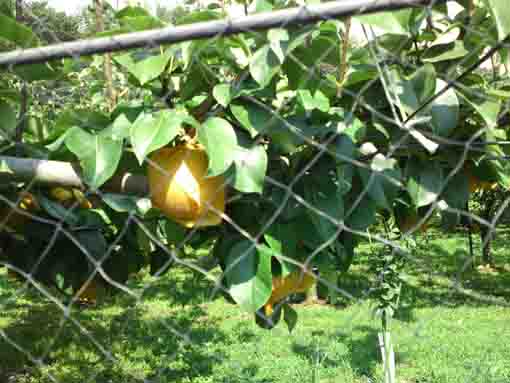 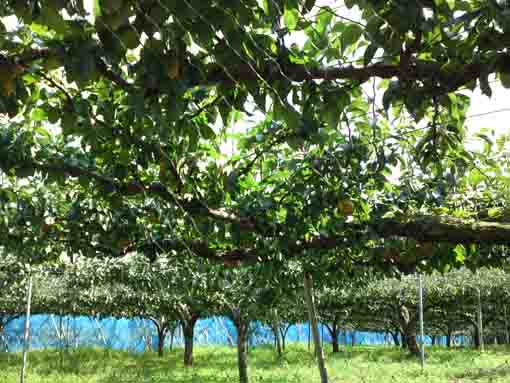 Ichikawa in Chiba is famous for Nashi or pears as its special products. In Omachi and Ono, in the northern part of the city, there are many pear gardens spreading over there and the route 464 through Omachi is called 'Omachi Nashi Kaido' since many direct sales of pears open along the road.
The history of pears in Ichikawa has started since Zenroku Kawakami born in the middle of Edo period planted in Yawata Ichikawa. After that, pears in Ichikawa was called Yawata Nashi in Edo period and Edo Meisho Zue (a guide book describing Edo in Edo period) introduced the pear gardens. In Katsushika Hachimangu Shrine, the stone monument of Zenroku Kawakami was built for his contribution.
Hokuso Kaihatsu Line Omachi Station is located conviniently for walking on Omachi Nashi Kaido and seeing pear gardens in Ono. Kosui, Hosui, Akizuki and Niitaka Nashi are sold at the direct sales along the Nashi Kaido, and some grapes are also sold at them recently.
Visitors could enjoy walking along the route 464 (Omachi Nashi Kaido) with much green and nature from Omachi Station to Akiyama Station on Hokuso Line or Ono Station on JR Musashino Line.

The Access to the area around Omachi Nashi Kaido