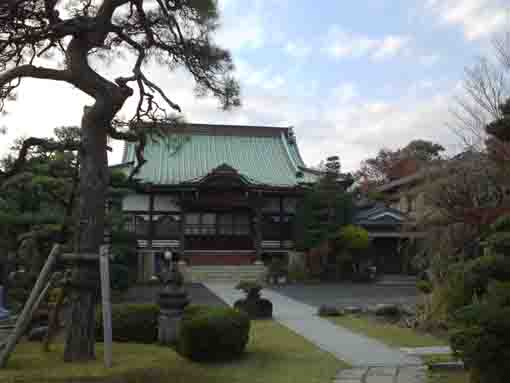 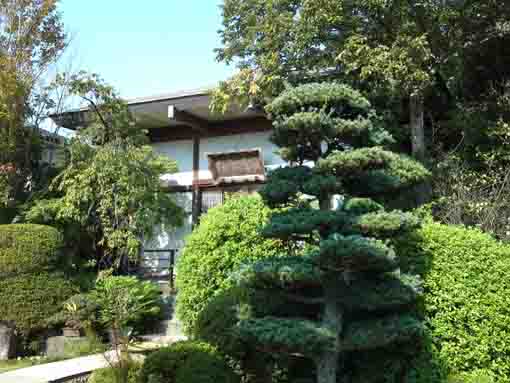 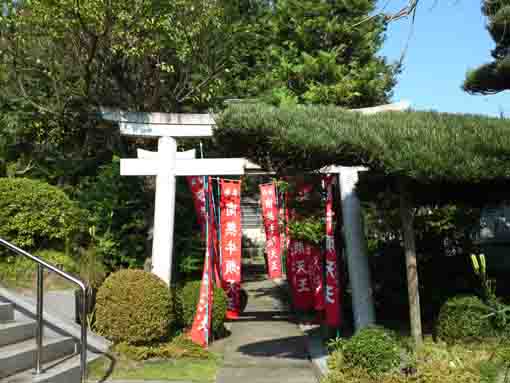 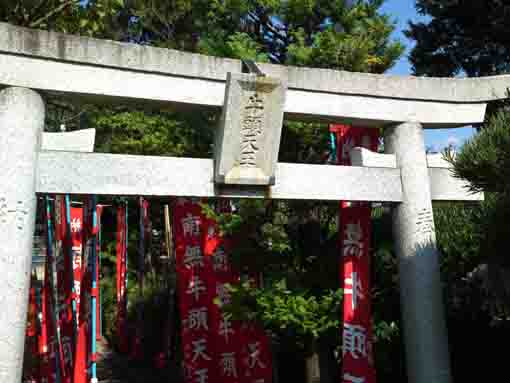 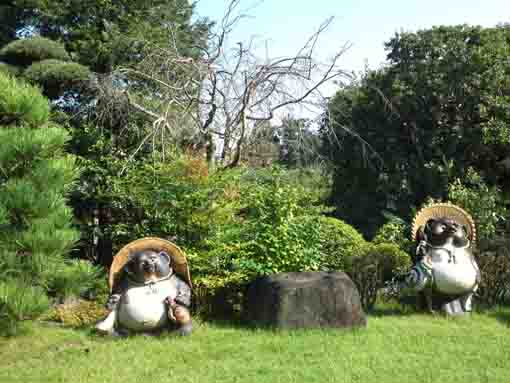 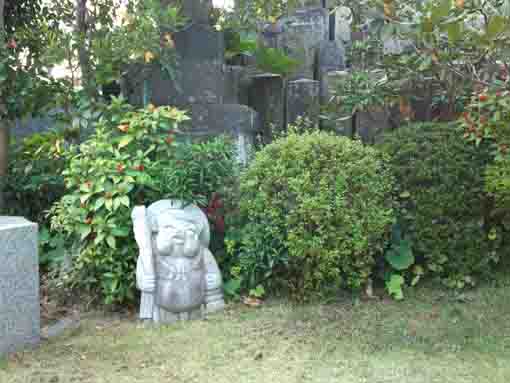 Soyasan Rairinji Temple is an old temple built by Myorin Nittei, a daughter of Nobunori Soya, one of great supporters of the founder Nichiren, stands on Tonodai Ono famous area for pear gardens in Ichikawa city. And there is Soyasan Horenji Temple built by Nobunor near it. Rairinji Temple is a very beautiful temple covered with much green. Moreover, in the temple there is a shrine that dedicates Gozu Tenno famous for the god giving children. And there are lagoon dogs made by Shigaraki Yaki in it, they look cute and jocular so visitors enjoy visiting Rairenji Temple.
Myorin Nittei was a Buddhist name, her name was Shibazakihime and she lived in between late Kamakura period and Nanbokucho period. She was born as a princess of Norinobu Soya, a master of a relative family of Chiba Clan, and she was married with Sadatane Chiba, the provincial governor of Shimousa and the 11th head of the clan. She had two sons, Kazutane and Ujitane. But her husband and sons had passed way before her. Then she built a temple to pray for the souls of her family where her father's body has been cremated. This is Soyasan Rairinji Temple. The name of Rairinji was named after her father's and her Buddhist name, her father was given 'Horen Nichirai' by the founder Nichiren, and she was Myorin Nittei, the name was combined his 'Rai' and her 'Rin', therefore Rai-Rin-ji was named.
Moreover, a small shrine of Gozu Tenno, the god giving children to faithful couples, has been dedicated. Some said she prayed for the god to get a child when she got married, then she could get two sons.
Soyasan Rairinji Temple is a very beautiful old temple with full of woods in the site, and Gozu Tenno was dedicated in it. Some wares of racoon dogs in the green field give visitors their lovely smile.
Why don't you visit Soyasan Rairenji Temple?