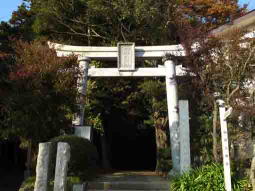 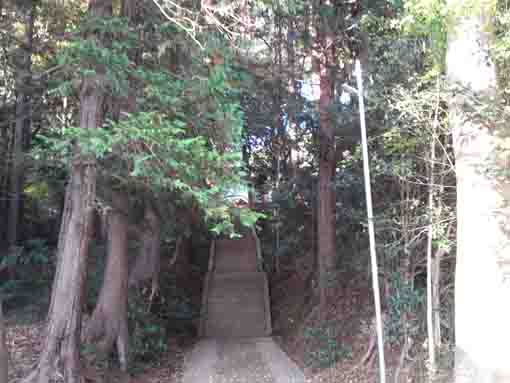 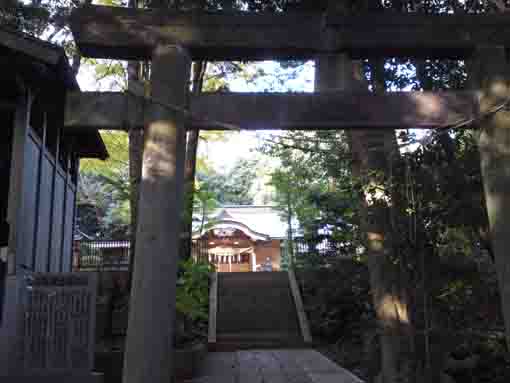 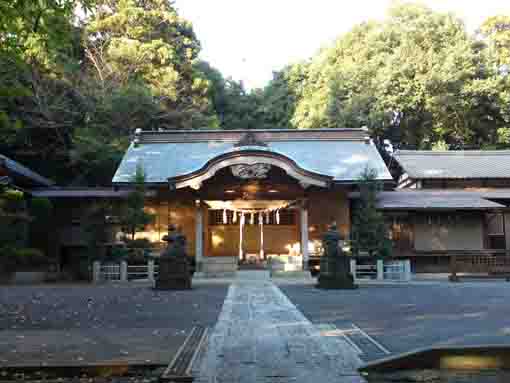 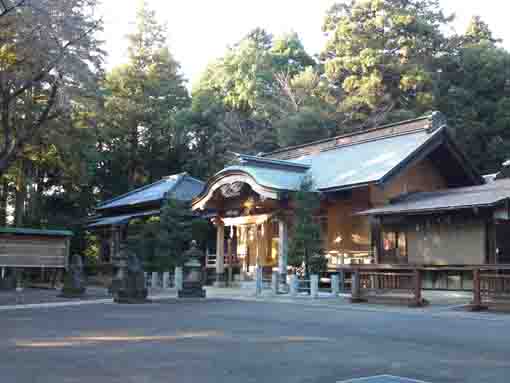 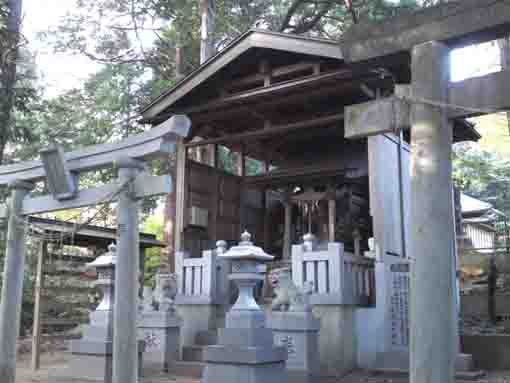 Komagata Grand Shrine stands on Tonodai in Ono-cho Ichikawa-shi Chibaken and its supporters succeeded the local tradition and culture in the area. Moreover, it has been supported by the people who has been respecting Masakado Taira the great samurai in Kanto. According to the fairy tales in Ichikawa, a priest of Horenji Temple on the hill at Tonodai saw three samurai worriers on their horsebacks beside his bedroom at night in long time ago. They told him that they could become guardians of their village to protect them from any disasters if villagers and the priest would dedicate them as ambassadors of gods. Then they ran to east. One of their horse was white. Next day, the priest found the footprints of the horses and he thought it was real. Then the priest followed their tracks and he finally reached at a wood. He told this story to villagers and they all said, 'It must be Masakado Taira'. Then they built a small shrine and they have protected it for a long time. This is the origin of Komagata Grand Shrine. Many people living in Ono and Ichikawa love and respect Masakado Taira even now. Therefore, they do not go Naritasan Shinshoji Temple since it was built to subdue him. They do not plant nandins and bellflowers in their garden since a bow used to kill him had made of a nandin and the name of a woman having fraud him was Kikyo (a bellflower). They do not feed white horses since the principle image of Komagata Grand Shrine is a white horse. Many of those people keep these taboos even now.
Komagata Grand Shrine has been supported by the people living in Tonodai area for several hundred years. The supports of this shrine keep a traditional festival 'Niramekko Obisha'.
And there are Goryo Jinja Shrine dedicating Kagemasa Goro Kamakura and Tonodai Tenmangu Shrine dedicating a god for Education, Michizane Sugawara in this shrine.
Komagata Grand Shrine is one of the best shrines for people who study both literary and military arts since it dedicates Masakado Taira, Kagemasa Goro Kamakura and Michizane Sugawara in it. And it tells visitors culture and history in Tonodai. Why don't you visit Komagata Grand Shrine?
page top

Komagata Grand Shrine dedicates Futsunushi no Kami as the main god and Masakado Taira, one of the greatest samurai worriers in Kanto appearing on some legends in Ono.
Komagata Grand Shrine has been keeping 'Obisha', a festival praying for rich harvest and safe guard in the village.
The villagers or supporters of this shrine assemble at Komagata Grand Shrine in January 19th to make scared strew ropes for the shrine together. Next, they make three mortars of rice cakes. They bake a 15cm diameter senbei cracker made by the rice cake from the first mortar for putting under the offerings on the gods. The rice cake from the second mortar would be three helmet shaped offerings. The rice cake from the third mortar would be divided as small pieces using for mochi fight by the supporters that they throw them at each other. It is good for them to avoid some problems when they are hit the mochi. Moreover, it could be efficient to avoid getting cold. Then the first day of the festival is ended.
Next day of 20th, they put the sacred straw ropes and offerings made the yesterday with some food and alcohol to the god and they all pray for in front of the main hall. Then they beat drums and chant 'namu myo ho ren ge kyo'. Finally, they drink some alcohol called Omiki and come back to the room. In the room, they are divided into two groups and two persons try to glare each other. A referee between them gives them beginning of the game, they drink some alcohol, if one of the two rough, he/she loses the game. And the loser must drink a large cup of alcohol. This festival is called 'Niramekko Obisha'.
Now the villagers and the supporters hold the events in accordance to a document copied in 1878 by the record written in 1859. After WWII, the festival has been held in only one day, January 20th at the office of the shrine. Niramekko Obisha was registered as a municipal folk cultural asset of Ichikawa city in 1965.
September 2003
Ichikawa-shi Board of Education

Kagemasa Gonnogoro Kamakura is dedicated
The festival is held in November 23rd
The History of Goryo Jinja Shrine and Kagemasa Kamakura
There exists a record that Honkoji Temple would built Goryo Jinja Shrine during Genroku Era (1688 - 1703). It originally had stood at the west part of Tonodai. It moved in Komagata Grand Shrine in 1908. The supporters of Komagata Grand Shrine built the shrine in 1998. (Some said that it would dedicate Masakado Taira).
Kagemasa Goro Kamakura was a descendant of the Emperor Kanmu, so his family belonged to Kanmu Heishi Clan, and he was a boss of Kamakura Clan. When he was 16 years old, he served Yoshiie Minamoto and attended the Go Sannen War happened in 1083. In the battle, Kagemasa was got an arrow in his right eye by Yasaburo Chokai. But he shot at Yasaburo with the arrow on his eye and he won the battle. After that his co-worker, Tametsugu Heita Miura put his foot on Kagemasa's face to pull the arrow out of his eye. But Kagemasa told 'It is good for dying at the battle field since I am a samurai, but I can't stand at stepping on my face!' Tametsugu Miura soon apologized at that and he put his knee on his head to pull it out. This was the famous story that he became one of the most popular hero among samurais in Japan. In 'Oshu Go Sannenki', they all praised him when people heard that.
In difference from other beliefs in Goryo, since villagers in Ono respected and loved some great feats of Kagemasa Goro Kamakura, they could build Goryo Jinja Shrine in Ono.

Please the spirit of the hero would stay here forever to support us!

The History of Tonodai Tenmangu Shrine

Tonodai Tenmangu Shrine that dedicats Michizane Sugawara was originally built in the middle of Edo period, it has been called 'Ogashiwa-cho no Tenjin sama (Tenjin God in Ogashiwa town) and has faithfully believed as the god of study since then.
At the age between Showa and Heisei Era, supporters of this shrine decided to build the new shrine since they believed this shrine deeply and many of them wanted to rebuild. In November 23rd of 1990, the new god came to the new shrine from Kitano Tenmangu Shrine in Kyoto, the head shrine of Tenmagu in Japan.

The Landmarks near Komagata Grand Shrine