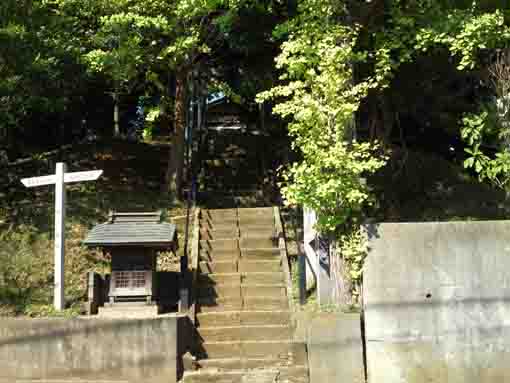 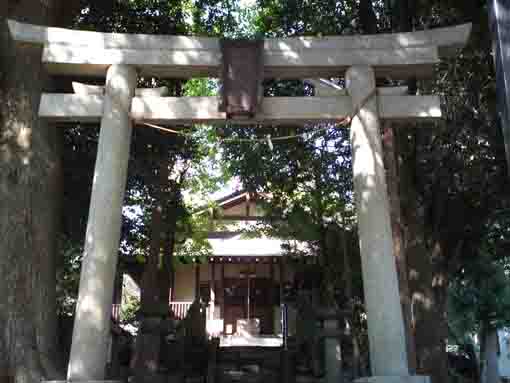 The Legends of Masakado Taira and Tenman Tenmangu Shrine

Tenman Tenmangu Shrine in Ono is a branch Tenjin Shrine of Kitano Tenmangu Shrine built by Masakado Taira, the victor in Kanto region, in 938, this original story was written in a hanging scroll with the picture of Michizane Sugawara. According to the scroll, Tenmangu in Ono was moved from Tenmangu in Kyoto by Prince Masakado Taira in 938 in the reign of the 61st Emperor Suzaku. By Koinsan Honkoji Temple, the administrator of Tenmangu.
There are several legends of Masakado Taira existing around the remains of Onojo Castle in Ono, and people living in the area has believed in him for over thousand years.
The legends existing in the north-eastern part of Ichikawa city such in Ono imply the belief in him, on the other hand, the legends existing in the south such in Fodoin Temple, Miyonoin and Yawata no Yabushirazu tell how to fight against him.

In March 1991
Ichikawa-shi Board of Education

The Landmarks near Tenman Tenmangu Shrine