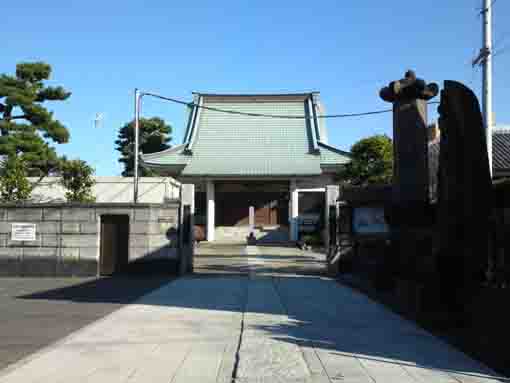 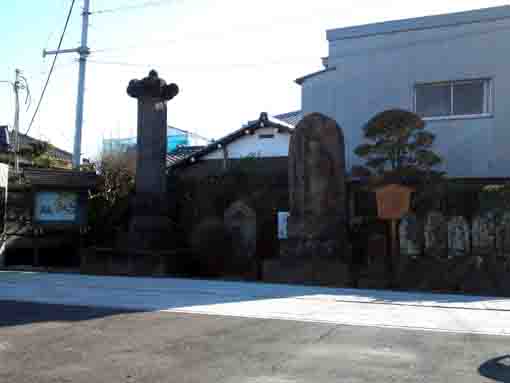 Bantakusan Jokanji Temple is a branch temple of Zojoji Temple in Shiba Tokyo, the grand head temple of Jodo Sect.
The land where the buildings stand now one samurai worrier built a Kannondo Hall to worship it during Genki era (1570-1573), and the venerable Seirensha Chinyo Ikko built Jokanji Temple next to the Kannondo Hall in 1626.
Since then the buildings in Jounji Temple has destroyed three times by fires and tsunamis and it ruined once for a while, but followers and believers of this temple has supported to rebuild. The reinforced concrete main hall was built in 1988.

There are Roku Jizos (six Jizos) and Rokumento (a hexagonal tower) scribing '南無阿弥陀仏 Namu Amidabutsu', Tendo (Heaven) , Jindo (Human World) , Shura (The Endless Battlefield), Chikusho (The world of Beasts), Gaki (The world of Hungry Ghosts) and Jigoku (Hell) on in front of the gate of Bantakusan Jokanji Temple. These were built for the repose of all spirits and souls repeatedly living and dying in these 6 world to be given them the divine protection from Buddha.
Moreover, it has long stone approach road connecting to Gyokoku Kaido Highway.