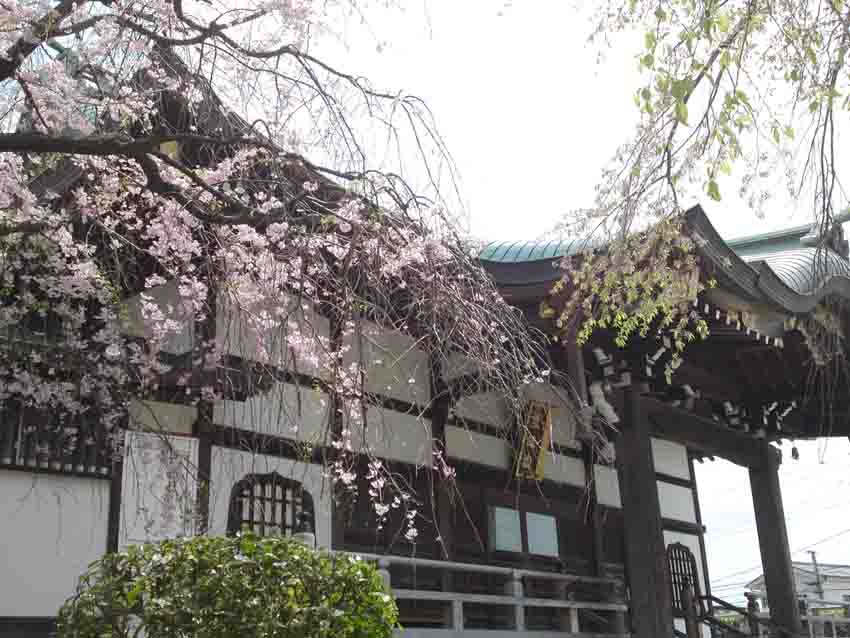 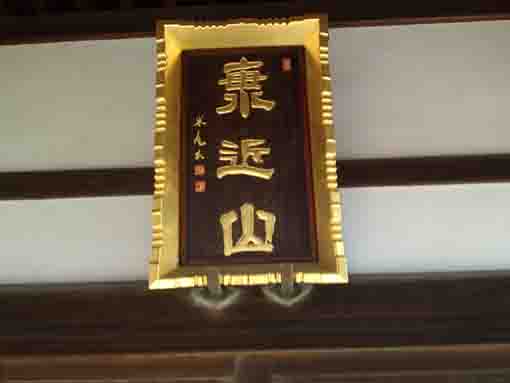 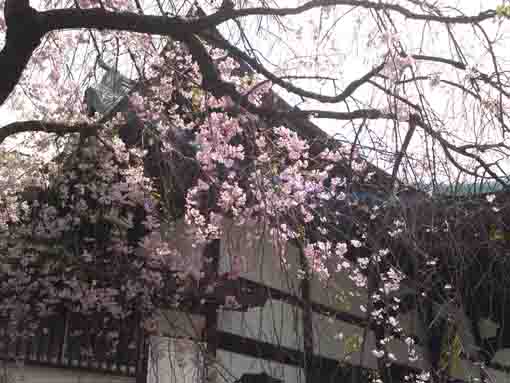 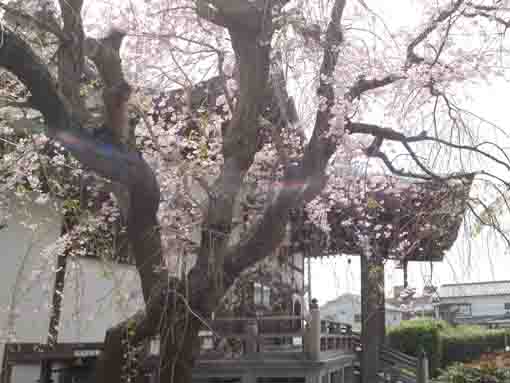 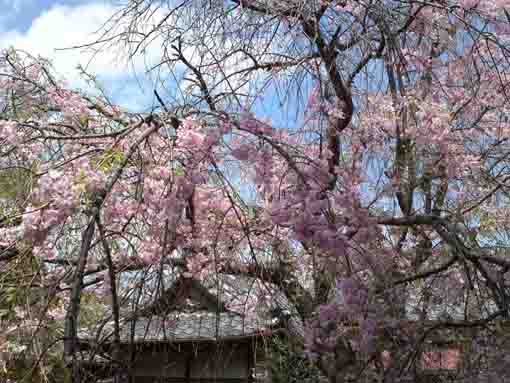 Kaigonzan Entonji Temple has three beautiful drooping cherry trees. The title of the temple 'Kaigonzan' tells that this temple was standing near the sea called Edo Bay. Moreover, the cherry trees were separated the roots of the trees in Minobusan Kuonji Temple, the Head Temple of Nichiren Sect, and there are a chestnut and a persimmon tree bearing fruits in fall. And also a folk story remains, it said that a big pine tree called 'Bake Matsu (the Monster Pine Tree) having bent the middle part of its trunk with a hole was standing in the temple and a racoon dog who bewitched people living in Gyotoku at that time lived in the hole.
Why don't you visit Kaigonzan Entonji Temple?
page top

Kaigonzan Entonji Temple was built in 1584 by the venerable Jojakuin Nichien who was a disciple of an abbot of Nakayama Hokekyoji Temple of Nichiren Sect the venerable Nittsu. The most buildings in the temple was burnt down in the great fire in Gyotoku happened in 1881. Only the sanmon gate remains now. The main hall was rebuilt in 1980.

The framed writing hanging on the front of the main hall written by Beian Ichikawa who was one of three best calligraphers in late Edo period.
The stone tablet beside the mound for unknown persons is a kind of a stupa made in Kamkura or Muromachi period.
The weeping cherry blossoms blooming early spring in front of the main hall were separated the roots of the trees in Minobusan Kuonji Temple, they are excitingly beautiful.

The Map to Entonji Temple