A Walk On Thousands Of Cherry Trees along Shinkawa River 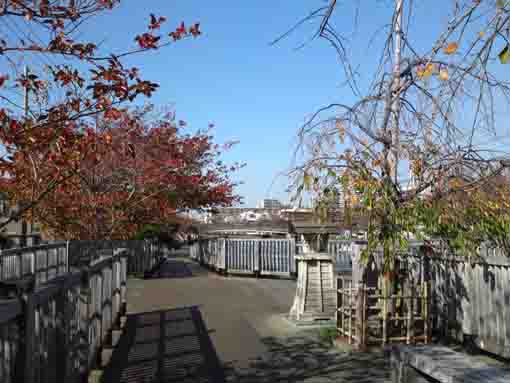 Shinkawa River is a canal built by Ieyasu Tokugawa that had connected Arakarwa and Nakagawa River to Edogawa River and the river was also called Funaborigawa River. In Edo period, the river was a great artery that thousands of ships and ferries carrying many products from the northern part of Japan to Edo had passed. Now it is a good course for people living in Edogawaku to walk on. There are thousands of cherry trees planted along it, they are called Shinkawa Senbonzakura. In spring, they bloom pale pink sakura blossoms. Viewing for the sakura trees along Shikawa River from the fire lookout is dramatically wonderful. Visitors could enjoy seeing them while they walk along it. Shinkawa Senbon Sakura is beautiful not only in spring, but also in summer and in fall. In summer they protect people from strong sun beam with their beautiful green leaves. And in fall, their leaves changed color in vermilion and yellow. There are many people enjoying walking, jogging and fishing along Shinkawa River with thousands of cherry trees, sometimes many sea birds come. Shinkawa River is a very wonderful course to walk on. Why don't you visit it?
page top 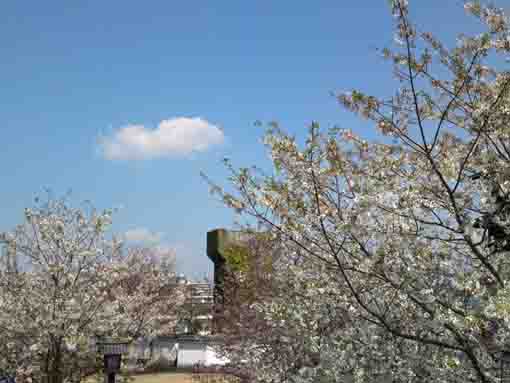 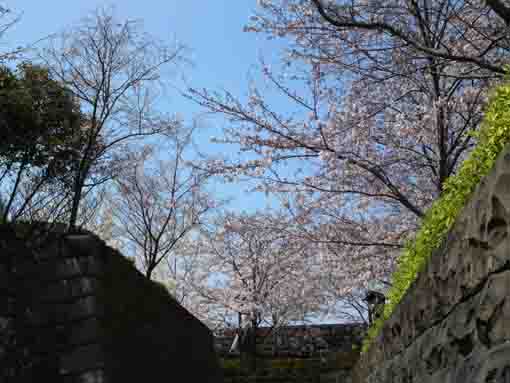 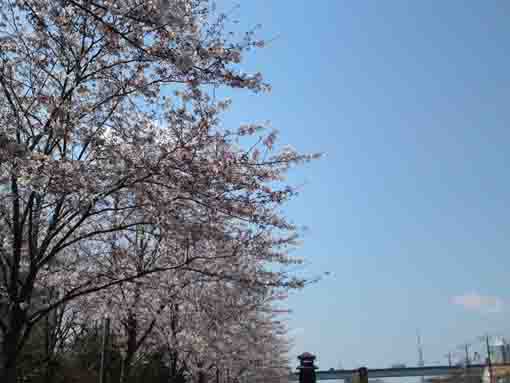 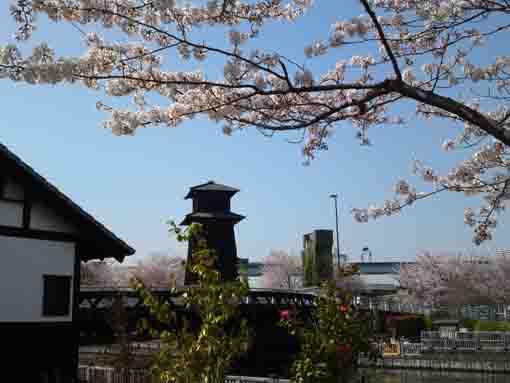 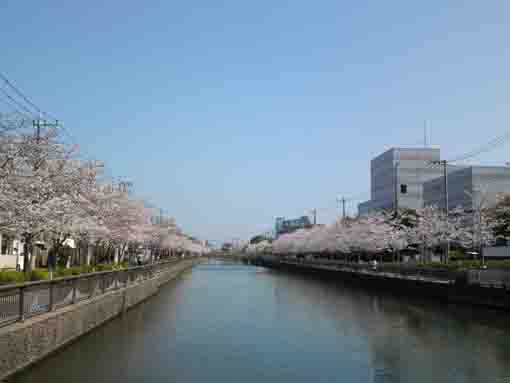 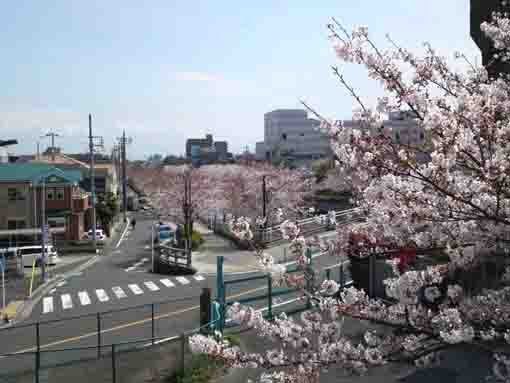 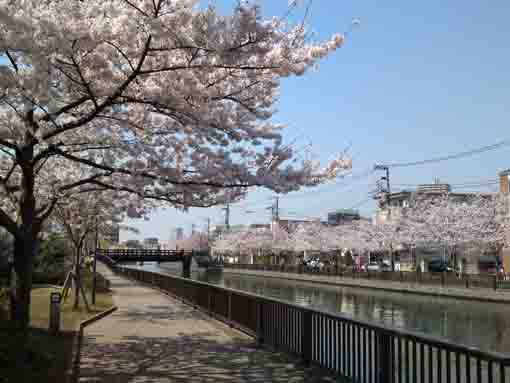 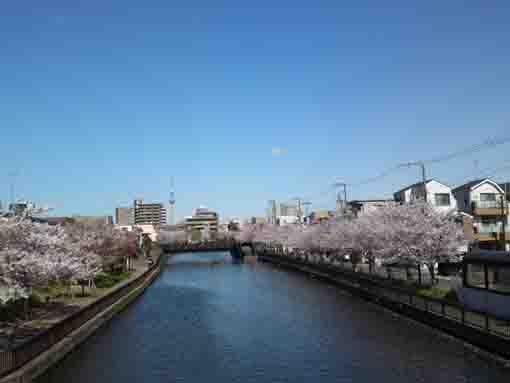 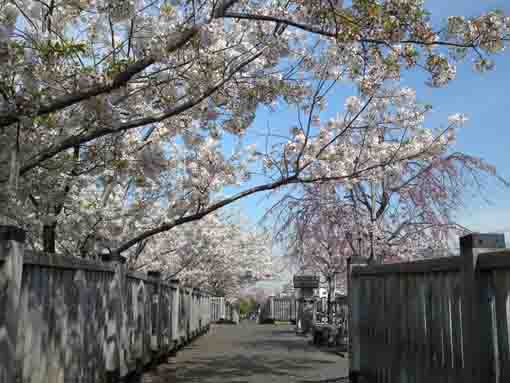 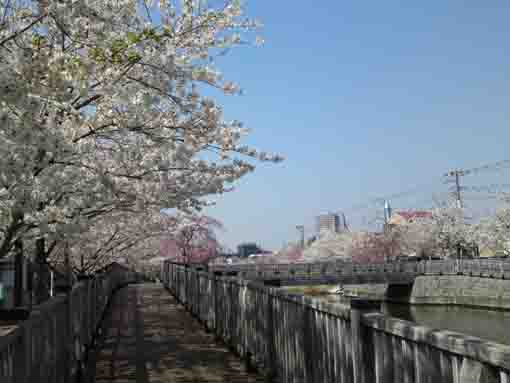 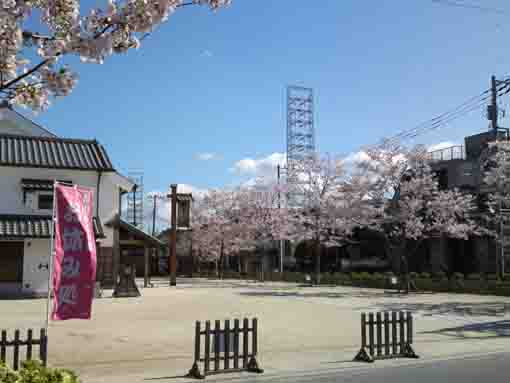 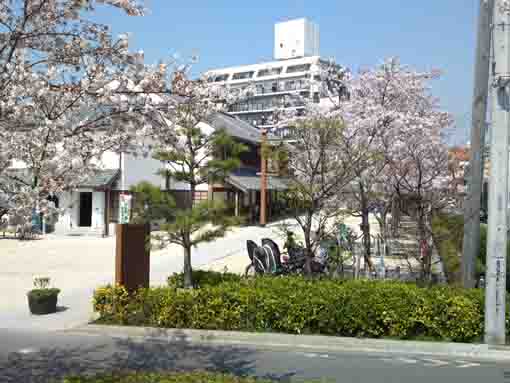 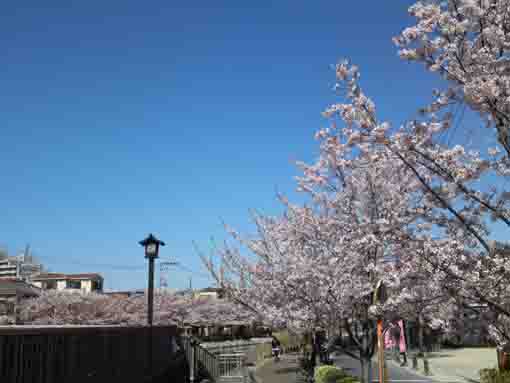 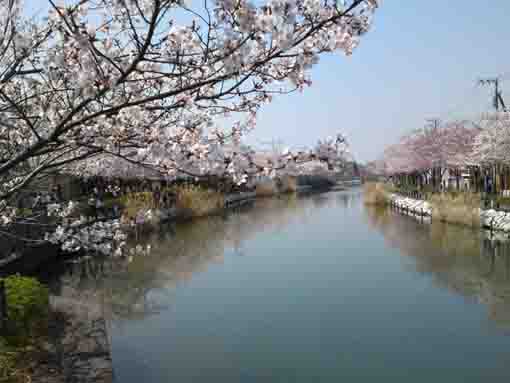 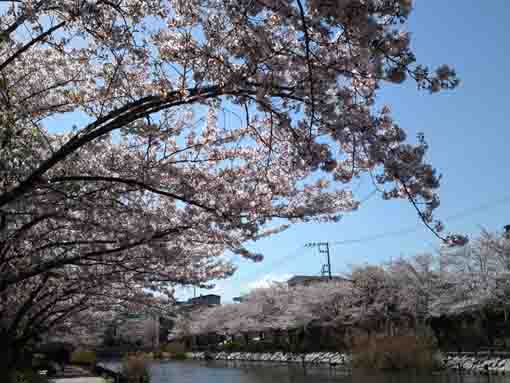 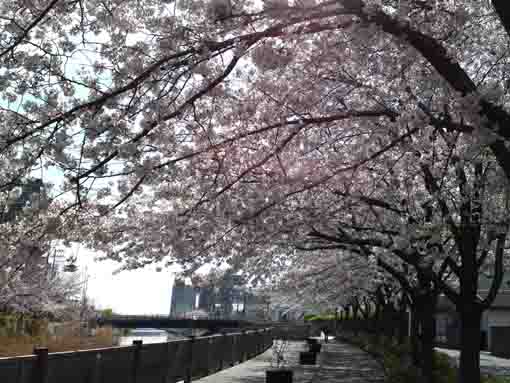 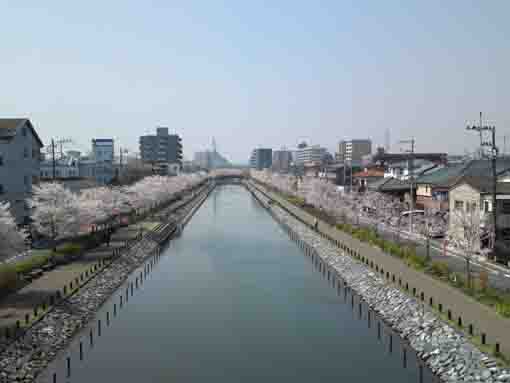 Since April 2007, Shinkawa Senbonzakura Project has started; thousands of cherry trees have planted both side of Shinkawa River to create Edo style landscapes. Cherry trees has been planted about 3 kilometers long of the river to create an exciting town as a new noted spot of viewing for Sakura and Edo style buildings on the river banks and many kinds of bridges across the river is to create chances to communicate between people living in the north shore of it and the south. They would success the history and culture.

A Walk Under Cherry Blossoms Blooming Along Shinkawa River

A fire lookout stands in it.

It sounds like a secret garden, it has a ume and rose garden.

The Access to Thousands of Cherry Trees along Shinakwa River