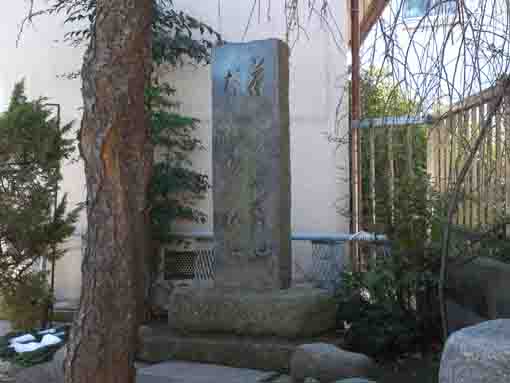 Kumano Jinja Shrine called 'Okumansama' stands along Edogawa River is a shrine dedicating the guardian deity believed by people lived in Shimoimai Village for several hundred years. Moreover, the place where Kumano Jinja Shrine stands are famous for tasty water called 'Okumandashi' that Basho Matsuo wrote a hike poem about it. There is a stone tablet scribing his poem on in the shrine. And Okumandashi was used in Edojo Castle as tea water for tea ceremonies.
Why don't you visit Kumano Jinja Shrine?
このページの先頭へ

Kumano Jinja Shrine was the guardian deity of Shimoimai Village and it called it 'Okumansama' and sailors passing through Edogawa River in front of it believed. It was built in Hoeri era from 1704 to 1711, and Izanami no Kami is dedicated in it.

The rapids in Edogawa River in front of Kumano Jinja Shrine was very deep and water in it was called 'Okumandashi'. The water was very clear and mild, and it was said that Tokugawa Shogun Family used it for tea ceremony. And it was used for producing soy sauce at Noda and also people living in Honjo, Fukagawa and Ojima bought to drink the water.


The stone tablet scribing a hiku poem by Basho Matsuo

The stone tablet scribing a hiku poem by Basho Matsuo is standing on the left side of the approach road of this shrine.
「茶水汲むおくまんだしや松の花」
'Cha mizu kumu, okumandashi ya, matsu no hana.'
'While dipping up tea water 'okumandashi', flowers of pine trees.'
This hike poem is said to be written by Basho Matsuo. The supporters of Kumano Jinja Shrine built this tablet in October 15th of 1968.

It is a beautiful park for viewing Sakura and hydrangeas.

An old temple has a beautiful garden. 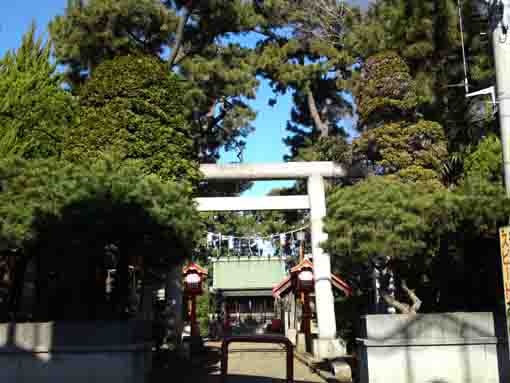 This shrine is very beautiful with pine trees and a zelkova tree.

The principle image is said to be carved by Gyoki. 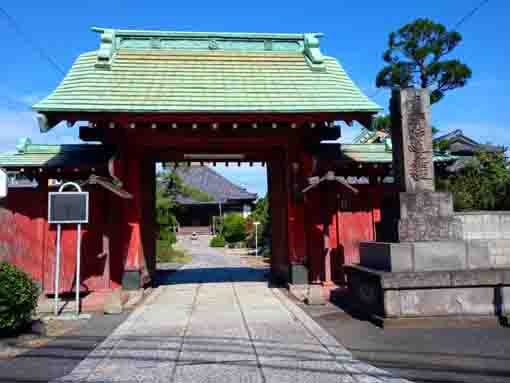 The Location and Access to Kumano Jinja Shrine in Edogawa-ku