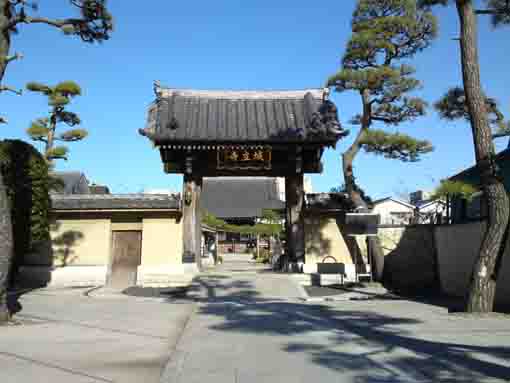 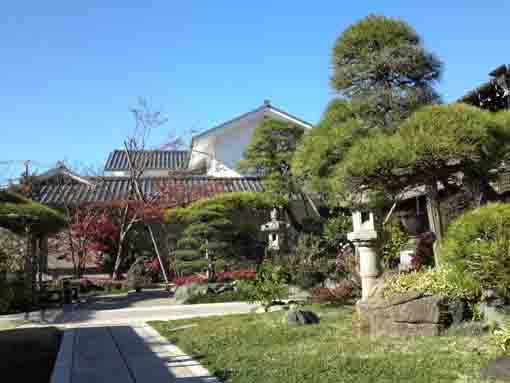 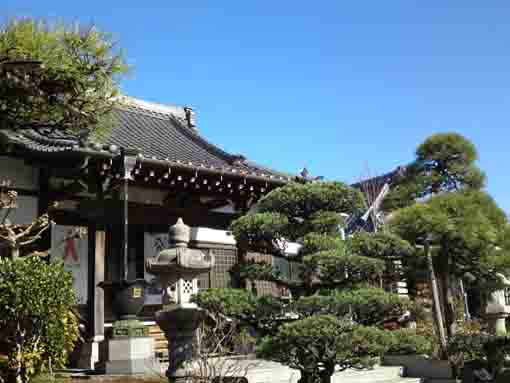 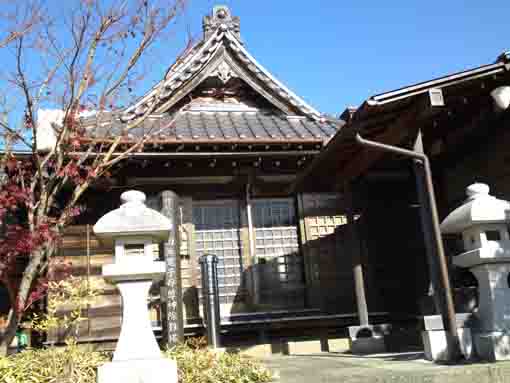 Honkosan Joryuji Temple was built by Zusho Tajima who had cultivated Ichinoe in Edo period, and it is very beautiful temple with many green pine trees that tells the history of this area. In addition, it is good for visitors to know the history deeply when they visit Ichinoe Nanushi Yashiki Residence at the same time since Tajima Family had lived it. Moreover, it is said that the statue of Kishimojin dedicated in Kishimojindo Hall in Joryuji temple was carved by Denkyo Daishi.
Why don't you visit Honkosan Joryuji Temple?
このページの先頭へ

Joryuji Temple was built in 1628 by Zusho Tajima who had cultivated this area, it was named Honkosan Joryuji Temple belonging to Nichiren Sect. It is a branch temple of Hondoji Temple in Hiraga, Matsudo-shi, Chiba-ken. Moreover, there is a hall dedicating the statue of Kishimojin in the temple.

Zusho Tajima was a settler who cultivated Ichinoe and he was the ancestor of Tajima Family having lived in Ichinoe Nanushi Yashiki. According to the orally handed down family history, Zusho was a retainer of Toyotomi Clan and his name was Morishige Zusho Hotta at that time. After the battle at Sekigahara in 1600, he lost the battle and escaped from the battlefield. At last, he reached at Osugi in Nishi Ichinoe Village and he stayed at Shobei Tajima's house. He changed his neme Hidetake Zusho Tajima and he worked hard cultivating the land in Ichinoe. Therefore, he became the pioneer of Ichinoe. Zusho became a Buddhist named Shozenin Nichikei and he built Joryuji Temple. In December 25th of1662, he passed away. His grave is in the central part of the graveyard behind the statue of the seated Shaka Nyorai, the grave stone looks like putting on a cone-shaped hat was scribed his Buddhist name 'Myo Ho Sho Zen In Nichikei' on. 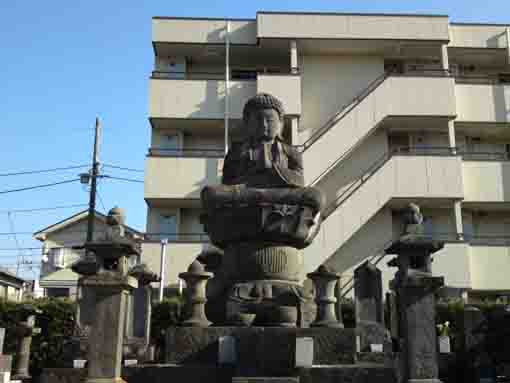 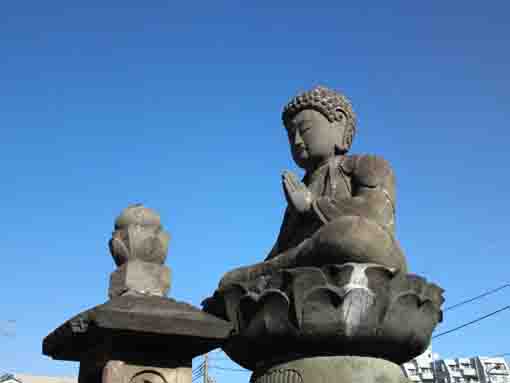 It was produced by a carpenter Sanzaemon in 1673. It was 3 meters tall stone statue include the height of its pedestal. It was carved on a stone. According to phrases carved on the pedestal, it was donated by Shigenobu Hachibeinojo Tajima for his ansestors and people in the world gaining the divine favor of Buddha. It is a sculpture of fine workmanship and it looks expressive.