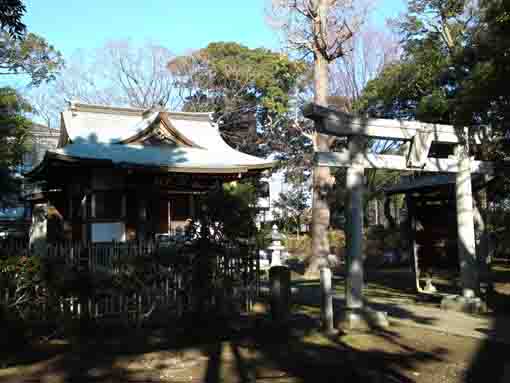 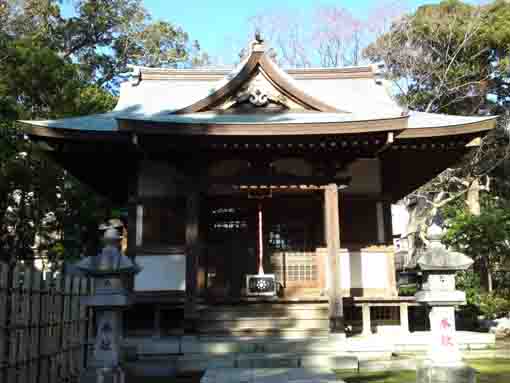 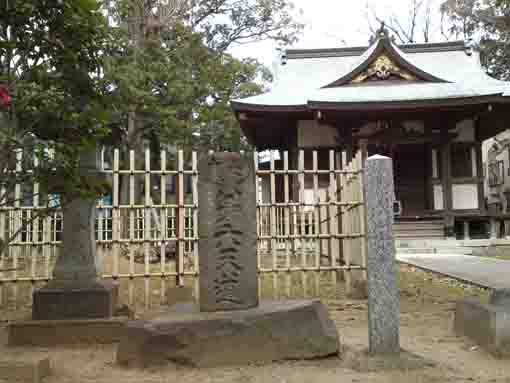 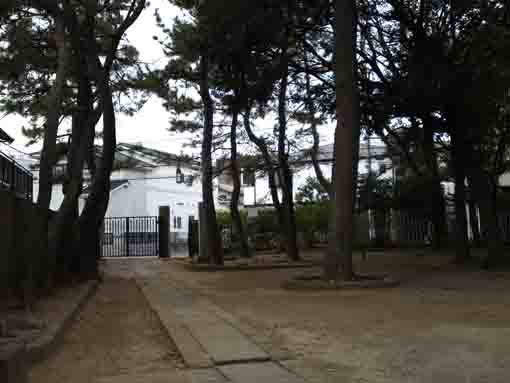 Dairokutengu Shrine in Ichinoe is covered with much green since it is under the west bank of Shinnakagawa River flowing in the central part of Edogawaku from north to south and it is next to Ichinoe Sanchome Koen Park and Nakaibori Shinsui Ryokudo Path. It is an annex of Myokakuji Temple in Ichinoe.
Dairokutengu Shrine was appeared on Shinpen Musashi Fudokiko (the new volume of the geographical reports of Musashi Province published in late Edo period) and the signboard hanged on the fences beside the gate of the shrine tells that Dairokuten Shrine was built in 1368 by Nichiten who was the second chief priest of Myokakuji Temple in Ichinoe belonging to Chiba Family who was a Daimyo dominantly controlling Shomousa province from Kamakura to Sengoku period, it is an 600 years old temple. And there is a stone signboard scribed Dairokutengu Road registered by Edogawaku.
It has many tall pine trees that could protect visitors from the strong sun light in summer and shows beautiful green leaves in winter. Why don't you visit the shrine?

The Pine Trees and Green in Dairokutengu

Seeing in the shrine, from the bank of Shinnakagawa or the park next to it, there is much green in Dairokutengu Shrine. 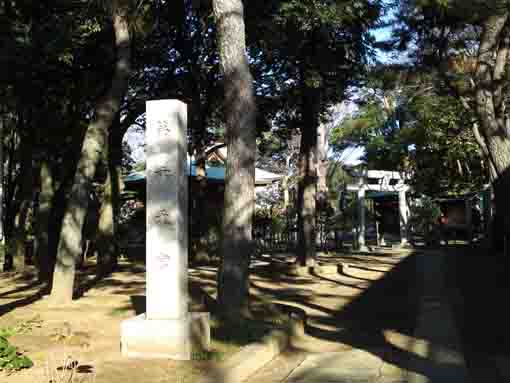 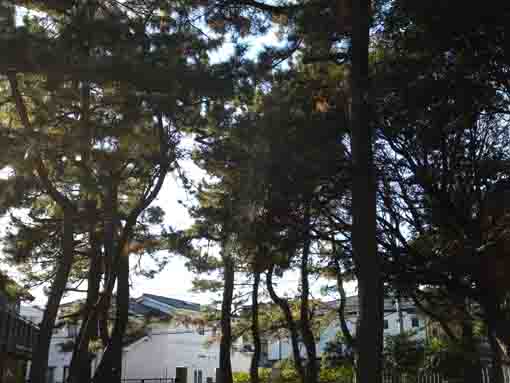 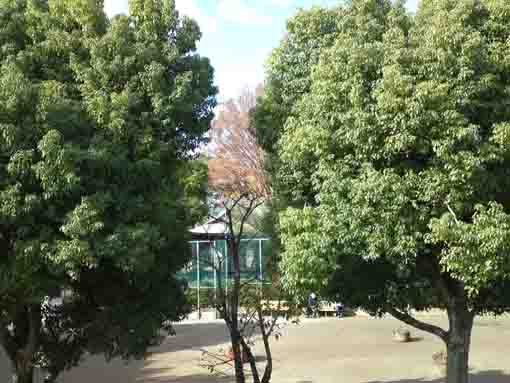 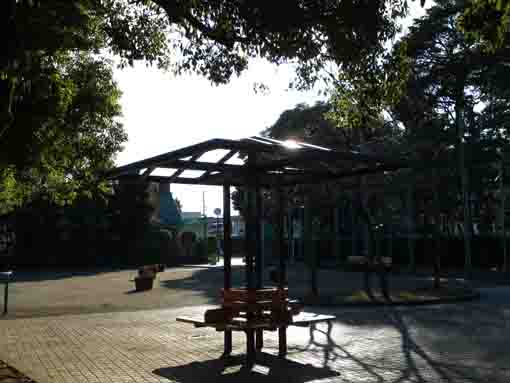 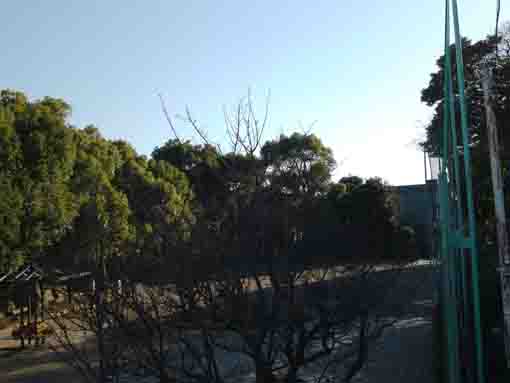 The Dairokuten Shrine is famous for viewing beautiful ajisai flowers. 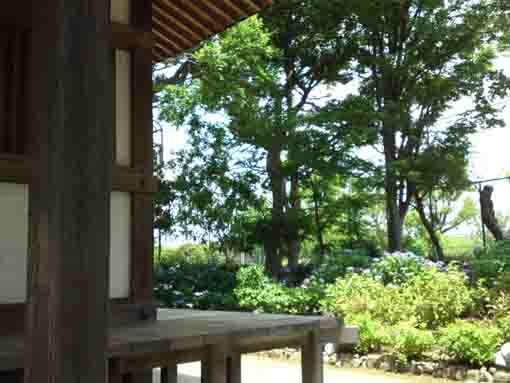 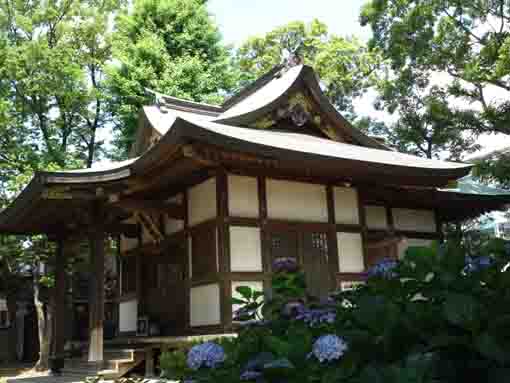 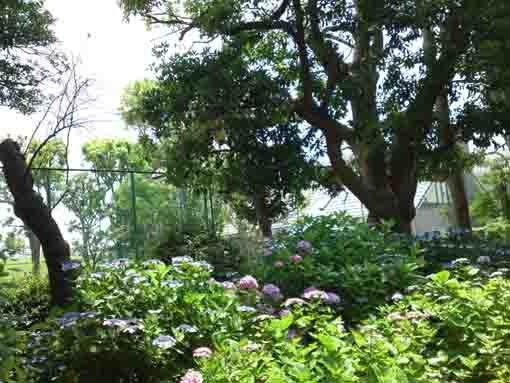 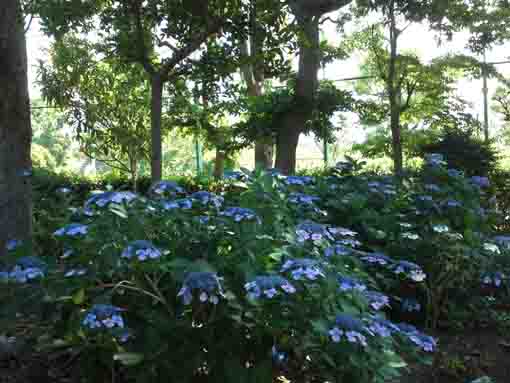 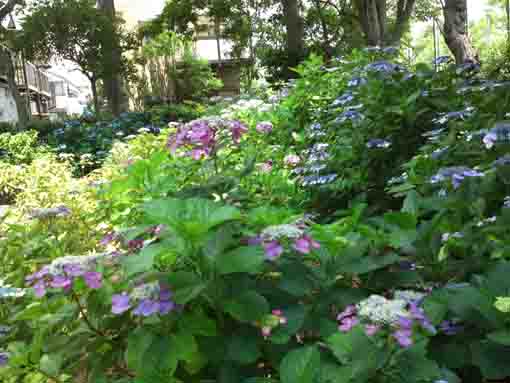 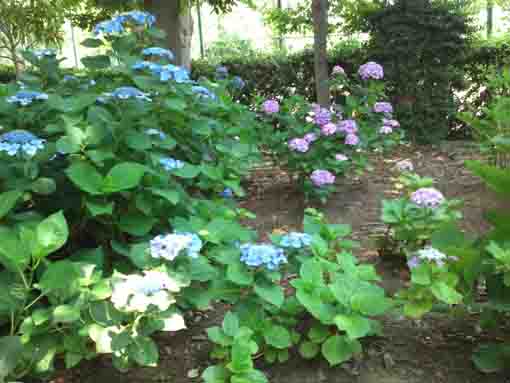 Wild birds fly and flowers bloom along the river.

It looks like a shrine in a forest since many tall trees stand in it.

There are some funny sculptures and wonderful flower shops.

A Walk On Niibori

There are some peaceful green zons for rest.

It is an an old shrine with much green in between a river, a park and a green zone.