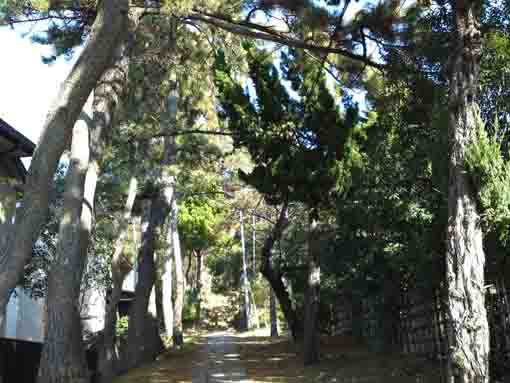 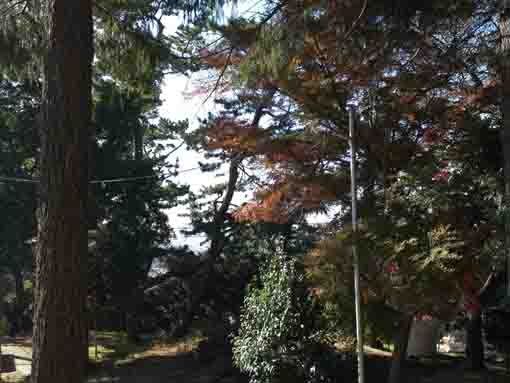 Moro Jinja is a blanch shrine of Funabashi Daijingu standing in residential areas in Funabashi City. Though it is the blanch shrine, it has a long approach road covered with many tall trees. According to Edo Meisho Zue (a guidebook describing many noted spots in Edo in Edo period), this shrine dedicates the princess Konohanasakuyahime, so it had been called Sengensan. And Moro Jinja is introduced in the last page of the book, it implies that this shrine is the east end of Edo. Moreover, a picture of the viewing dawn on Tokyo Bay in late Edo period from this shrine is appeared on the book, it praises Mt. Fuji and Boso Peninsula on Tokyo Bay could be seen, the views from Moro Jinja is excitingly beautiful. In addition, the pine trees that had been selected in this shrine had brought to the Shogun in Edojo for the New Year Days for Edo period. Now the sea has been filled up and many tall buildings has been built on the claimed land, so the sea could not be seen from the shrine anymore. Anyway, the trees in the shrine paint the seasons. In fall, gingko and maple trees changes yellow and red and many gingko nuts are scattered on the approach road. Moro Jinja is the greenful silent shrine. Why don't you visit it?