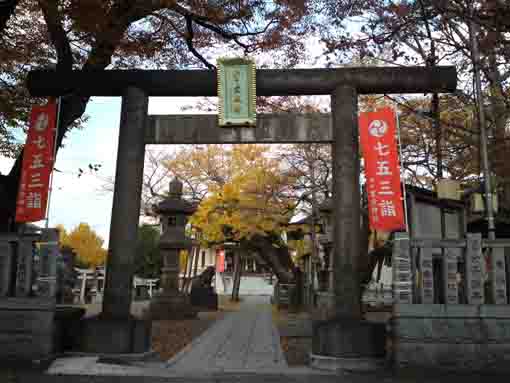 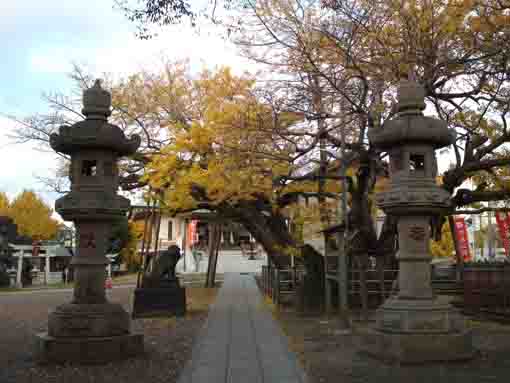 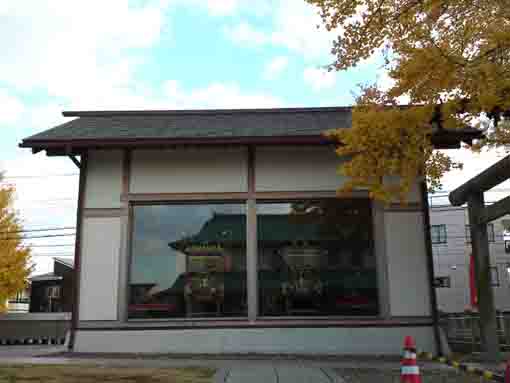 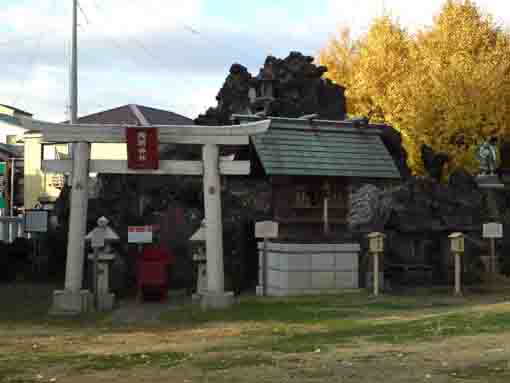 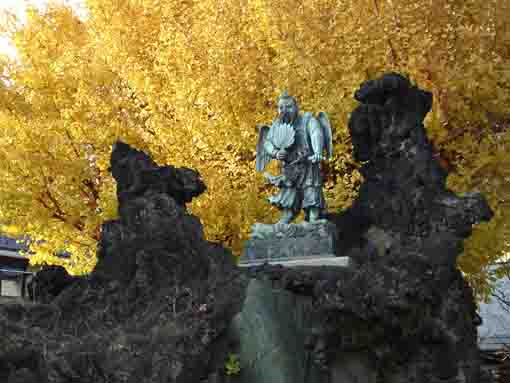 Toyouke Jinja in Nekozane is the oldest shrine in Urayasu City. It was built in 1159. It dedicates Toyouke Ogami who is a god is dedicated in Gegu in Ise Jingu Shrine, the shrine had been called 'Shinmeisan' by early Meiji Era. In the site, there is a 300 years old huge gingko standing beside and over its approach road. In fall, its leaves paint the site like golden flame. Behind the gingko, a large hat with a wide window preserves two mikoshi in it stands. A small mountain called Fujizuka and a small shrine called Sengen Jinja are on the left of the main hall. On the Fujizuka, Karasu Tengu stands. Toyouke Jinjais an old shrine tells the history and culture of Urayasu City. Why don't you visit it?