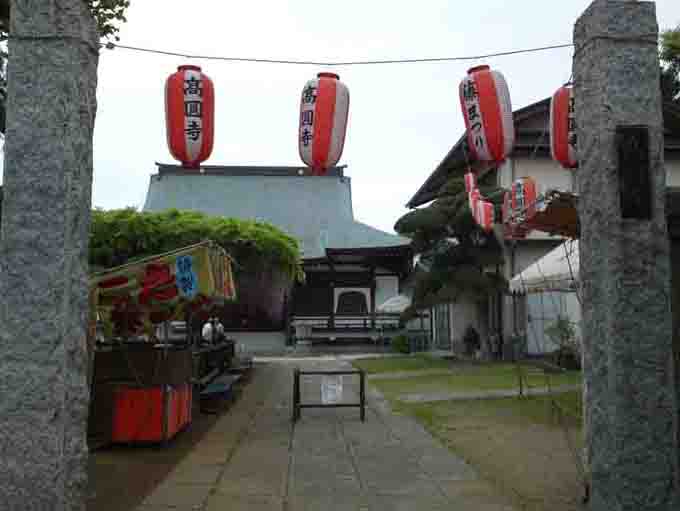 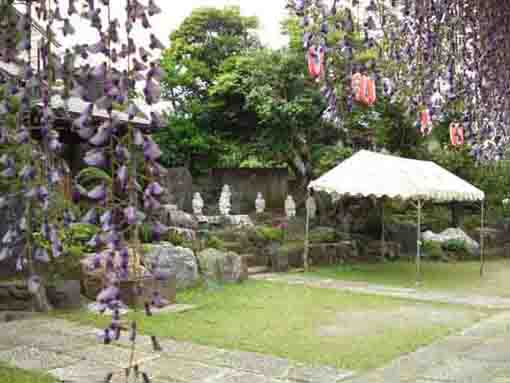 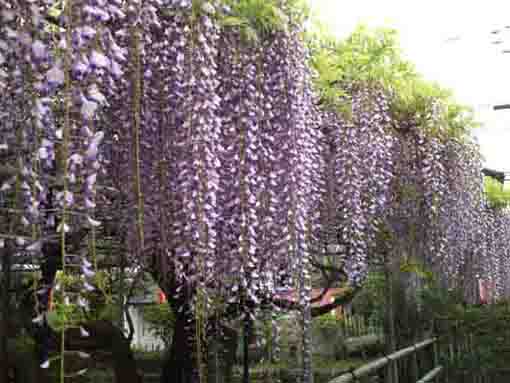 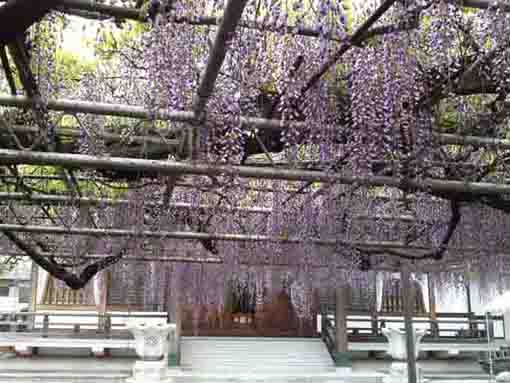 The Movie of Wisteria Blossoms in Koenji

The History of Miyakubosan Koenji Temple 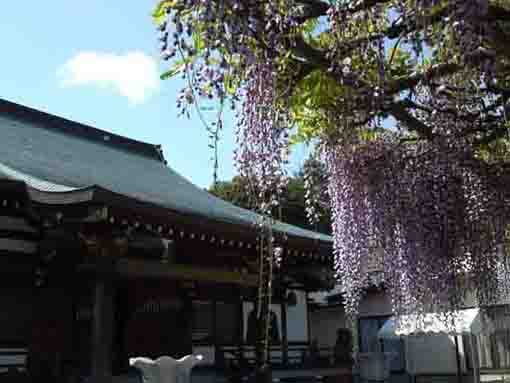 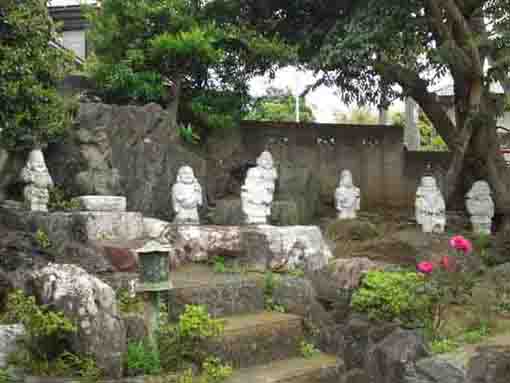 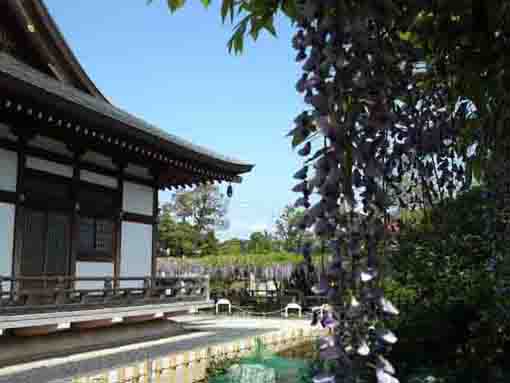 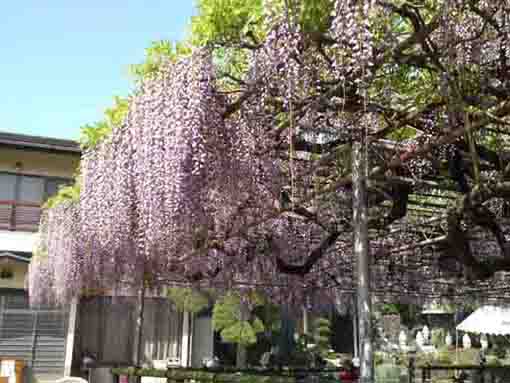 The History of Miyakubosan Koenji Temple

Miyakubosan Koenji Temple is very old, it was built in 1307, it first belonged to Shingon Sect in Buddhism, but it was converted to Nichiren Sect. Koenji Temple is a branch temple of Nakayama Hokekyoji Temple, the grand head temple of Nichiren Sect at Ichikawa city. The venerable Nichigo was rebuilt the temple during Tenbun era (1532-1554). The main hall of this temple was built in 2000.
In the season when wisteria flowers fully bloom on the trellis, many visitors visit Koenji Temple. 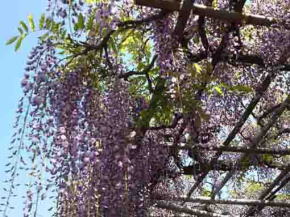 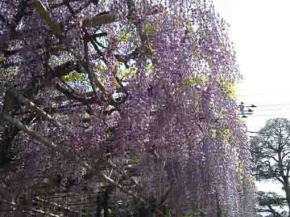 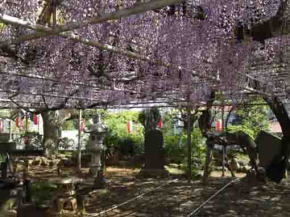 Choju Fuji was named by Chubei Suzuki, the ex-mayor of Ichikawa City as the tree has very long bunches, and also they are very long lived trees so they are over 200 years old trees. The bunches are usually 120 cm long, sometimes some of the bunches grow over 150 cm long.
Choju Fuji belongs to Noda Fuji.
Choju Fuji has beautiful flowers fully blooming on the 100 square meter wide trellis. 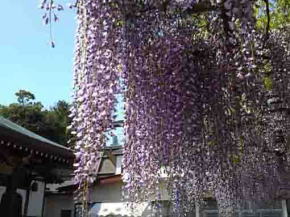 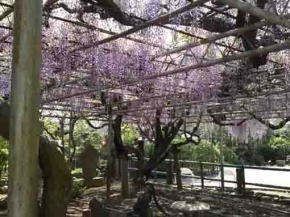 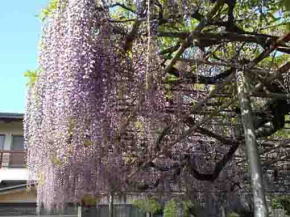 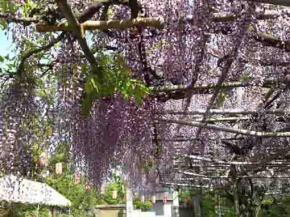 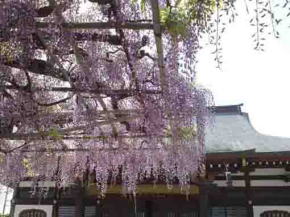 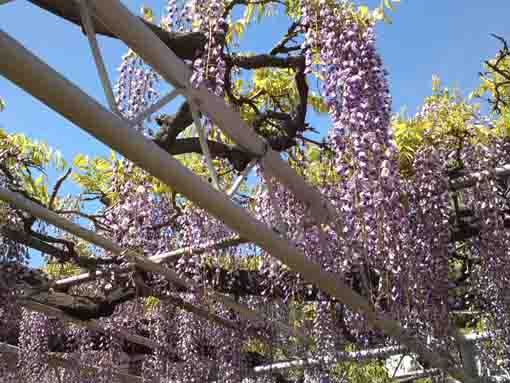 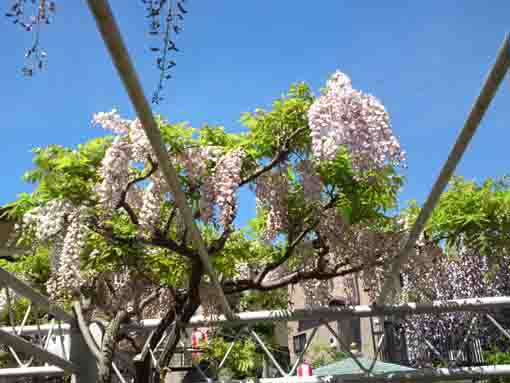 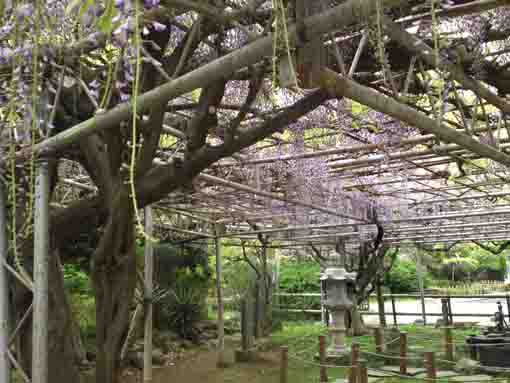 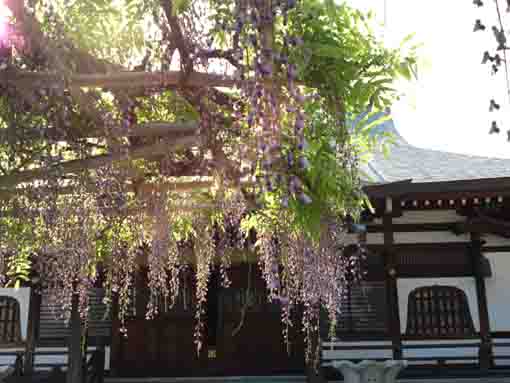 The Garden of Miyakubosan Koenji Temple

Miyakubosan Koenji Temple has a garden with a small pond between Choju Fuji and the parking. Anybody could find some beautiful peonies blooming when he or she who cannot wait for Choju Fuji with full blooming visits a little bit earlier than he or she has expected. Moreover, there are two young wisterias planted on both side of the gate on the parking. 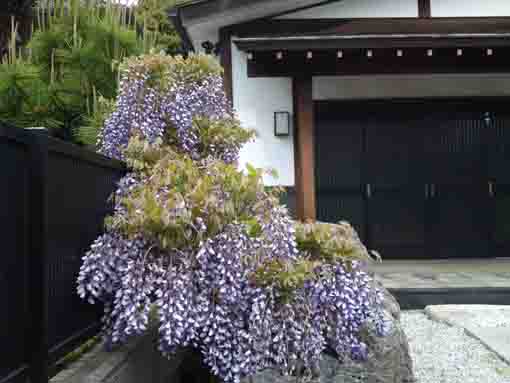 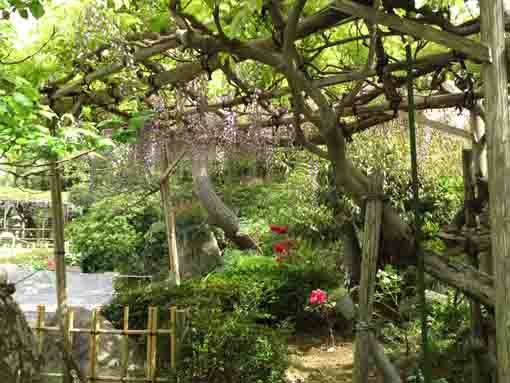 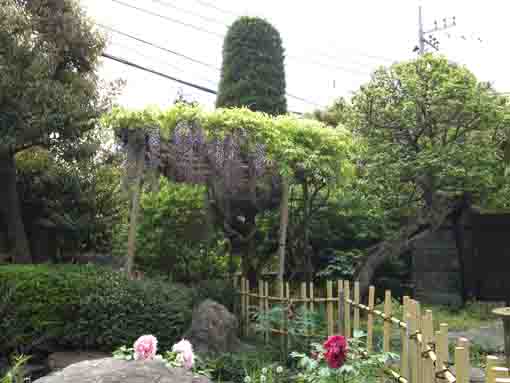 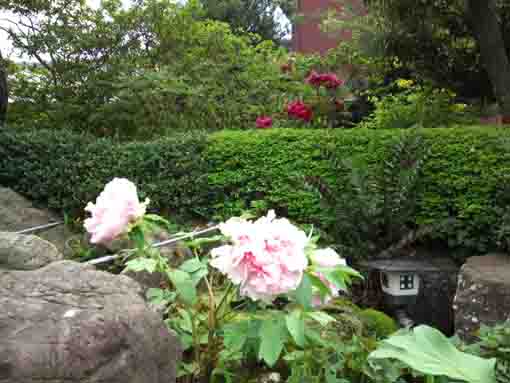 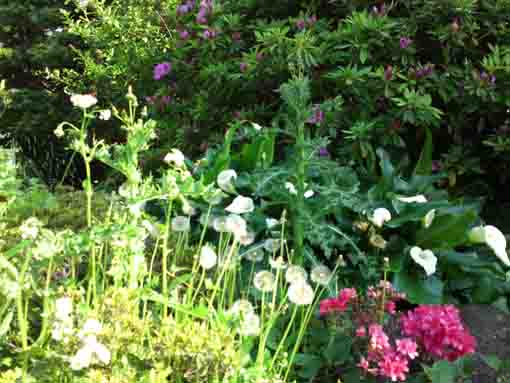 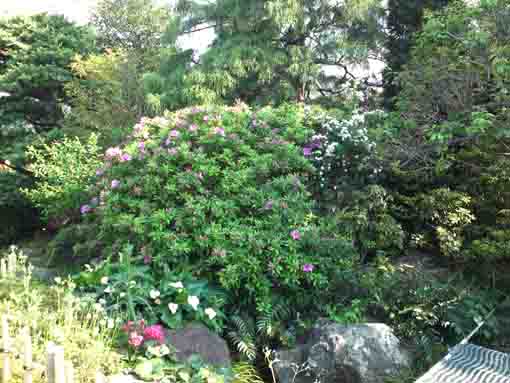 The map of the noted spots near Koenji

PDF of the map of the noted spots along Mama River
4-5-1 Miyakubo, Ichikawa-shi, Chiba-ken
page top