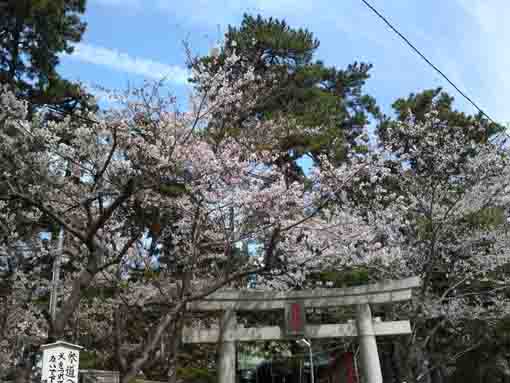 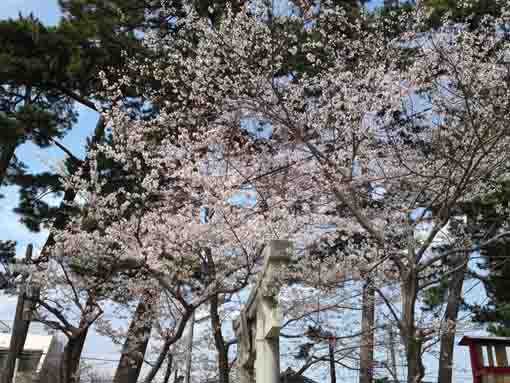 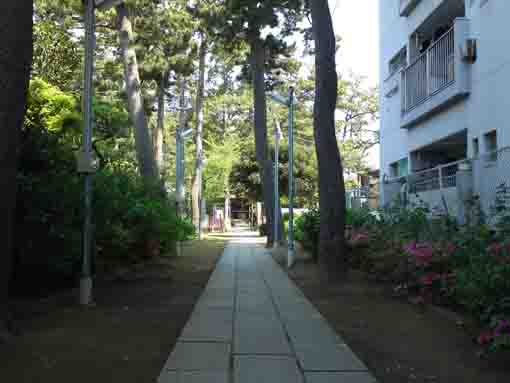 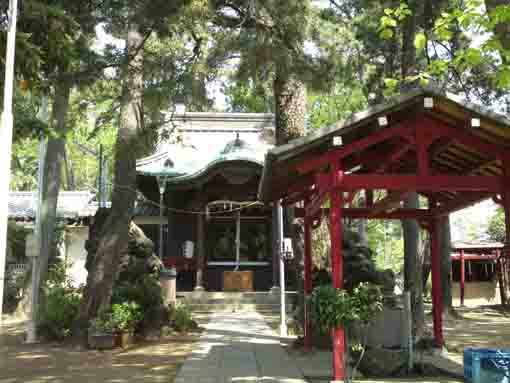 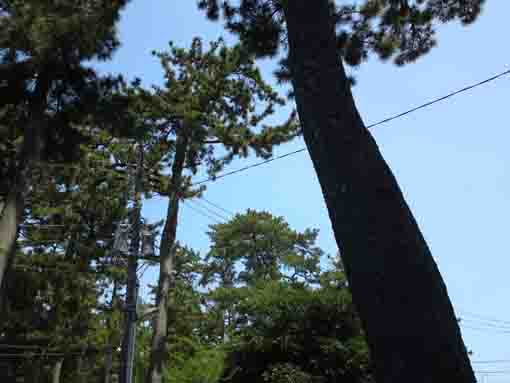 Suwa Jinja Shrine is a guardian deity of Hirata in Ichikawa standing on the northwest corner of the crossing of the Route 14th (Chiba Kaido Highway) and Tokyo Gaikan Express Way. According to Katsushika Shiryaku (a local guide book describing Katsushika in Edo period), villagers in Hirata had been managing it. It dedicates Takeminakata no Mikoto from Suwa Taisha in Nagano, a son of Onamuchi no Mikoto, and his wife Yasakatome no Mikoto. Now this god doesn't worry about impurity to eat meet of beasts.
Moreover, Kafu Nagai, a famous writer having lived in Ichikawa after WWII, wrote Suwa Jinja in his diary 'Danchotei Nichijo', so he took some pieces of paper and pencils to it to work because of loud sound of his lodger's radio but he suffered by mosquitoes' attacking under the trees, so he described the views in it at that time in his diary. Even now it has been many black pine trees standing in the site.
Suwa Jinja in Hirata is like a time cupsel that tells visitor what the land had been. Why don't you visit it? 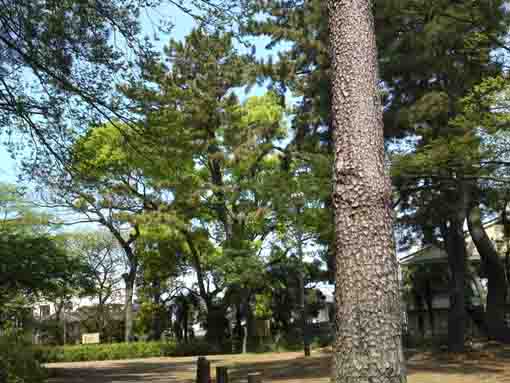 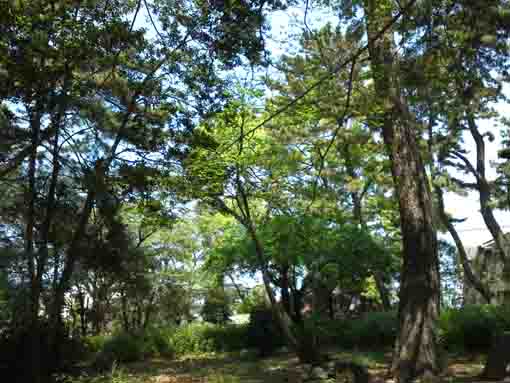 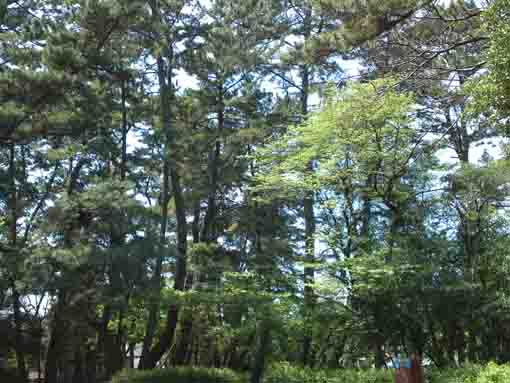 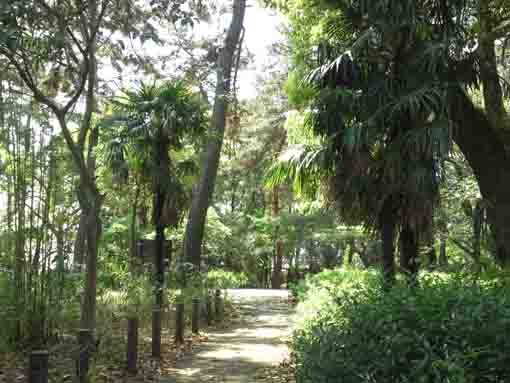 Hirata Conservation of Green Zone is formed by many green woods in Suwa Jinja to this land. Ichikawa had have unique and wonderful views with black pine trees on the sand like beaches,then, this green zone was registered in 1981 since it is preserved better environments for urban inhabitants to live. The area of the green zoon is 0.7 hectares. It might not be changed when Kafu had seen the views in this area. Hirata Conservation of Green Zone has been keeping the landscapes for some decades.