Kasuga Jinja Shrine in Shinden and Some Wonderful Pine Trees 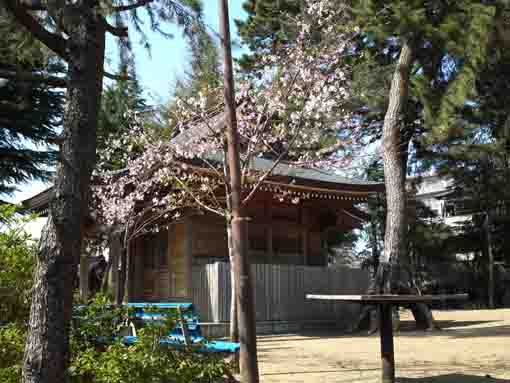 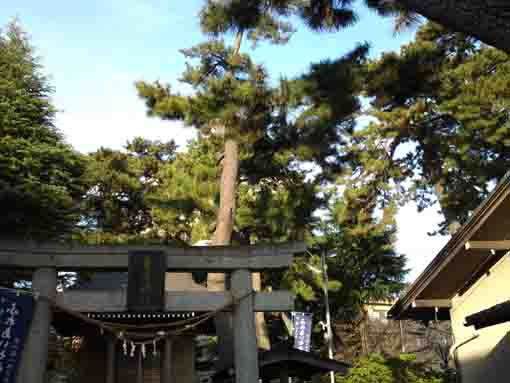 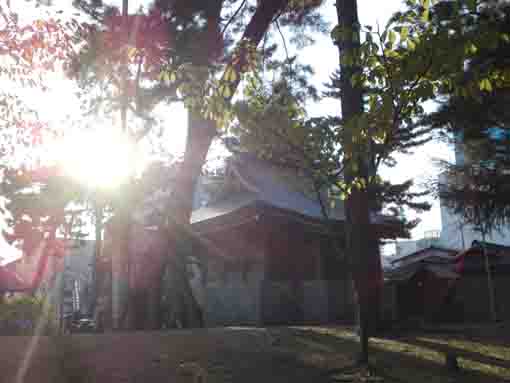 Kasuga Jinja in Shinden is a small shrine on the north end of a small path in between residences along the Route 14th called Chiba Kaido. It dedicates Ame no Koyane no Mikoto. It feels like an isolated place that visitors could enjoy break time to forget everyday life as there are many cherry and black pine trees planted in this small shrine. Some of the black pine trees expose their roots on the earth, they look like some spirits of trees in fairy tales, so they would dance while watching them for a long. These pine trees are called 'Neagari no Matsu', one in Kenrokuen Garden in Kanazawa Ishikawa prefacture is famous, although the pine trees in Kasuga Jinja are not as magnificent as it in Kenrokuen, they look dancing with their roots like legs in the small site. Moreover, Kafu Nagai, a famous writer lived in Ichikawashi after WWII, described the festival held in Kasuga Jinja in October 19th of 1947 in his diary 'Danchotei Nichijo' , he was interested at the printed letters written by Hosai, a Confucian scholar in late Edo period, on the flags hung out in the shrine. Kafu might often passed it when he went to Ichikawa Station from his house in Sugano.
Visitors could enjoy spending merrily quiet leisure time while watching the Neage no Matsu. Why don't you visit Kasuga Jinja Shrine in Shinden?

Cherry Blossoms and Pine Trees in Kasuga Jinja in Shinden 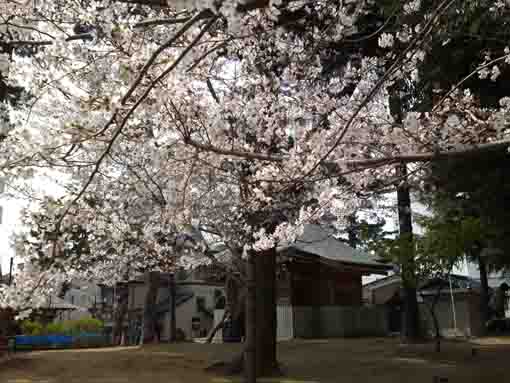 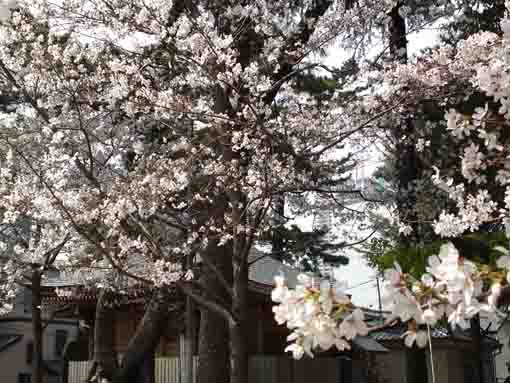 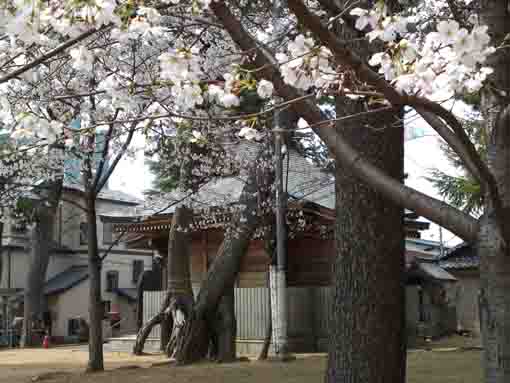 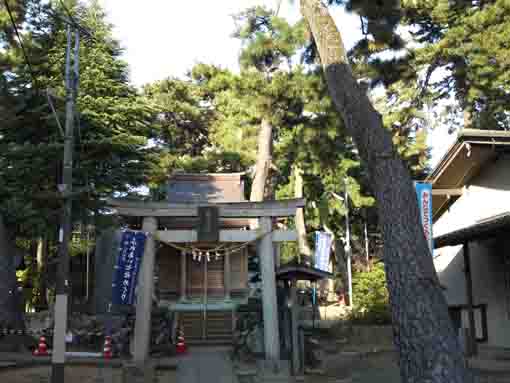 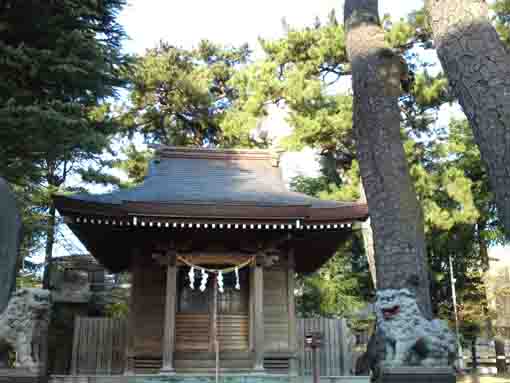 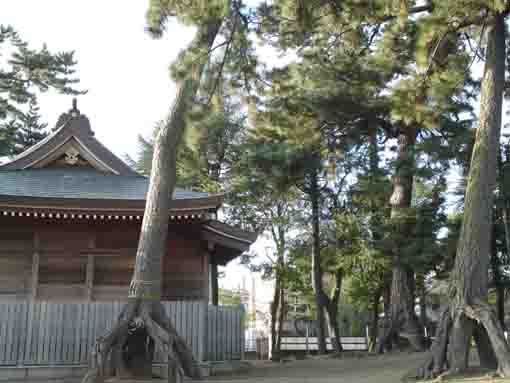 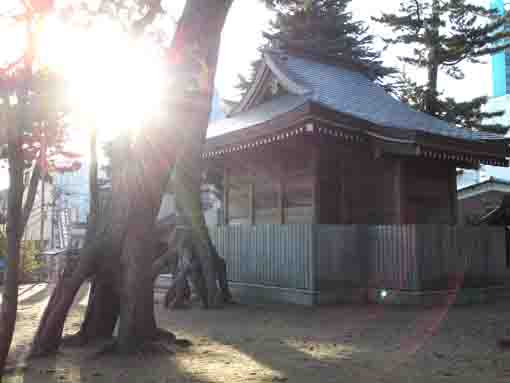 The map to Kasuga Jinja