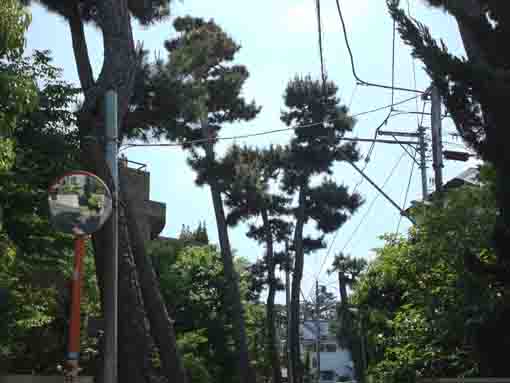 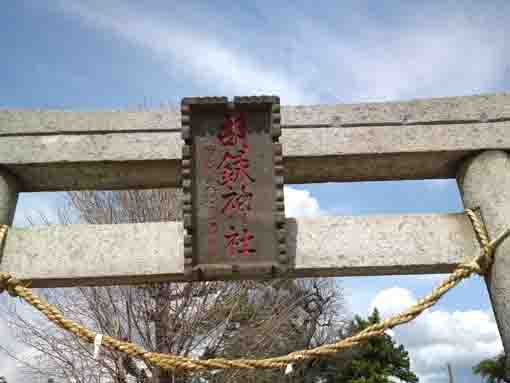 Koroku Jinja in Shinden is on the north side of the Route 14th or Chiba Kaido Highway. There are many tall black pine trees behind the main hall of the shrine. It seems like an entrance of the residential area in Shinden with many large black pine trees standing in. It dedicates Omodaru no Mikoto and Kashikone no Mikoto, they are a pair of gods and they are the first gods who have faces and bodies like human beings. And the letters in the frame hanged on the torii gate was written by the Earl Heihachiro Togo (1848 - 1934), the famous Admiral of the Japanese fleet. Moreover, Koroku Jinja is appeared on the book 'Danchotei Nichijo', a diary of Kafu Nagai, a famous writer living in Ichikawa after WWII, he wrote it in the day of its annual festival held in October 19th of 1947. Kafu might often pass in front of the shrine when he went to Ichikawa Station from his house in Sugano. The views of the black pine trees in the residential area in Shinden has been changed little even if houses in the area only changed to modern designs. Visitors enjoy walking in Koroku Jinja and the residential area in Shinden. Why don't you visit them?