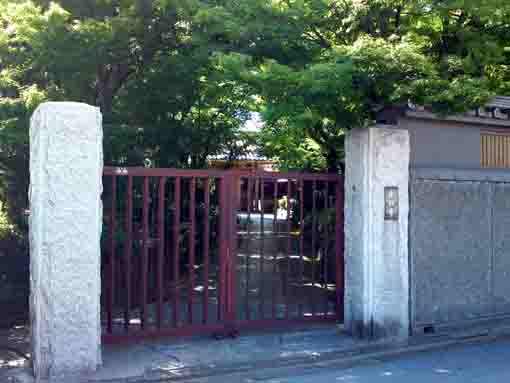 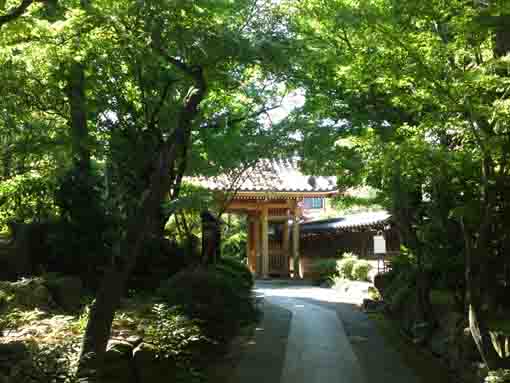 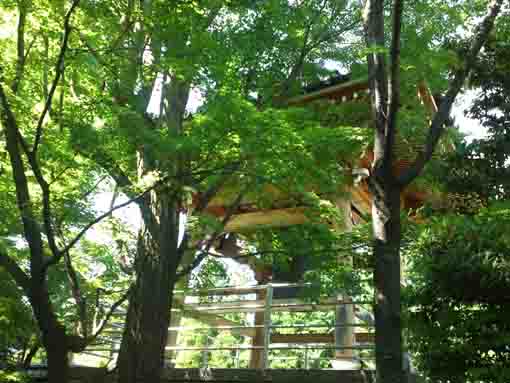 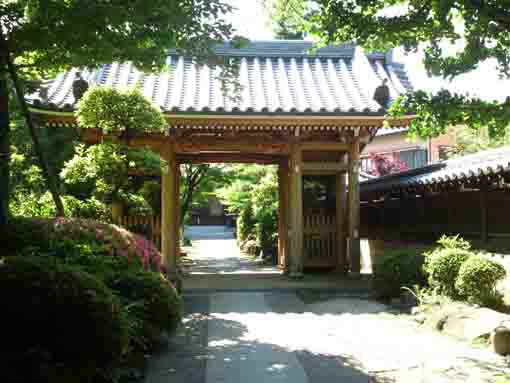 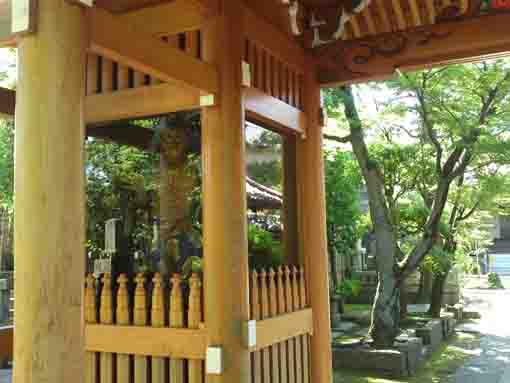 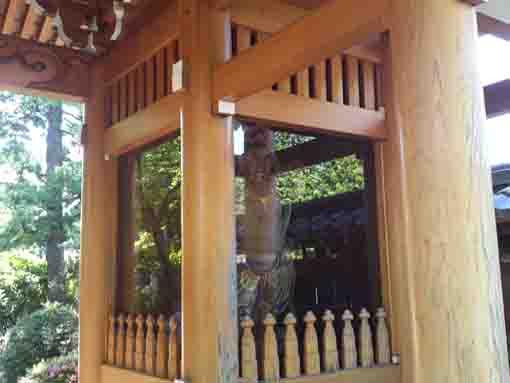 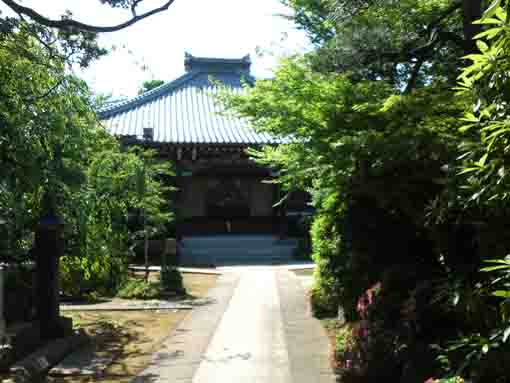 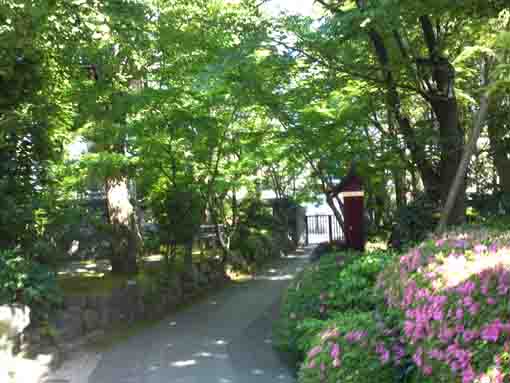 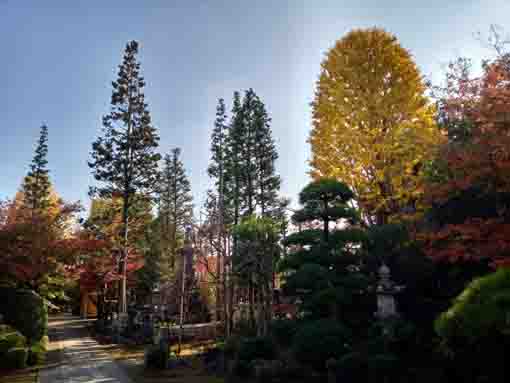 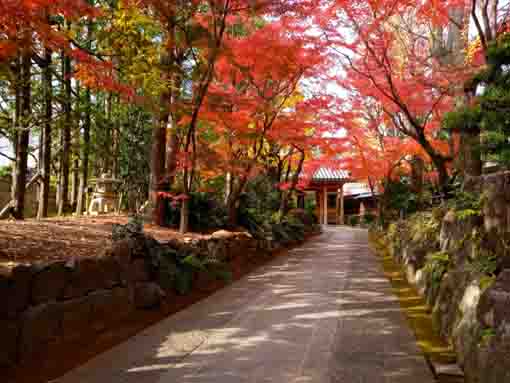 Muryosan Komeiin Eifukuji is standing along Komatsugawa Sakaigawa Water Park. It is in the quiet residential areas at Higashi Komatsugawa Edogwaku. The approach road of Eifukuji looks like a tunnel with colored leaves in fall, and there is a bell tower on the right, a niomon gate on the middle and the main hall on the end of the road, and they are decorated with the beautiful leaves. It is a wonderful spot for seeing colored leaves without worrying about time. Summer in Eifukuji is also attractive. It feels like a mountain side since many green woods are surrounding the wooden buildings and visitors could hide under them to rest and to protect from the strong sunshine. The people could find the culture and history of Higashi Komatsugawa when they visit Eifukuji. Why don't you visit it?
page top 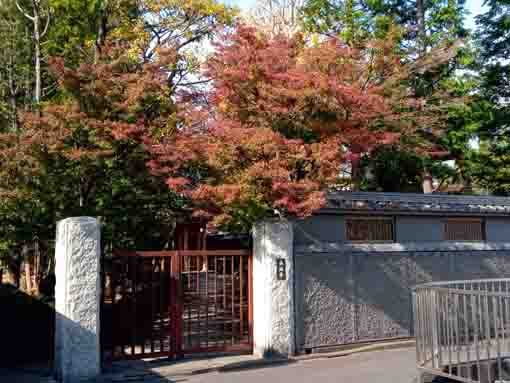 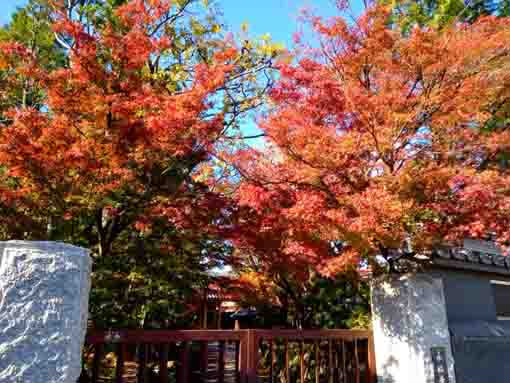 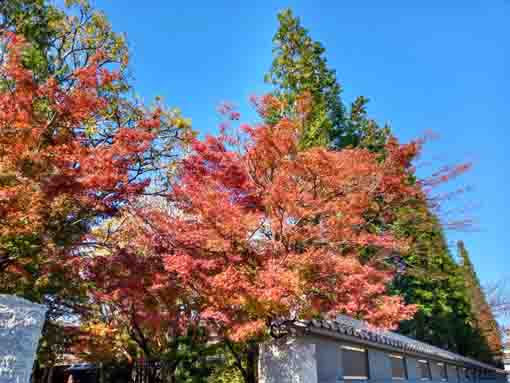 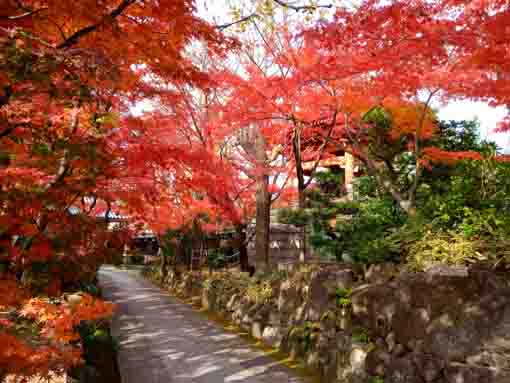 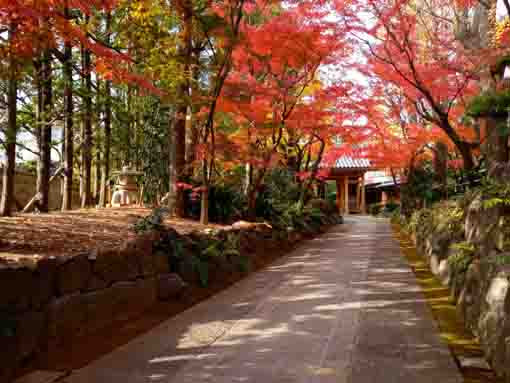 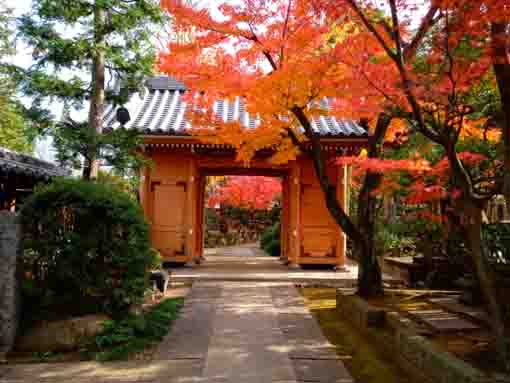 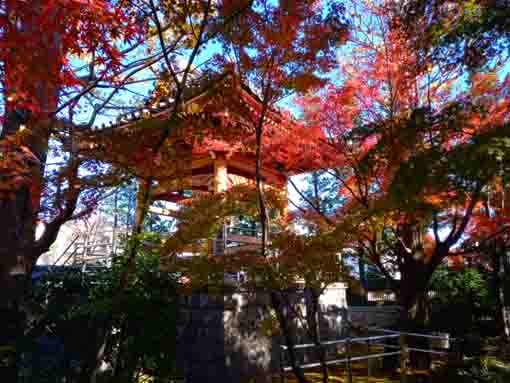 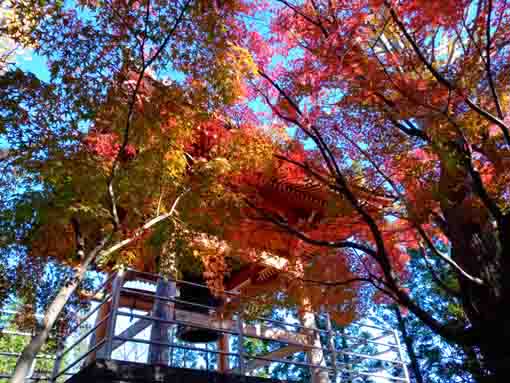 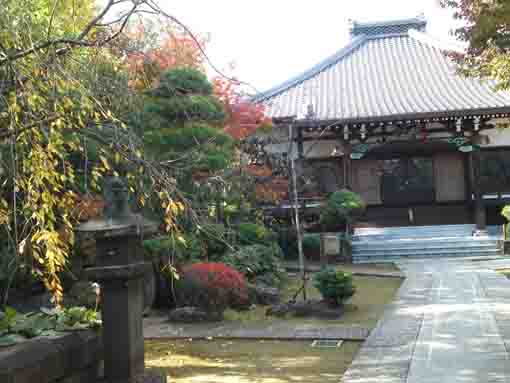 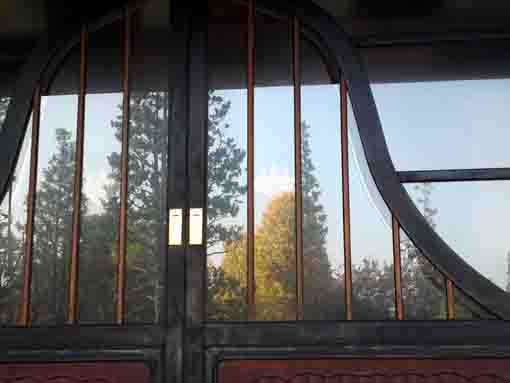 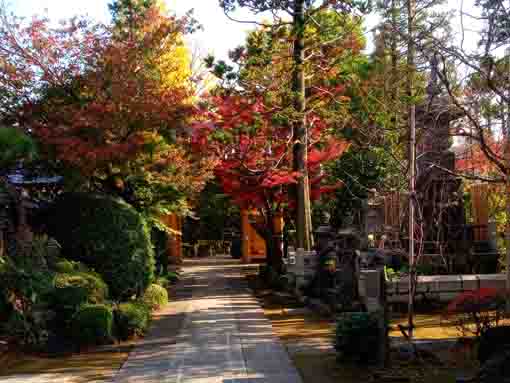 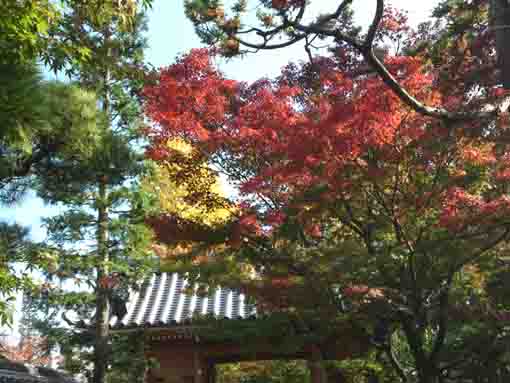 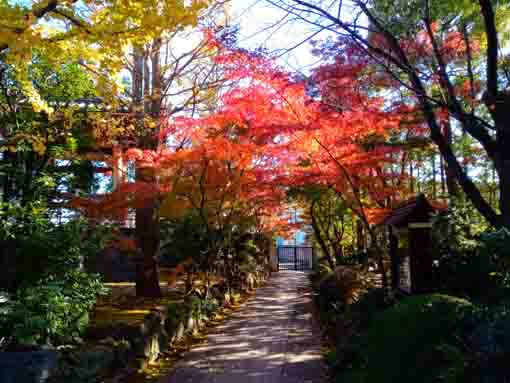 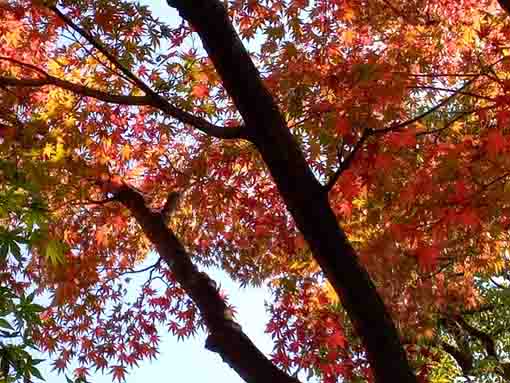 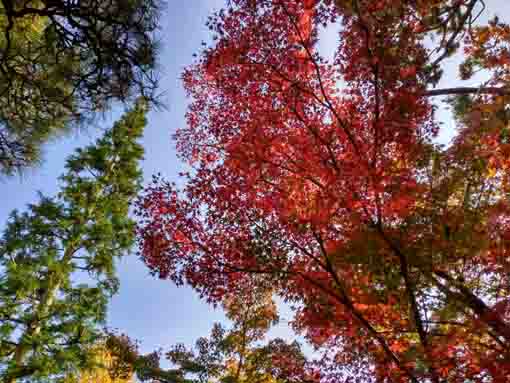 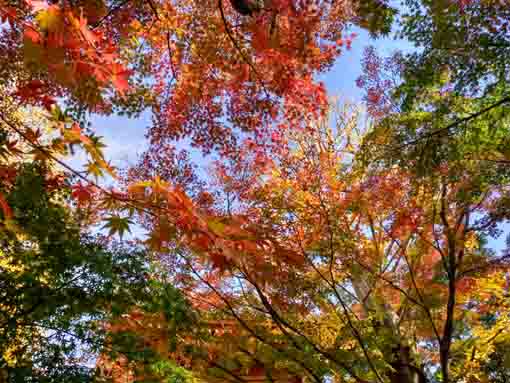 Eifukuji in Higashi Komatsugawa Edogawaku Tokyo is one of the best spots in fall in Edogawaku. It is very impressed that many colored leaves over the approach road of the temple look like a rainbow tunnel. Moreover, it feels like that you are in the mountain when you sit on the steps in front of the main hall of Eifukuji.
page top

Eifukuji is a temple belonging to Shingonshu Buzanha and it was named Muryosan Komeiin. The principl image of the temple is a sitting statue of Amida Nyorai carved by Gyoki Bosatsu. There is no specific information when it was built, and the venerable Yuken who built this temple was died January 15th of 1568. First, this temple had was named Chofukuji, but the 9th Shogun of Edo Bakufu was named 'Chofukumaru' in his childhood, out of respect for the feeling of his majesty, he changed the temple' name 'Eifukuji'.
□ Hoin Raison Fudekozuka registered as the municipal cultural asset and historical data by Edogawaku
Students in 'Terakoya, the private school in Edo Period, was called 'Fudeko' at that time. Fudekozuka is a stone tablet that the students built to mourn for Hoin Raison, their respectable teacher.
The fudekozuka in Eifukuji is a square gravestone and Jizo Bosatsu stands on it. On the side of the tablet, the letters '諸旦方筆弟子' (the students of the supporters of Eifukuji) is carved, it means Raison taught calligraphy to the children of the supporters. This fudekozuka is the oldest in Edogawaku. Raison was an abbot of Eifukuji died in 1766.
March 1995
Edogawaku Board of Education 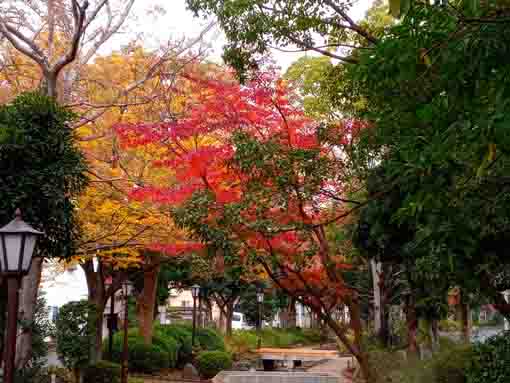 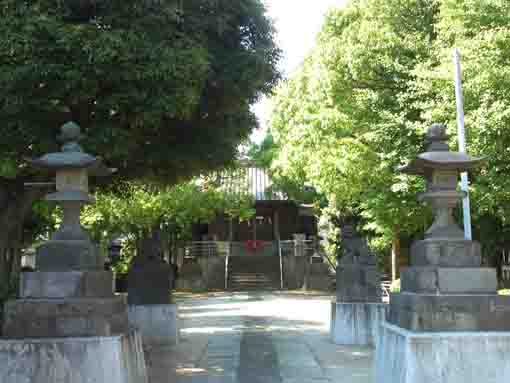