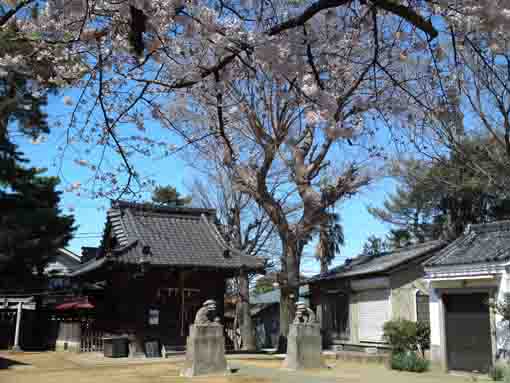 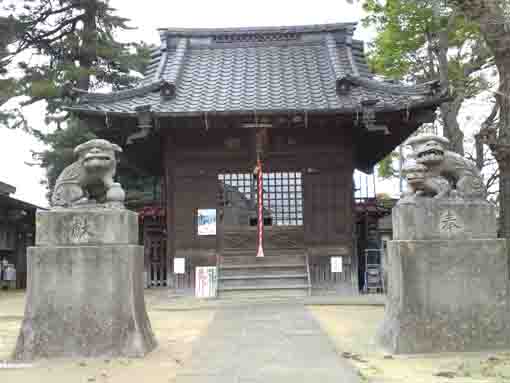 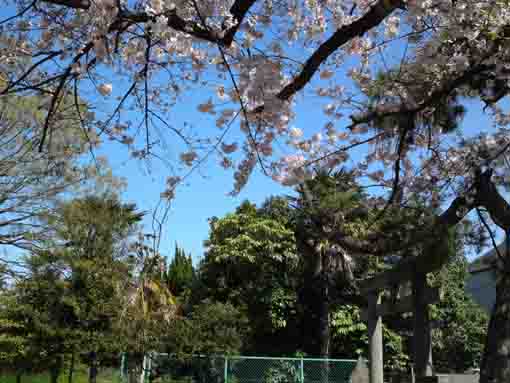 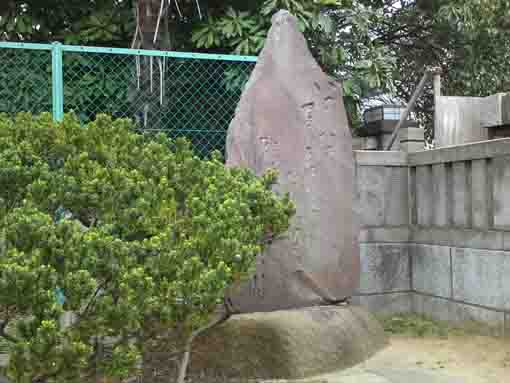 Hachiman Jinja in Kitakoiwa Edogawaku is a small shrine standing very close to the bank of Edogawa River. It has a stone tablet with a tanka poem by a famous poet in early 20th century Hakushu Kitahara living this town in Taisho era on its surface on the right of its torii gate. In spring, cherry blossoms bloom and welcome visitors friendly. Hachiman Jinja is the small shrine that tells culture and tradition of this area. Why don't you visit it?
page top

Hachiman Jinja Shrine in Kita Koiwa dedicates Homdawake no Mikoto, and Uka no Mitama no Mikoto is dedicated on the left of the main hall. There are no records when it was built, but it was appeared on the records edited in 1695.

■ The statue of Jizo Bosatsuzo Koshinto (1864 is on the back)
It is a cultural asset registered by Edogawaku.
This statue of Jizo was called Mitani Jizon because it was in Mitani area that is famous for Hakushu Kitahara having lived in. Now the Jizo is dedicated in the business office on the right of the main hall. According to the letters on the back of the sculpture, it was built for the ceremony for the Koshin day in 1658. the statue of Koshinto was built by the supporters of Koshin beliefs that an insect called 'Sanshi' usually live in human bodies tell their sins to the god in heaven one night in the sixty days called Kashin Nighit, so the supporters had not sleep in the night to avoid the Sanshi leaving out of them.

■the Stone Tablet with a tanka poem by Hakuchu Kitahara on its surface
This stone tablet was built in 1956 by the villagers. It stans on the right of the torii gate.

March 1982
Edogawaku Board of Education

Hakushu Kitahara (1885 - 1942), a famous poet from Meiji to Showa, wrote many elegant lines, lived with his wife Akiko in an annex of a hay seller Tonda famiy's house in Mitani of Koiwa village for a year from July 1916. He named it 'Shien Sosha (now it stands in Satomi Koen Park in Ichikwashi), He enjoyed working with some supports by neighbors, he published a tanka magazine named 'Tabako no Hana (a flowers of cigarettes)' and he wrote many works such as tankas and poems with some ideas from this area.
In 1961, people in Kitakoiwa built this stone tablet in Hachiman Jinja Shrine since they thought of the days of Hakushu living in the farm near Edogawa river and being fond of the land.

March 2002
Edogawaku Board of Education

The Access and the Location to Hachiman Jinja in Kita Koiwa 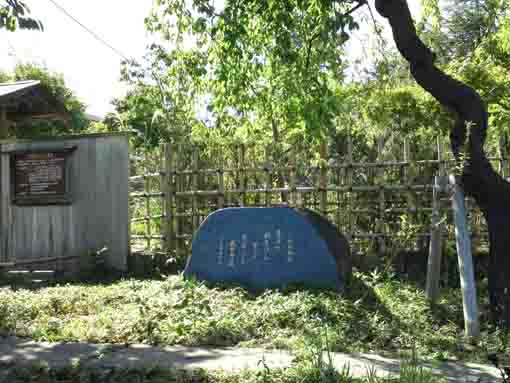 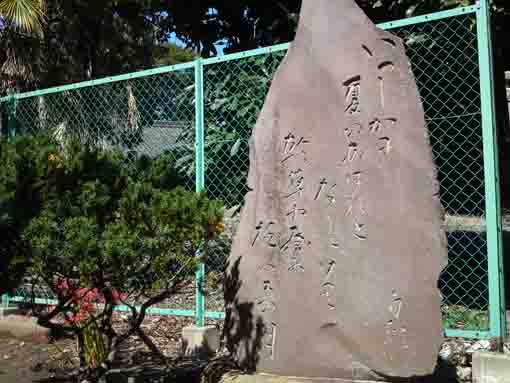