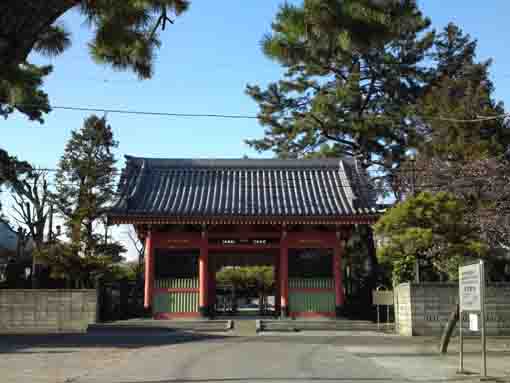 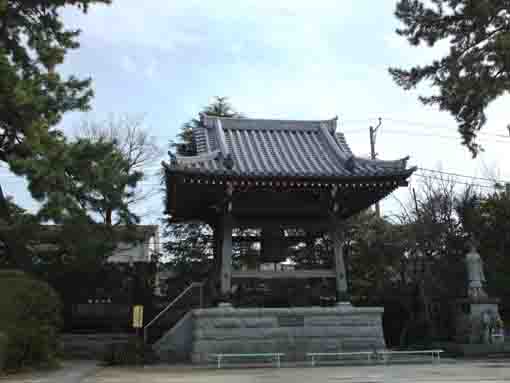 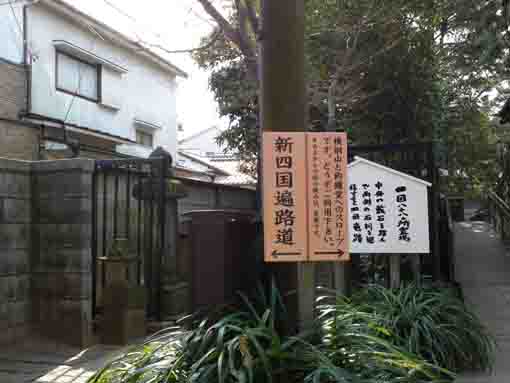 Seijusan Jizoin Zenyoji Temple in Edogawaku is very famous for the huge black pine tree named 'Yoko no Matsu' designated as the National Natural Property. And this temple is connected to the 44th Yokozuna (the title for the grand champions of Sumo Wrestlers), Tochinishiki from Edogawaku and his statue and his Yokozuna are dedicated in the Niomon Gate, and Kid's Sumo Tournaments had been held in the temple, Mt. Yokozuna in Zenyoji Temple was built by the sand of the sumo ring. Moreover, there are several very attractive landmarks such as the main hall dedicating a statue of Binzuru Sonja (Pindola bharadvaja), Fudodo Hall, the Memorial Stone Tablet for Victims of the Eruption of Mt. Asama in 1783 and Shin Shikoku Henro Michi. The exhibition of chrysanthemums is held in fall every year.
Why don't you see the landmarks in Zenyoji Temple?
page top 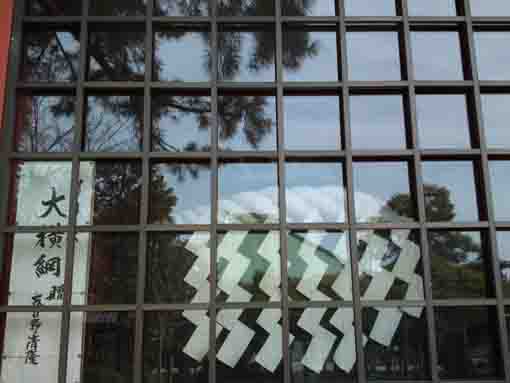 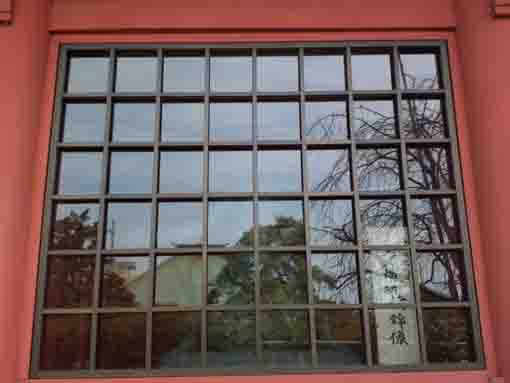 A red wooden gate facing to the south along Edogawa river stands in the end of an approach road with black pine trees is the Niomon Gate of Zenyoji Temple. Through the gate, a huge black pine tree named Yoko no Matsu designated as a National Natural Property could be seen. The fresh red gate and the natural green leaves of the pine tree give wonderful impressions. In addition, Yokozuna and the statue of Tochinishiki, a grand champion of sumo wrestling from Edogawaku are dedicated in the gate.
page top 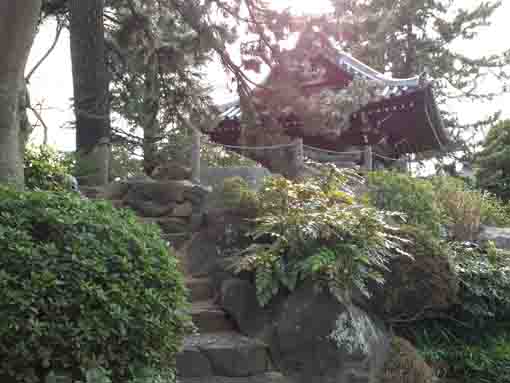 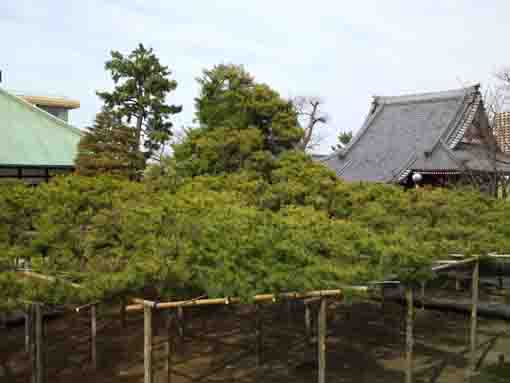 In September 7, 1970, a popular Yokozuna (a grand champion of sumo wrestling) Tochinishiki from Koiwa (the Chairman of Nihon Sumo Kyokai, Mr. Kasugano), attended the kid's sumo tournament held in the yard of Zenyoji Temple with his friends, Tochiakagi, Masudayama, Tochihikari.
Mr. Kasugano had come the sumo tournaments held in September to cheer up young sumo wrestlers since then.
This mountain called Mt. Yokozuna is built with sand having used to be the sumo ring. Respond the support of Yokozuna from our town by doing your best.

Viewing for Yoko no Matsu from the top of Mt. Yokozuna is excitingly great.

The Memorial Stone Tablet for Victims of the Eruption 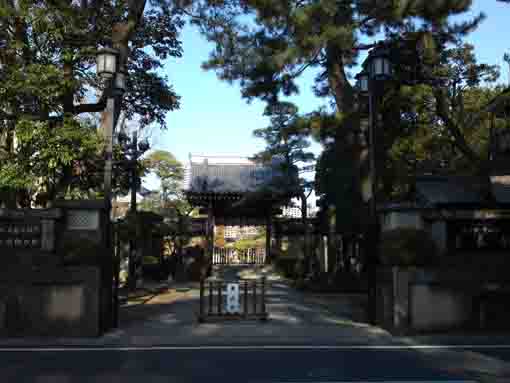 The Memorial Stone Tablet for Victims of the Eruption of Mt. Asama in 1783

In July 1783, Mt. Asama in Nagano prefecture erupted. The ashes from it fell down among Kanto region and many houses on the mountain were hit by landslides. Many dead bodies of victims by the eruption were carried by Tonegawa and Edogawa River and they reached to sandbanks near Zenyoji Temple. Villagers in Shimo Koiwa buried them in the temple. After 13 years had passed, the villagers held the memorial service for the victims of the eruption and they built this memorial stone tablet in July 1795.
This stone tablet had missed around 1955 and it was found in this temple in 1972 and was rebuilt.

March 2012
Edogawaku Board of Education

The Main Hall of Zenyoji Temple is facing to south and Fudodo is to west. Visitors could see the main hall when they enter into the temple at the niomon gate, and they could find the fudodo hall when they enter into it at the Fudomon gate. The statue of Binzuru Sonja (Pindola bharadvaja) is dedicated in the main hall. And the Fudodo hall has been called 'Koiwa Fudoson' since Edo period.
page top 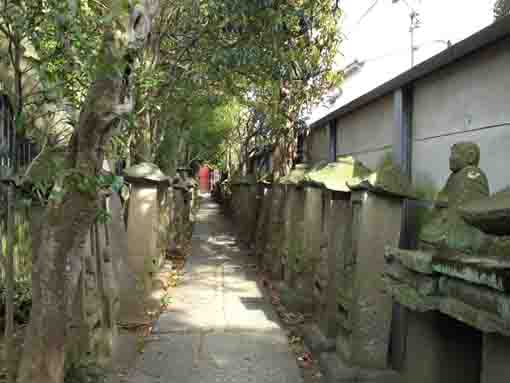 The Peony Flowers in Zenyoji Temple 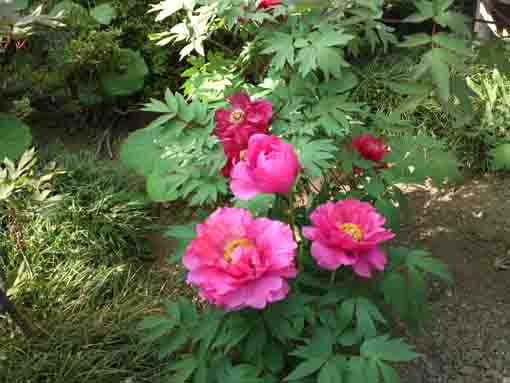 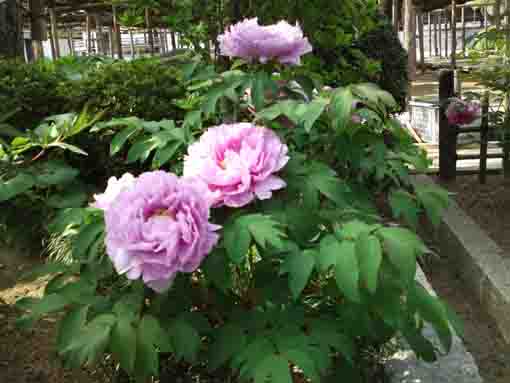 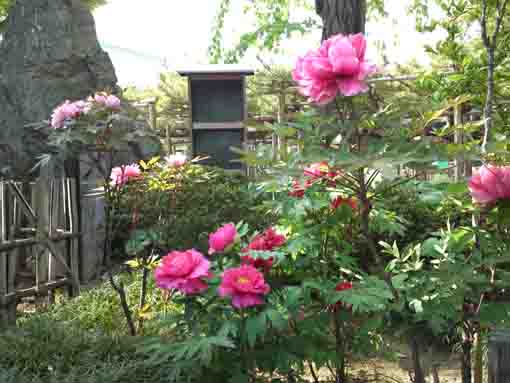 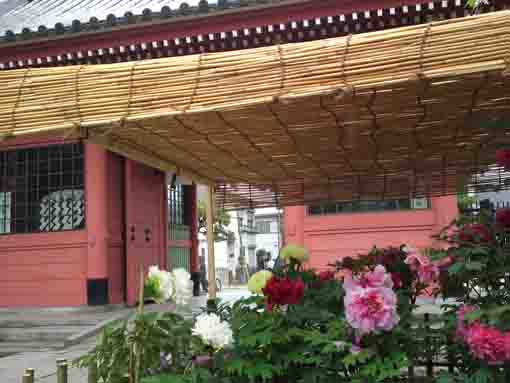 There is a small peony garden between Niomon Gate and Yoko no Matsu pine tree in Zenyoji Temple. It has many large peony flowers blooming like sun in spring.
page top

Yoko no Kiku | the exhibition of chrysanthemums 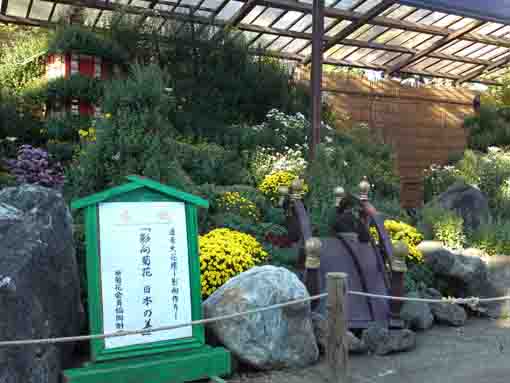 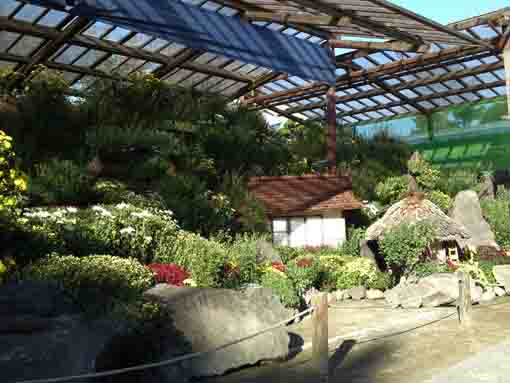 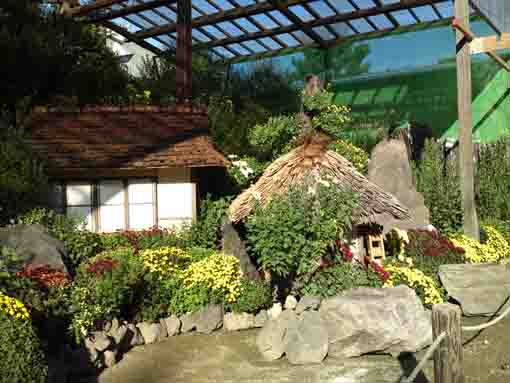 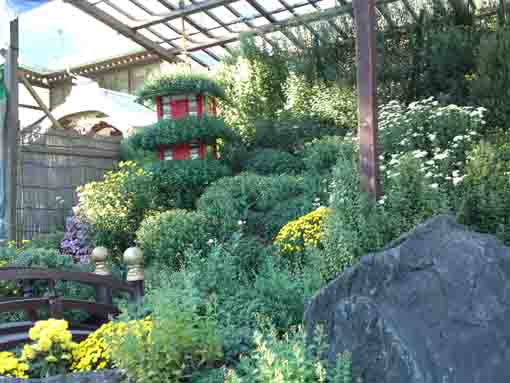 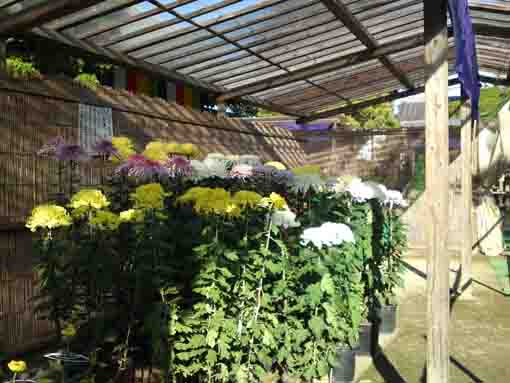 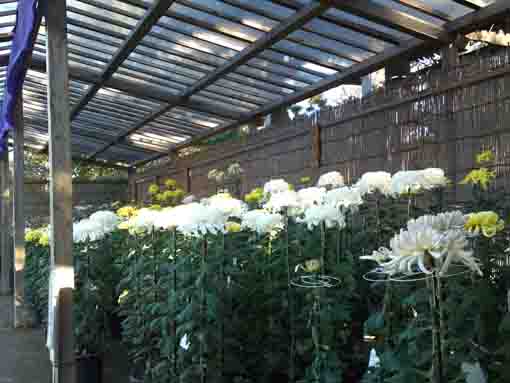