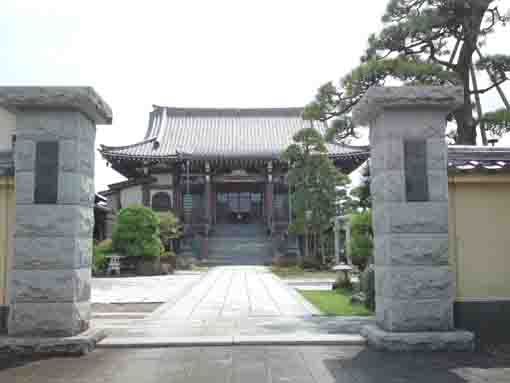 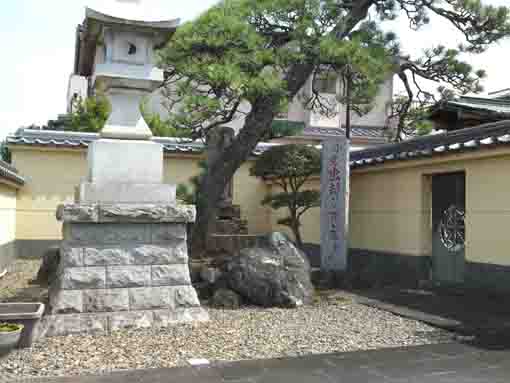 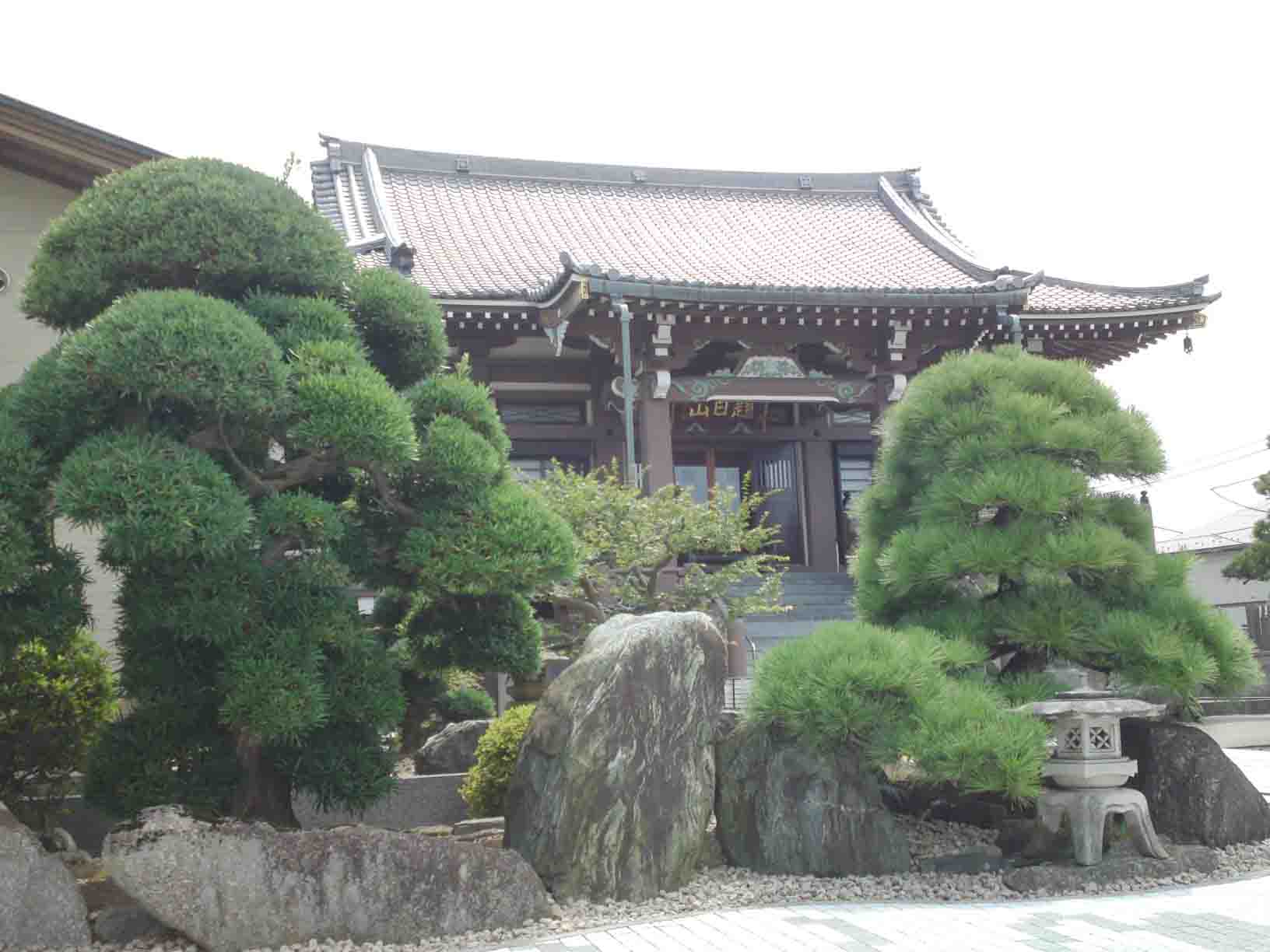 Temples on the south side of Teramachidori street running from east to west must have their gate opening toward to north, so Daimokusan Jounji Temple has its gate opening to the north, and also the main hall faces north. The main image dedicated at the temple is called 'Kitamuki no Oshoshi sama (The statue of the founder facing north). The temple was built on Urakimon (unlucky direction / south-west) of Nakayama Hokekyoji Temple, so it is the protection of the temple, then it faces to it.
Jounji Temple is surrounded with its tall walls, its approach paved with stone orderly and beautifully trimmed pine trees in such modern style temple give visitors exciting impression.
Why don't you visit Daimokusan Jounji Temple?
page top 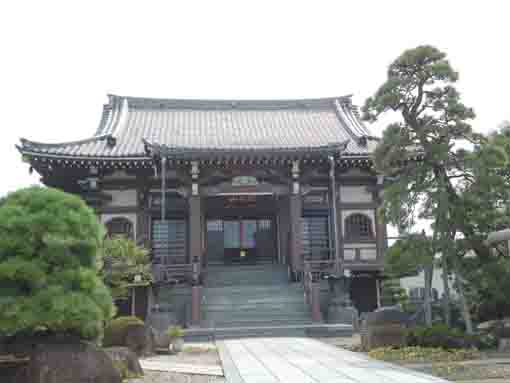 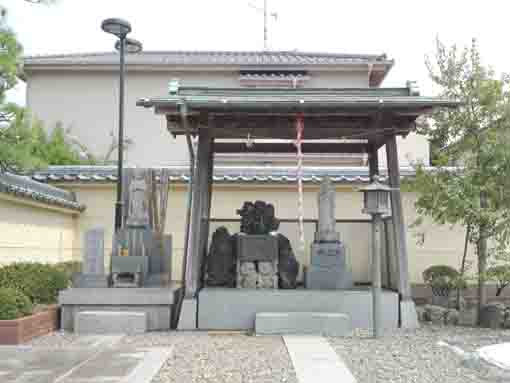 Jounin Nisshin belonging to Noji Family who were a retainer of Hojo Clan in Odawara built Daimokusan Jounji Temple in 1616 to dedicate the principle image given by Nakayama Hokekyoji Temple instead of his donation a bronze Daibutsu (a statue of Great Buddha) to Hokekyoji Temple.

The principle image is Dokkyo Nichiren Daibosatsu (a statue of the founder Nichiren reading sutras. It is also called Makuragaeshi no Soshi (the founder replacing pillows). This statue was carved by the venerable Nichiyu, the 3rd abbot of Hokekyoji Temple. He had said that it would be dedicated in a hat built on my tomb after my death.
It was said that chants '南無妙法蓮華経 (namu myoho renge kyo)' heard from this statue while visiting the hat.

It is traditionally wrong manner that people sleep with their head facing north, and also people do not set their feet to someone who are respectable when they sleep.
A chief priest at Tokuganji Temple on the north of Jounji Temple slept with his head facing north because he was sorry for that he would set his feet to the principle image of his temple. It meant that he set his feet to south, and there is Jounji Temple on the south of Tokuganji Temple
However, his head faced south when he woke up. He could not know what had happened with him. And he heard a chanting voice from Jounji Temple. But nobody stayed there at that time. The chief priest wondered it. But this could be happened again and again. Everybody tried it, they all faced Jounji.
Since then, the principle image of Jounji has been called Makuragaeshi no Oshoshisama (the founder replacing pillows)


The Legend of Katsu Hime (the Princes Katsu) 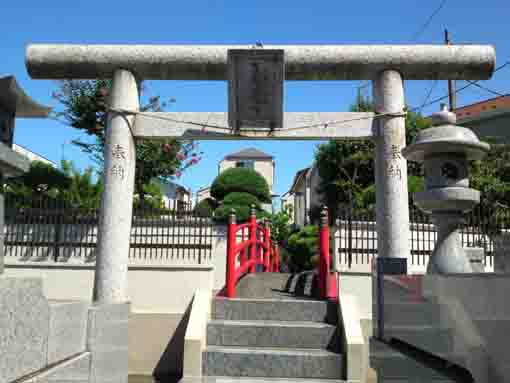 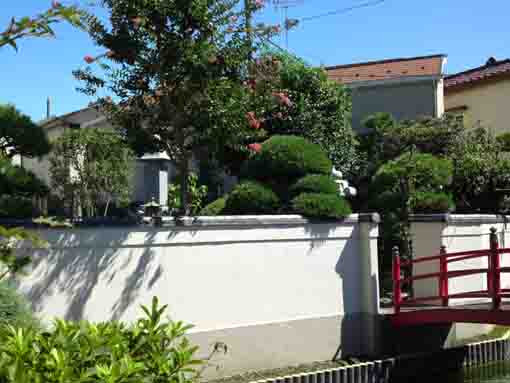 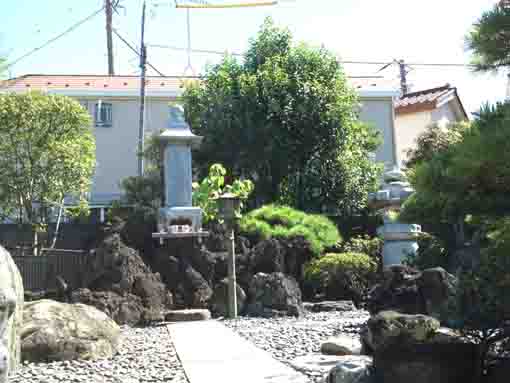 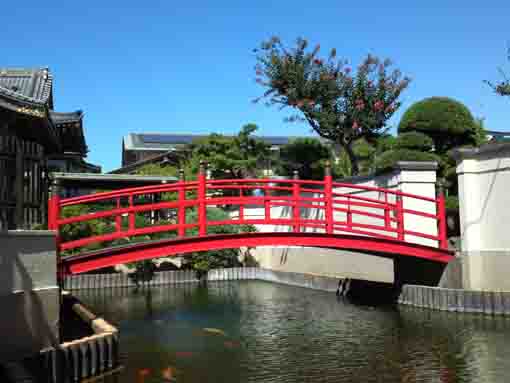 Katsuhime Ryujin (The Dragon God of The Princess Katsu) was dedicated by the venerable Nichiei, the 34th chief priest of Jounji Temple to appease the spirit of Katsu Hime who was a daughter of Ujinao Hojo, the fifth generation of Hojo Clan in Odawara. She lost her life in Gyotoku after she had escaped from the Siege of Odawara by Hideyoshi Toyotomi and ruined the Odawarajo Castle. Nichiei feel pity her life and built a small shrine for her.

The Stone Tablet of Katsuhime Ryujin
At the ruin of Hojo Clan in July 1590, the daughter of Ujinao Hojo came to Gyotoku with the venerable Nisshin who built Jounji Temple and they prayed to the Buddha for the repose of Hojo Family's soul. In fall, she killed herself at age of 18 years old because of some reasons. However, Nisshin secretly held a service for her without any tombs for her for decency's sake. For several hundred years had passed, any memorial services for her never held in the temple. Fortunately, Noji Family faithfully believing Jounji Temple donated to called the soul of the princess and worshipped Hojo Family as the guardian deities of Daimokusan Jounji Temple. It is very wonderful that people have any diseases and pains would be removed them and be given long lives when they visit and pray for Katsuhime Ryujin. 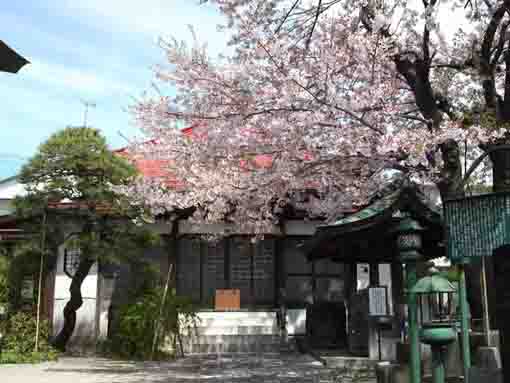