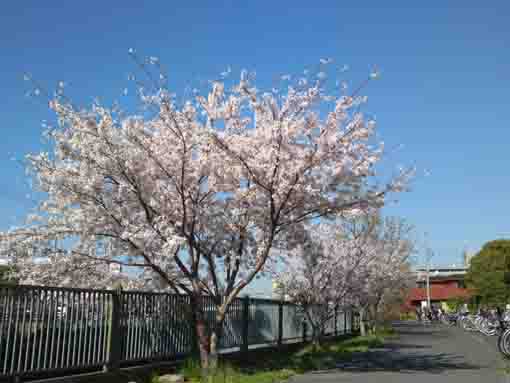 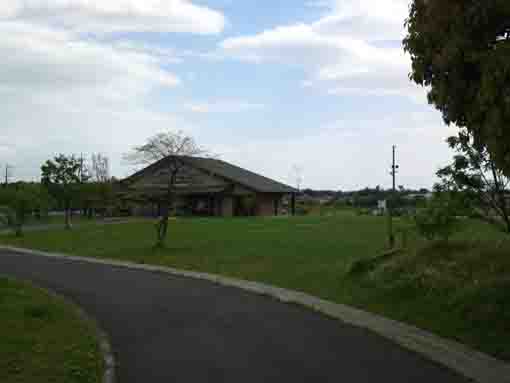 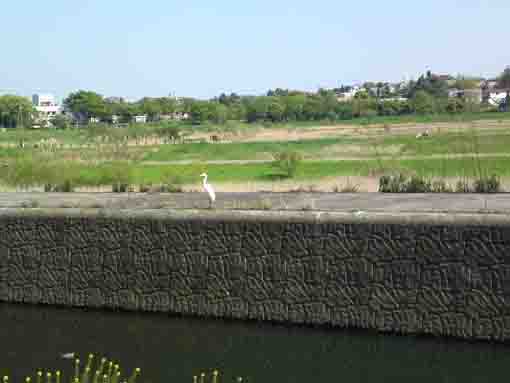 Oogashiwagawa Daiichi Chousetsuike Ryokuchi is a park opening in the east bank of Oogashiwagawa River that is a retention basin to save the area from some floods. This park is about 8.7 hectors of the land. And some wild birds such as goshawks, common Indian kingfisher, teals, mallards, coots, pheasants, little terns, green herons and so forth sometimes fly to the park and they could be seen in it. And there are reeds, some kinds of cattails and so forth seen in the park. Moreover, there is Oogashiwagawa Visitor Center standing north bank of the park that exhibits some panels introducing the functions of the retention basin, nature of the area and sea shells buried in the strata of Jomon Period during constructing terms of this park.
Oogashiwagawa Daiichi Chousetsuike Ryokuchi Park is a wonderful park where restores the nature of Katsushika ever had and visitors could enjoy walking and seeing some wild birds in it. Why don't you visit Oogashiwa Daiichi Chousetsuike Ryokuchi Park?
page top 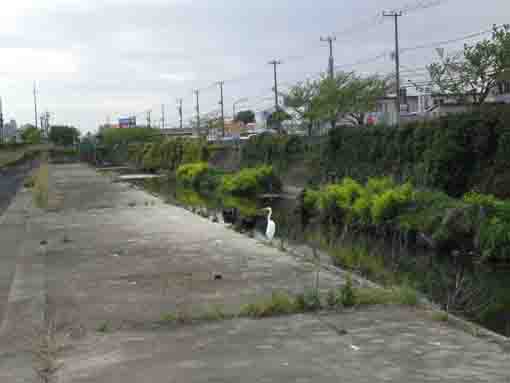 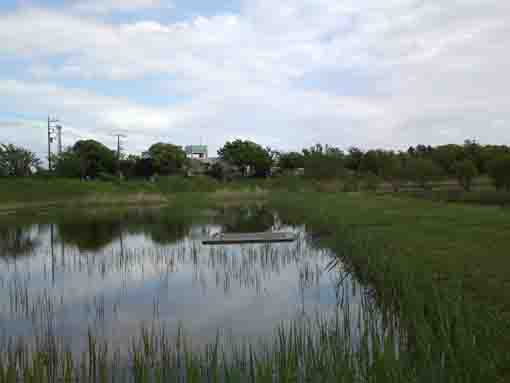 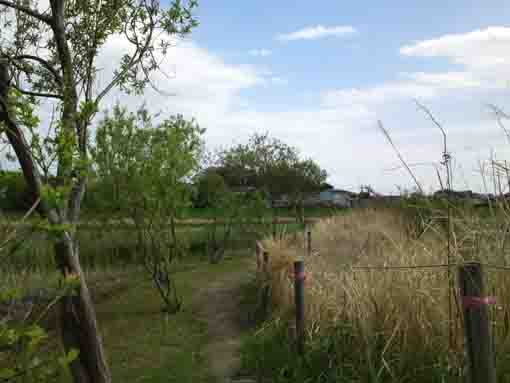 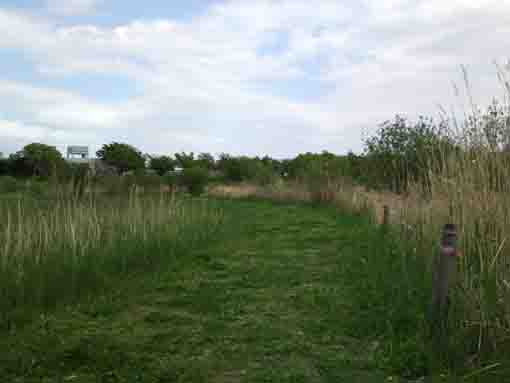 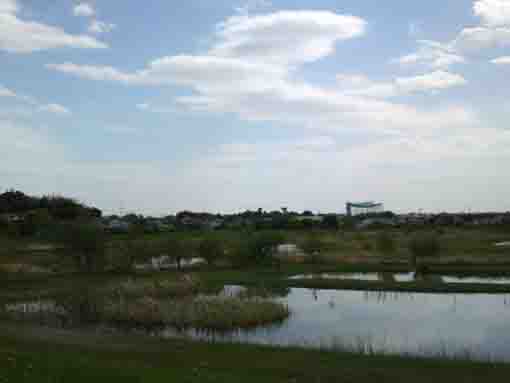 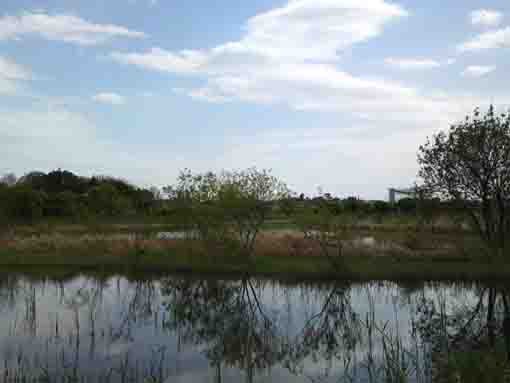 Long time ago, there were some rice paddies, fields and streams near people living in the areas now called Ichikawashi and they saw many birds, animals, butterflies, insects and plants having lived there in each season. This environment that had been preserved by the relationship between the nature and the people lost a lot during the urbanization.
Oogashiwagawa Daiichi Chousetsuike Ryokuchi is not only a retention basin to reduce damages of floods, but also a nature observation park to restore the nature of water lands having been in Ichikawashi. This plan was based on the suggestions of citizens of Ichikawa city.

The map of the noted spots along Oogashiwa River 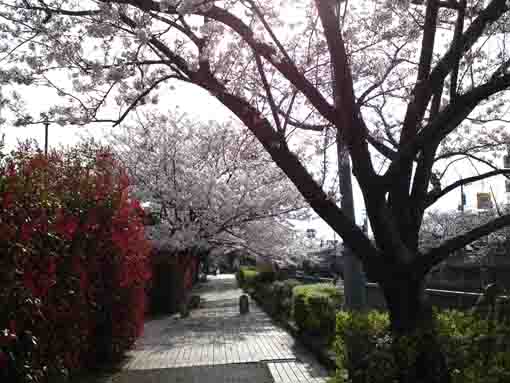 In spring, over 3 kilometers long lined cherry trees along it bloom and decorate brightly the river.

Some wild birds and plants live in this water park. 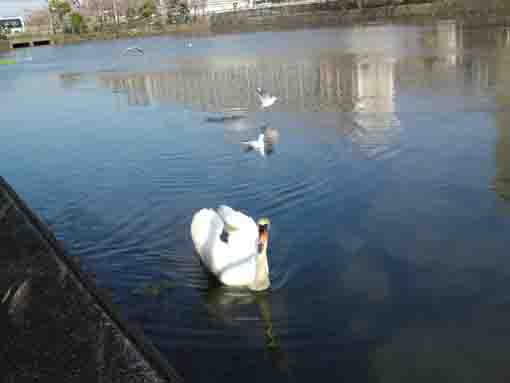 Many wild birds and waterfowls fly to the ponds surrounded by many cherry trees in the park. Spring is the best season. 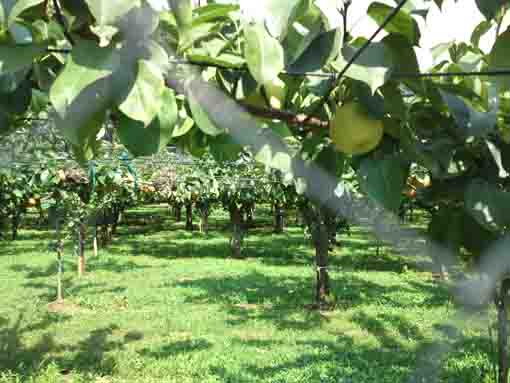 A Walk on Oono and Oomachi

There are many pear gardens in Oono and Omachi. And also many legends connecting to Masakado Taira and Nichiren remain there. 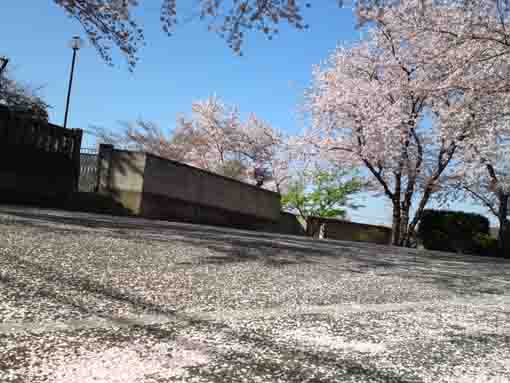 A Walk along Mamagawa River 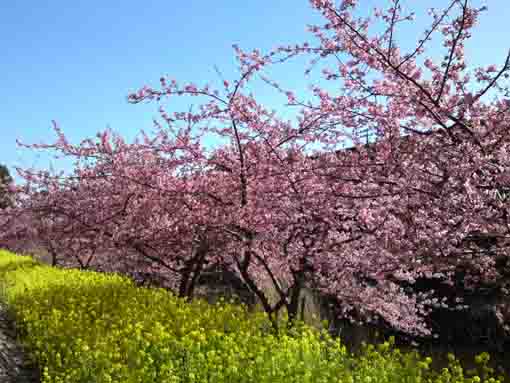 A Walk On Edo Gyotoku