Matsuura no Kane | the bell tower on the road in Mizumoto 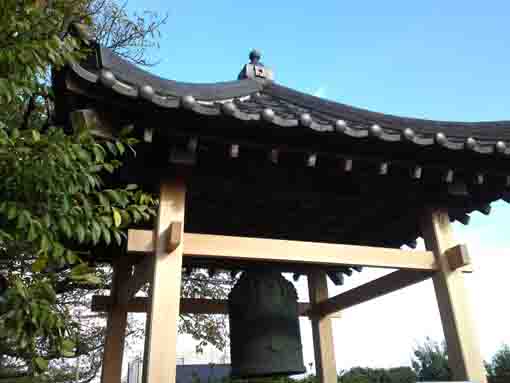 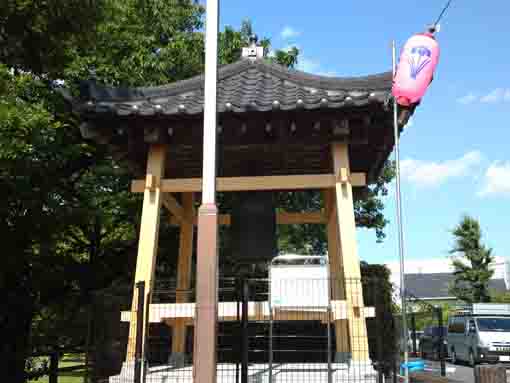 Matsuura no Kane is a bell standing on a pedestrian road along Mizumoto Park. This bell is a cultural property of Katsushikaku. People in general think why this bell is standing on the road. It is very sad story that the temple that had had it was destroyed while the law of the separation of Buddhism and Shintoism and the anti-Buddhist movement in Meiji Era. Villagers had supported the temple kept this bell carefully. In spring, sakuras bloom around it, fresh green decorates it in summer, colored leaves paint it in fall, and it stands on the road powerfully to show the traditional Japanese beauty. Matsuura no Kane does not only decorate Mizumoto Sakura Tsusumi, but also it excites curiosities of people passing by. Why don't you visit it?
page top

The Bell called Matsuura no Kane in 5-5 Higashi Kanamachi, Katsushikaku was registered as a cultural property in March 19th of 1977.
In 1757, the bell was donated by Nobumasa Kawachi no Kami Matsuura (1693 - 1769) who was a land owner of Shimo Koai Village (now Mizumoto) and worked as a Nagasaki Bugyo (the chief officer of the police station in Nagasaki) and Kanjo Bugyo (the chief officer of the accounting division in Edo Bakufu). He later retired and he was buried at Ryuzoji. The bell was cast by Riuemon from Sano Shimotsuke (Tochigi Prifecture), it is 121.4 cm tall and 68.5 centi-meters diameter. 4 Sanskrit letters are on the center part of it. In 1765, Toshu Katsu, a priest of Hosenji in Totomi (Shizuoka) scribed the inscriptions on it. Under the government after Maiji Restoration, some Buddhist properties had been destroyed and thrown out under the law of the separation of Buddhism and Shintoism and the anti-Buddhist movement, Ryuzoji were one of the examples. After Ruzoji was destroyed, the bell was kept by the village, the villagers had rung it when they had had floods and some disasters.
Anyway, the gravestone of Nobumasa looks stone disk is standing in Hojiin in Aoto Katsushikaku.
Katsushikaku Board of Education 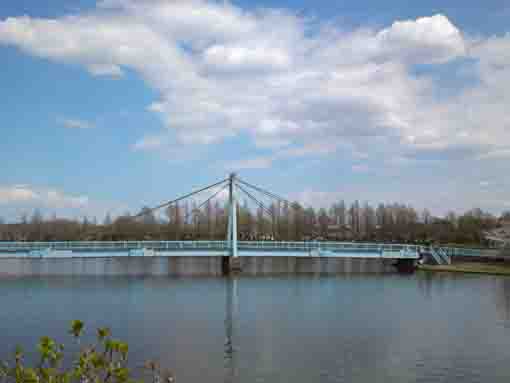 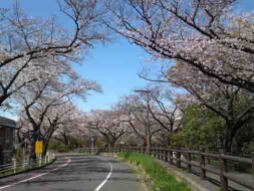 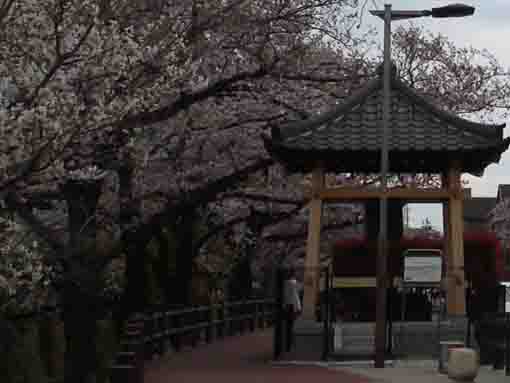 It stads on a pedestrian road along Mizumoto Park. 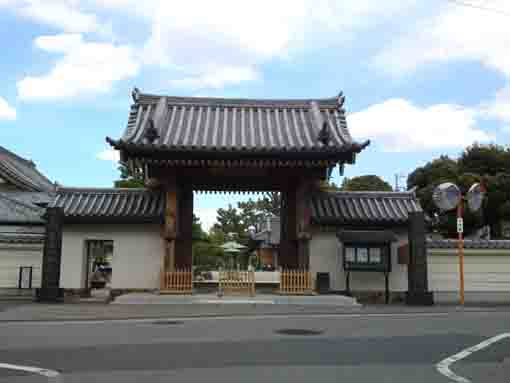 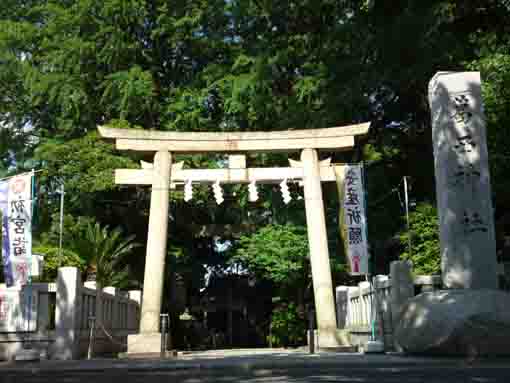