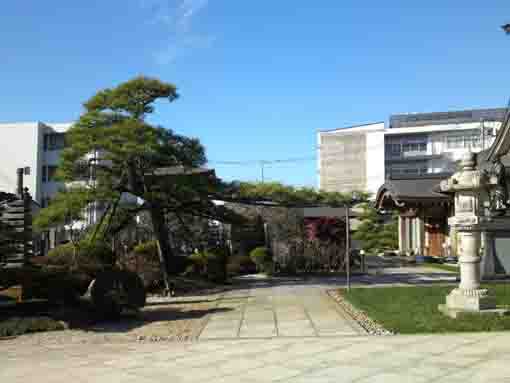 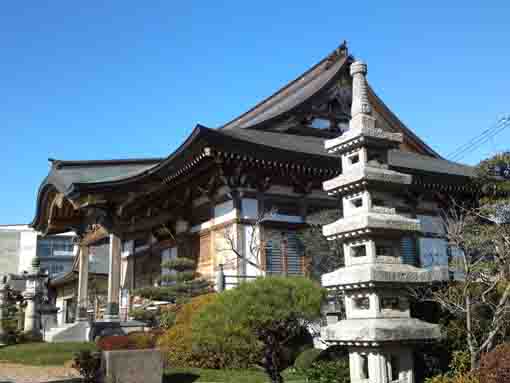 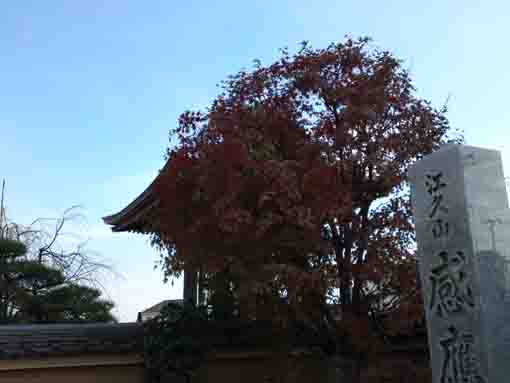 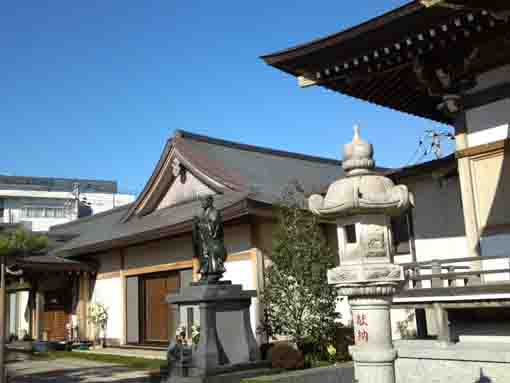 Kokyusan Kannouji Temple in Ichinoe belonging to Nichirenshu was built in early Kamakura Period. The bell hanging on the bell tower was cast by a Masatsugu Ota who cast the bells in Sensoji in Asakusa and Gotokuji in Setagayaku, too. According to Shinpen Musashi Fudokiko (a geographic guide book describing Musashi province in Edo period), this temple was a blanch temple of Nakayama Hokekyoji Temple, and the statue of the founder Nichiren dedicated in the main hall was carved by the venerable Nisshin. The garden in it is well arranged. Why don't you visit Kokyusan Kannouji Temple?
page top

Kannouji Temple belongs to Nichirenshu and it is also called Renkoin. It was built in 1205 by Kunen, at his time, the beginning of this temple belonged to Shingonshu, but it was changed to Nichirenshu in 1288 by the venerable Sanmi Nisshin after discussions about Buddhism. There were two blanch temples, Renmeibo and Zerinbo. The principle image of this temple is the wooden statues of a tower, Shakamunibutsu, Taho Nyorai, and 4 Bosatsus, Jogyo, Muhengyo, Jogyo and Anryugyo Bosatsu.

■The Bell in Kannouji Temple

The cultural asset of a craft registered by Edogawaku in February 1982
It was cast in 1698 by Masatsugu Fujiwara, the master of craft men in Edo period. It was known as a beautiful bell at that time. This bell is a beautiful product in Genroku era.

The cultural asset of historical records registered by Edogawaku in February 1989
Nichize opened writing school in.Zerinbo, one of the blanch temples of Kannouji. On the side of his grave stone, there are some Chinese letters 'Fudeko chu (the writing school)' and on the opposite side, 'Yume no yo ya, niju yo nen wo tuki no tsuyu (in the world in my dream, 20 years are like dews of the moon)'.

December 2002
Edogawaku Board of Education 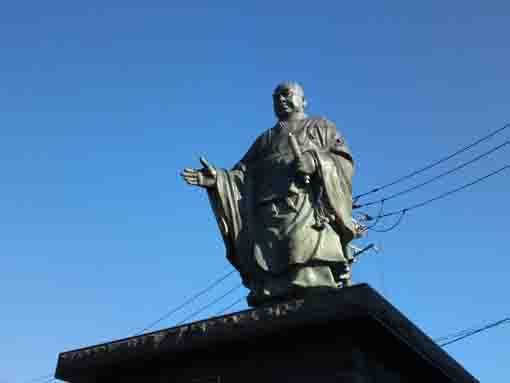 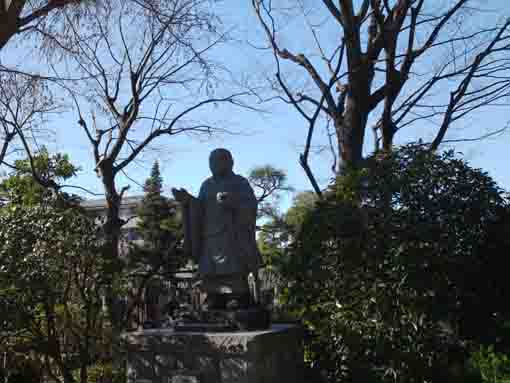 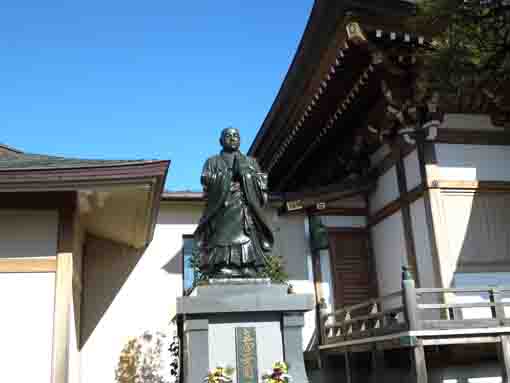 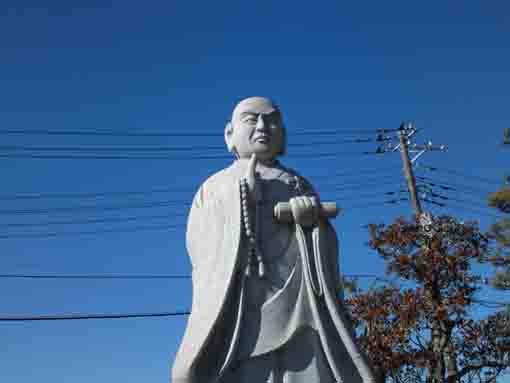 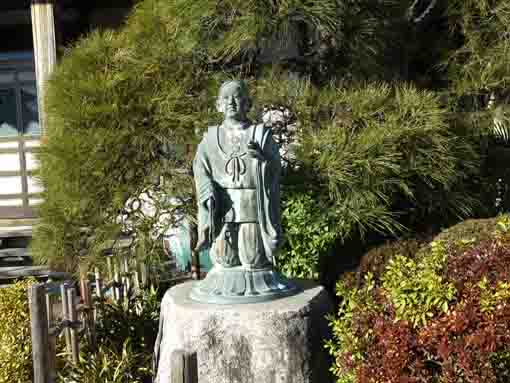 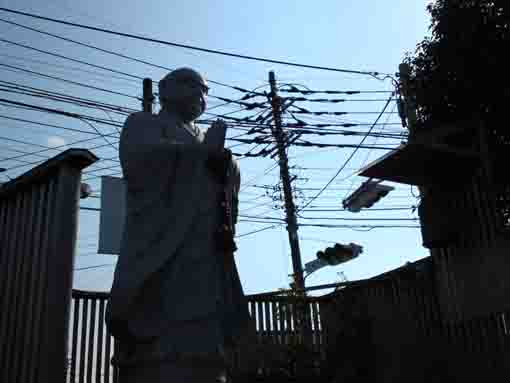 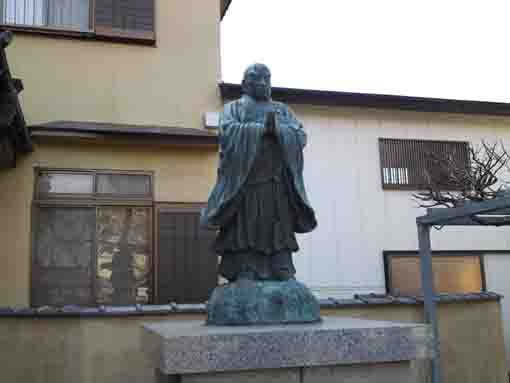