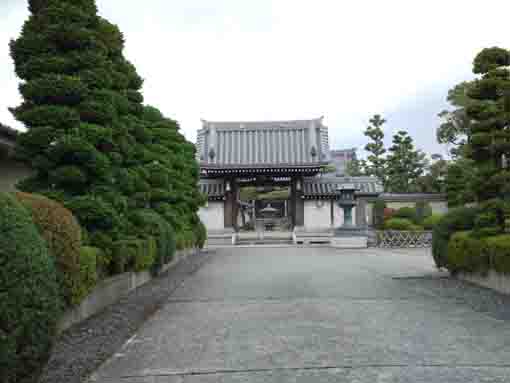 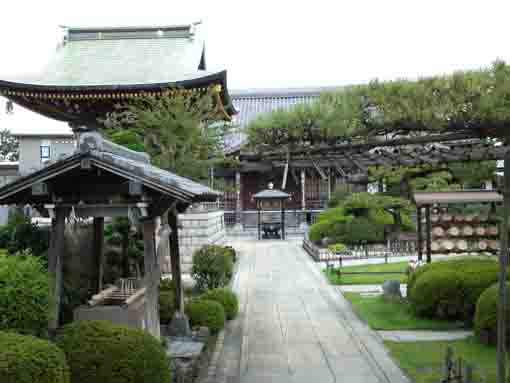 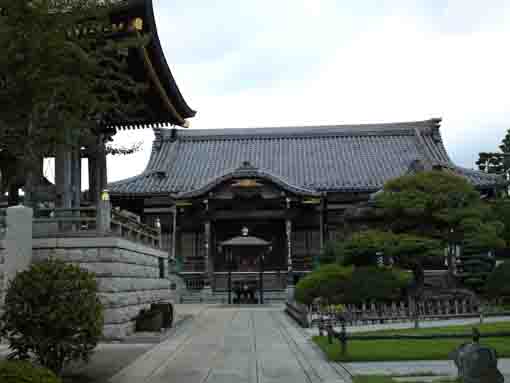 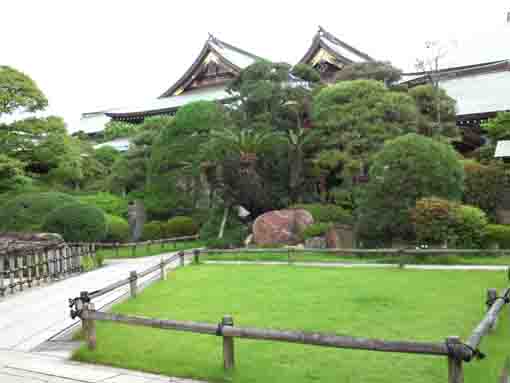 Rieisan Choshoji is a temple belonging to Nichiren Sect in Ichinoe Edogwaku. It was built in late Sengoku Period, 1585, by venerable Nisshin. It was first a branch temple of Myokakuji next to it, later it became a branch temple of Nakayama Hokekyoji Temple. Choshoji Temple is along Ichinoe Sakaigawa Water Park that shows fine vies in every season. Inside the tall walls separating from a crowded street, there are beautiful green garden with many pine trees and lawn grass in front of old wooden buildings such as a main hall, a bell tower and so on. In spring, there are full blooming pink azalea flowers decorating whole site of the temple. Rieisan Choshoji Temple is one of the beautiful temples when people walk along Ichinoe Sakaigawa Water Park. Why don't you visit it?
page top 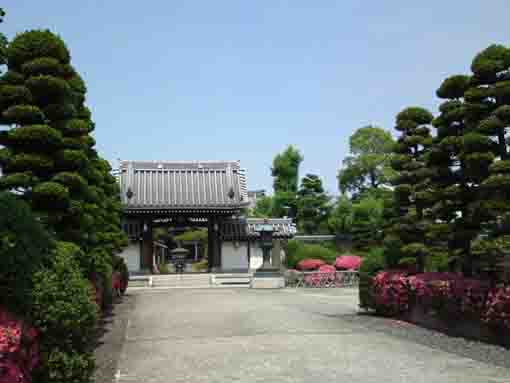 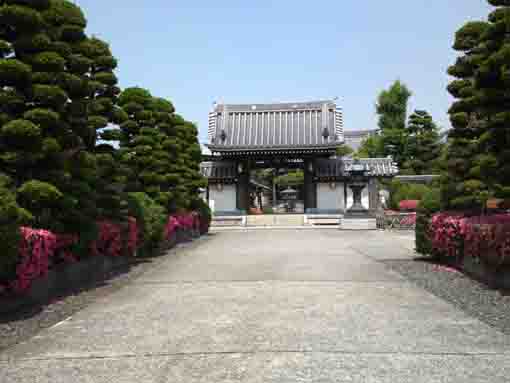 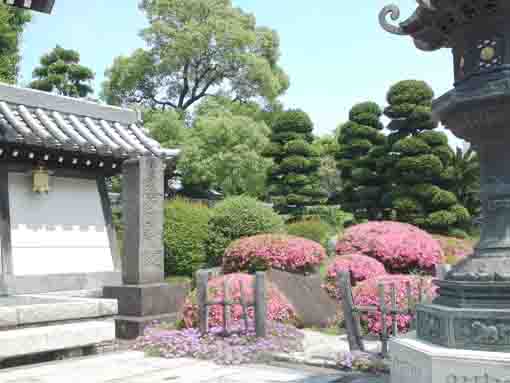 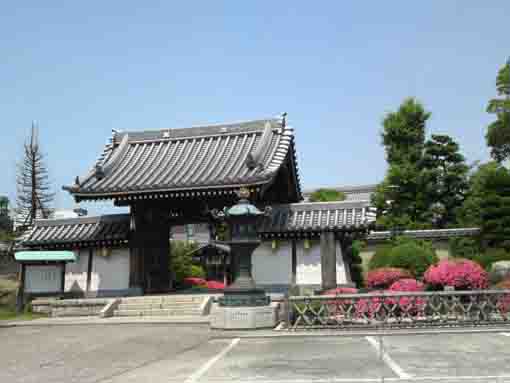 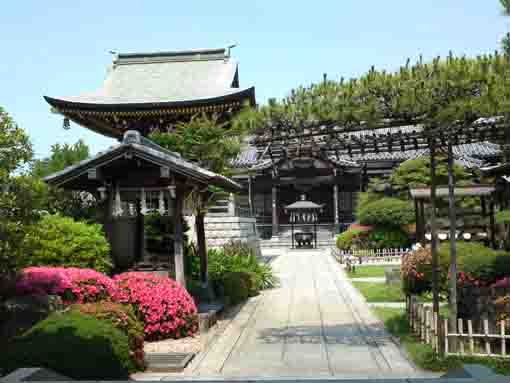 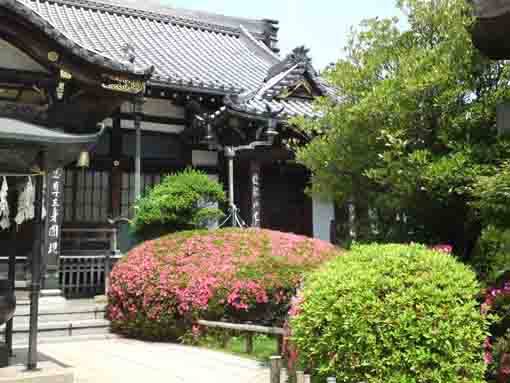 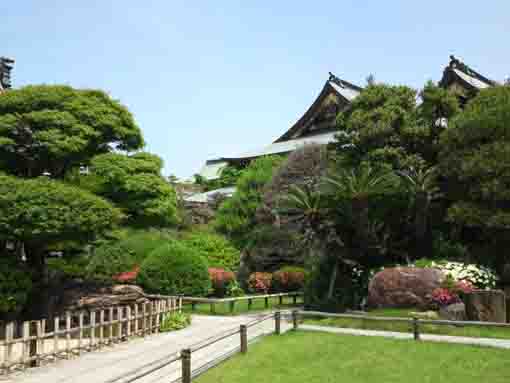 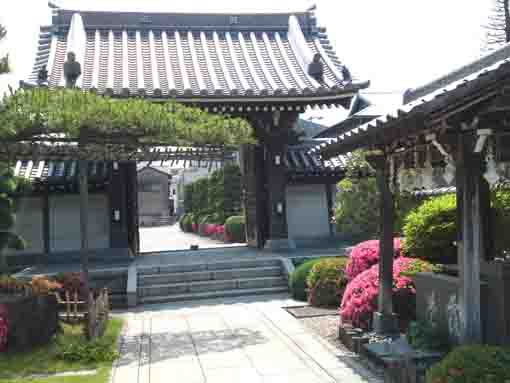 The garden in Rieisan Choshoji Temple is always full of green, but in late spring, pink azalea flowers paint the garden and visitors could know the seasonal views.
page top 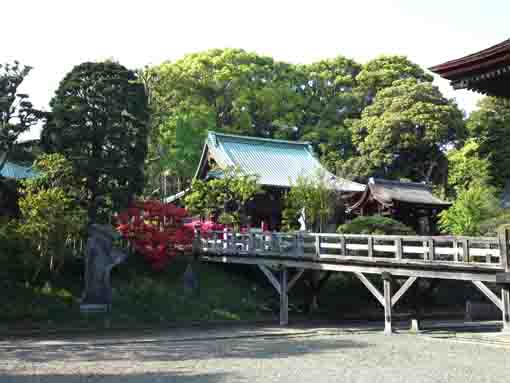 The azalea flowers beautifully decorate some important old buildings in this temple. 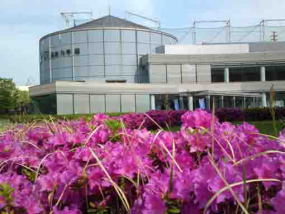 The azalea flowers are planted around buildings.

It has a beautiful garden with pink azalea flowers in spring. 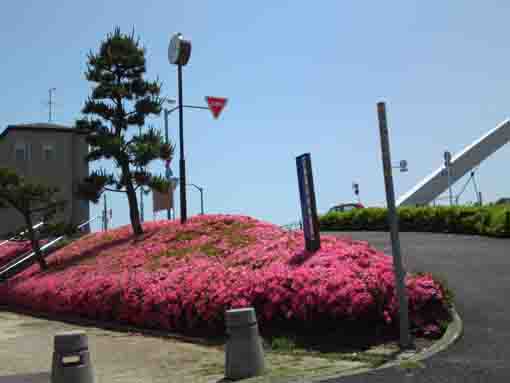 In spring, the walls of pink azalea flowers are appeared in it. 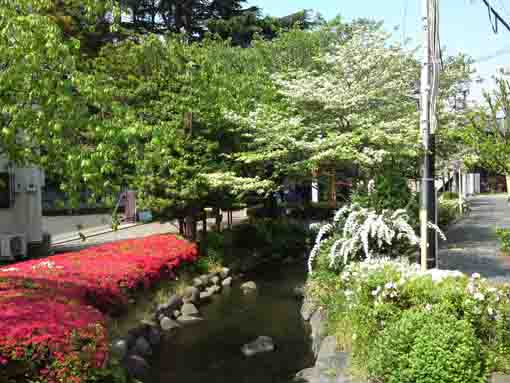 The azaleas planted along the small spring in the park. 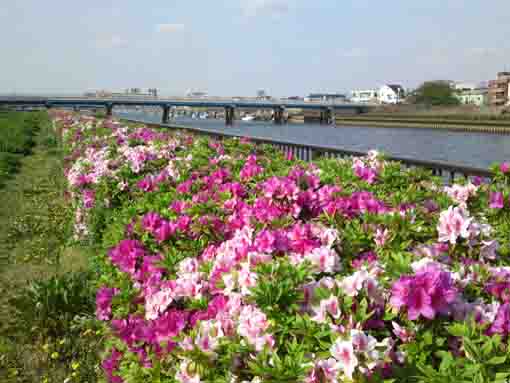