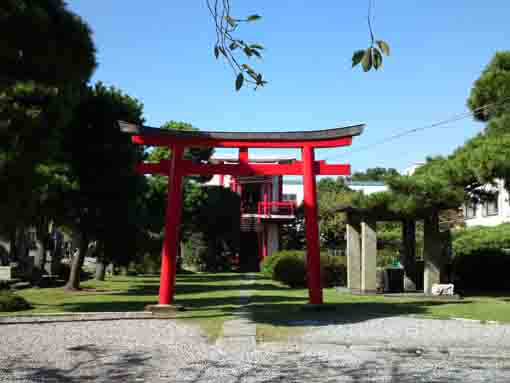 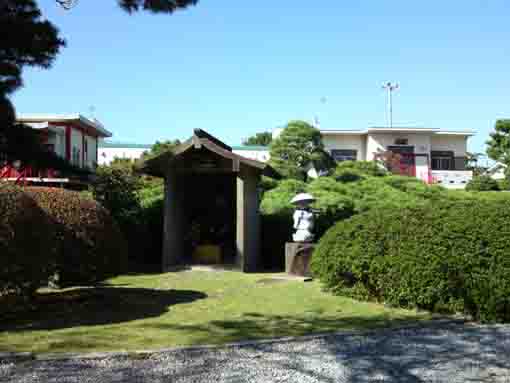 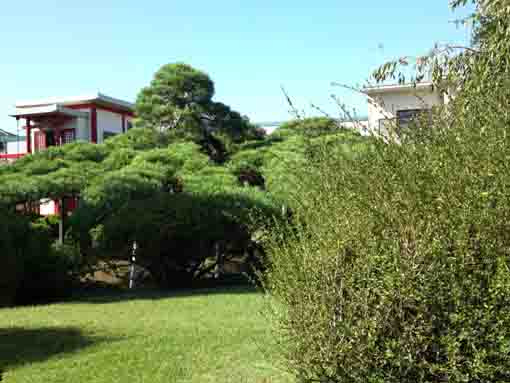 Jushoin is a popular temple having called Matsumoto Benten. A small hall with white walls with red flames on the long steps behind a red torii in green grass looks modern. On the center of the site, a huge pine tree spreading its long branches called Garyu no Matsu (a pine tree looks like a sleeping dragon) that is registered as a natural property of Edogawaku is strongly standing. Jishoin covered with much green is excitingly beautiful. Why don't you visit this temple?
page top

The History of Jushoin (Matsumoto Benten)

Jishoin is an old temple belonging to Obakushu. It was built in 1684 by Jushoin Keigetsugenko Zenni. She started settling this area in Kanbun Era (1661-72), she lived in a small hut here to dedicate a statue of Benzaiten to pray for recovering sickness.
The principle image of this temple is a statue of Senju Kannon carved by the nun in 1669. And it has been called Matsumot Benten named after the sculpture.

□ Garyu no Matsu (a pine tree like a sleeping dragon) registered as a natural property by Edogawaku.
This black pine that is supposed over 500 years old has some surprisingly long branches. According to Kasaishi (published in 1821) and Shipen Musashi Fudokiko (in 1828), it has many small branches like a umbrella on a long branch coming out of a trunk on 30 centimeters from the ground. Most of the branches had lost in Taisho Era (1912-26). 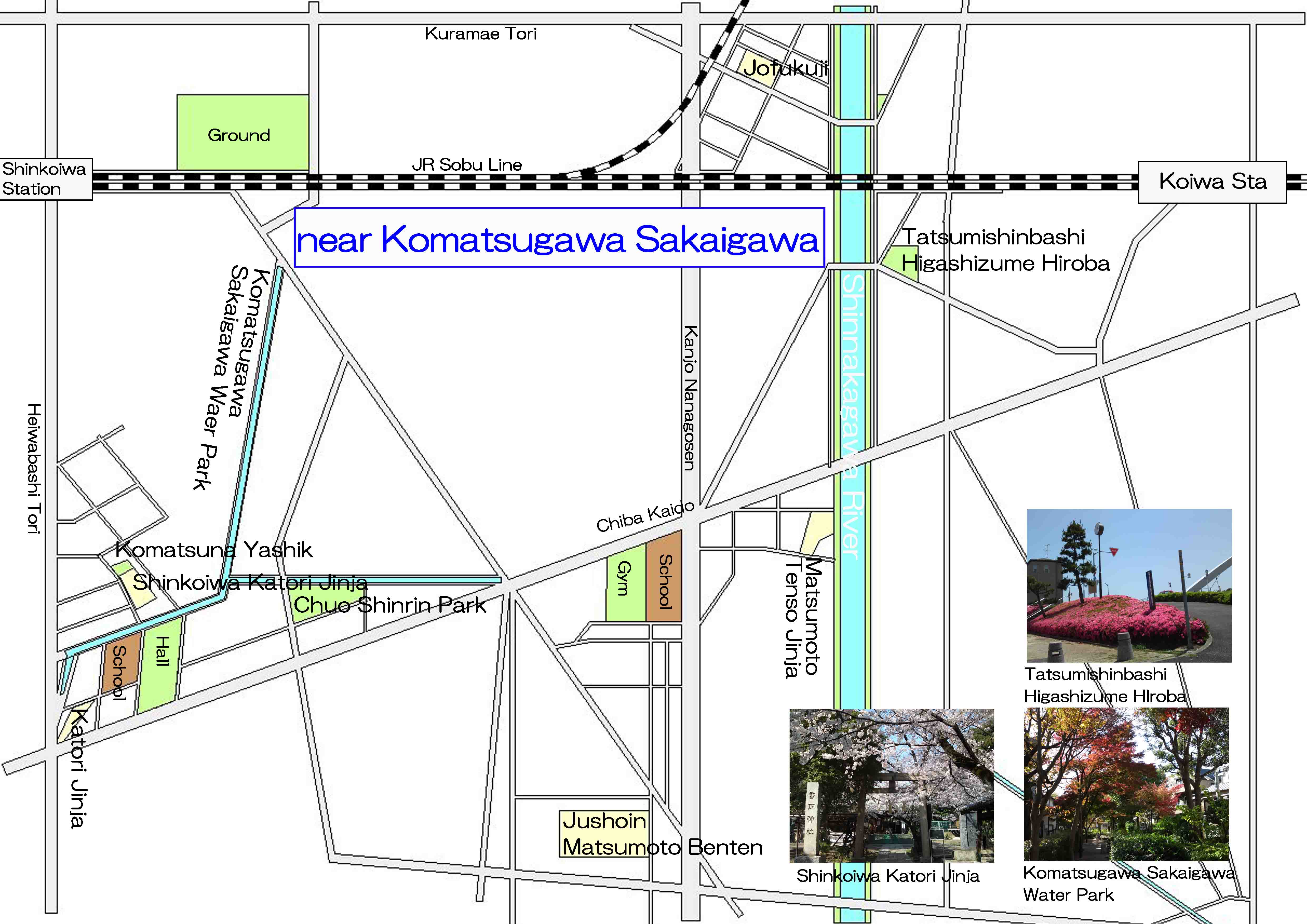 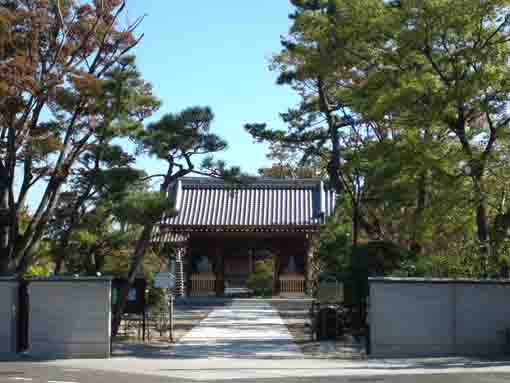 It has a large pain tree called Garyu no Matsu in it.